Summer E-Zine
The Hottest Issue Yet!

Thank you to our guest Editor, Alexis Kelly. The E-Zine is now going to four issues a year. See you in October for our Fall E-Zine! 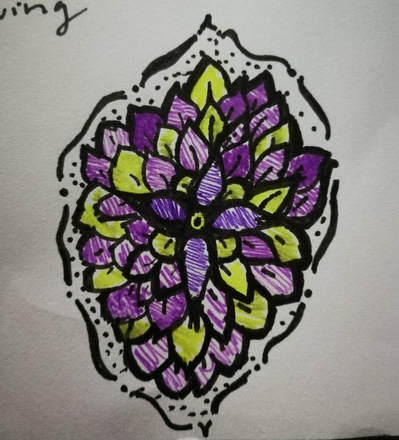 I stumble and
c
r
a
s
h
Believing that I'm fine
I get up and fly. 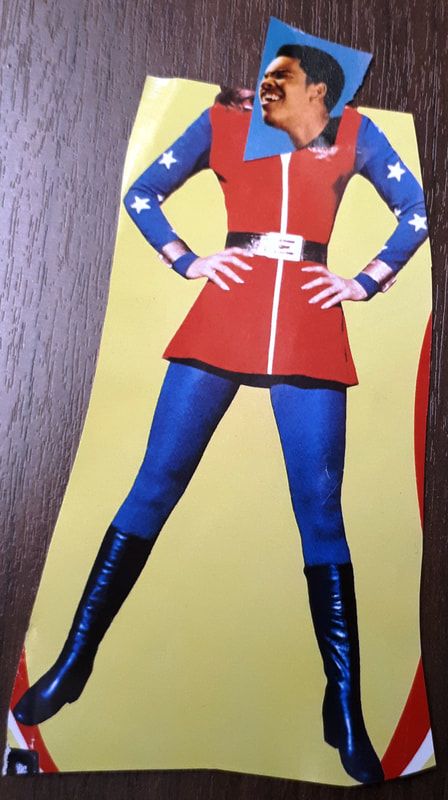 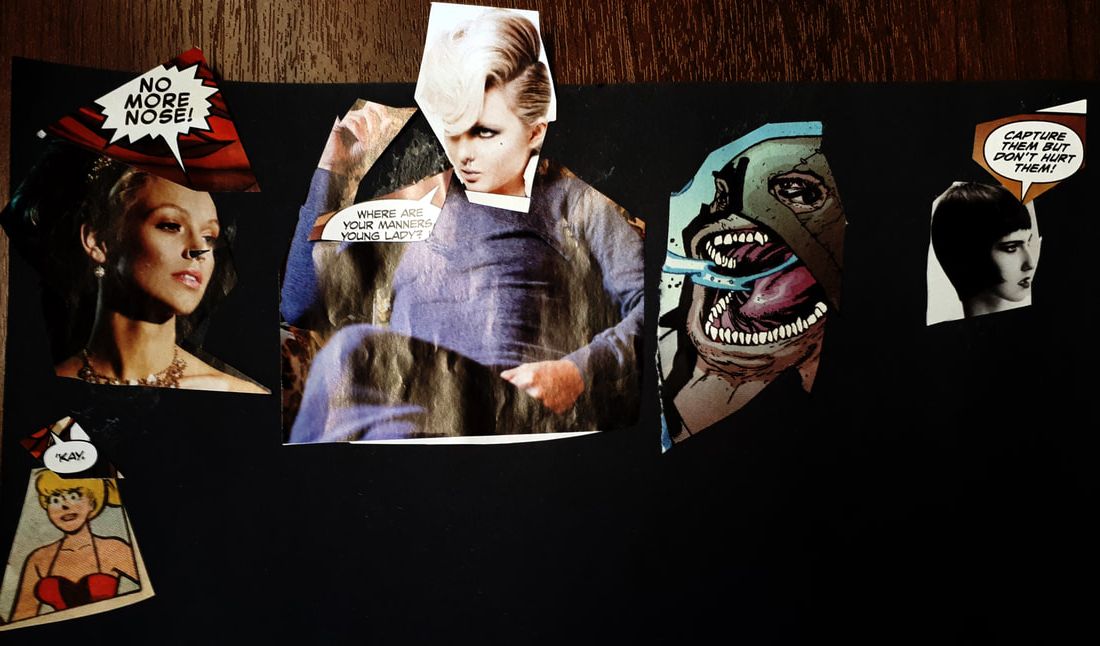 Dear Darth Vader,
People generally irritate me. What can I do about this?
- Awesome

Dear Awesome,
Use the force and if you're not good at irritating people make them irritate themselves.

Dear Savage Opress,
We feel so left out. When Noah left in his ark he took mosquitos but not us. How do we get over this?
- The Unicorns

Dear Unicorns,
You should stage an uprising and use your horn to stab the person who slighted you.

Dear Sun,
I walked through the wadrobe in the spare roomand met a nice lady who offered me candy. What should I do?
- Sweet Tooth

Dear Sweet Tooth,
Burn them. Burn them all. Then blow their remains up using nuclear fusion. Perfect. That's it.

Dear Venom,
I've had this mysterious scar since I was a baby. Does that mean I've defeated the Dark Lord? Sould I be learning spells just in case?
- Worried

Dear Worried,
Don't learn any spells. Too much work. You'll be fine.

Dear Lord Voldemort,
My best friend wrote, "I love Linda" in the boys bathroom. How do I let him now that LInda is in the girls bathroom?
- Bathroom buddy

Dear Bathroom Buddy,
I guess you could just tell him face to face so it'll get through to him that girls don't go in the boys bathroom.

Dear Voltrak,
My boyfriend is always talking about the girls he used to date. It hurts my feelings. Whyat should I do?
- Invisible

Dear Invisible,
Murder his girlfriends to shut him up. As for your feelings, get over it.
- Sincerely your favorite murder and model Voltrak 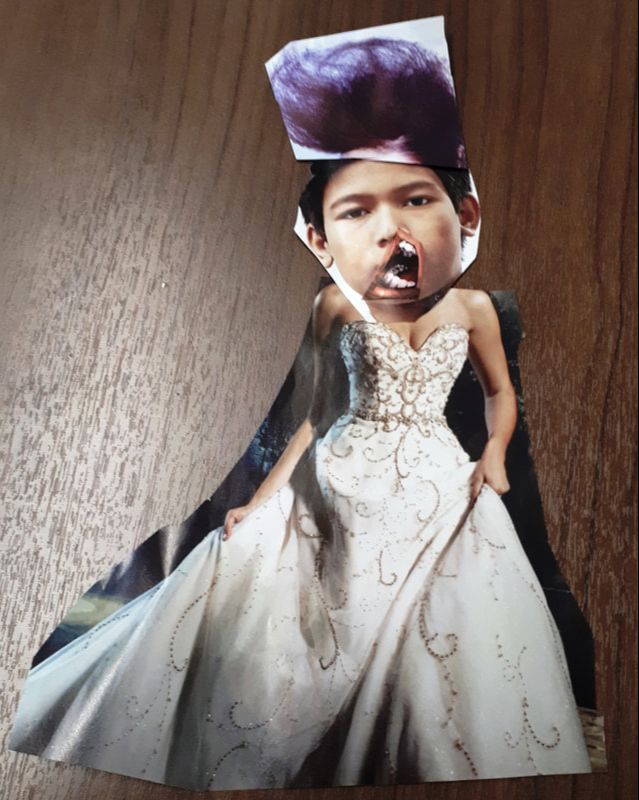 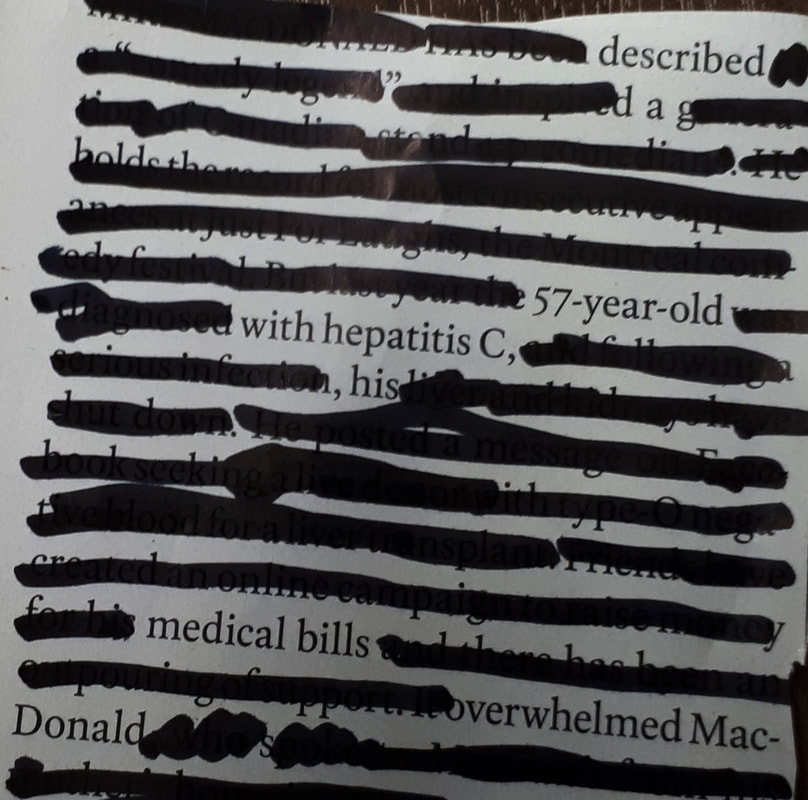 We've Got a Goose Situation... (An Apocalyptic Dialogue)
By RIO Prime

​Mayor Gord: How can we defeat this goose? Can you fight?
Todd: I have a frying pan. But I think we need to do something more permanent than fighting.
Ersa: Than let’s deliver pizza to the ducks!
Mayor Gord: But pizza is so good! Why would we waste it on these nefarious birds? Useless… it was POISONED pizza?
Ersa: No way! We don’t make pizza! We deliver it!
Mayor Gord: Well do you know where we can get some poisoned pizza to deliver?
Ersa: No. Do you think we are killer pizza people!?
Mayor Gord: I’m sorry, but Todd seems to agree with me.
Ersa: Don’t listen to that crazy!
Todd: Who’s crazy? Let’s make this poisoned pizza and we can mark the boxes with a heart so we know not to eat the,.
Killer Beast: No
Diana: We need to find the thing that’s making it happen,
Killer beast: The baby wants to go kill some evil beast that looks like goo.
Baby: uh huh
Todd: uh want some pizza?
Zoe: No
Killer beast: of course.
(Honk Honk Honk Chomp)
Killer beast: Yes.
Baby: Let’s go.
Killer beast: Yes
Kittiecup: I can’t go, I’m not ready,
Killer beast: Yes.
Ersa: Uh, mugs can’t do much!
Kittiecup: Why is there a killer goose in the harisin?
Zoe: Idea?!? But I think we need to stop them
Kitticup: Good idea.
Zoe: Yeah!
Kittiecup: Do you have an idea to stop the goose?
Mayor Gord: I think we should scare the goose and follow it back to the master lair of the geese.
Todd: I agree – we can pretend we’re delivering pizza and then hit them with a killer virus that will take them all out.
Mayor Gord: Great plan! How will we scare off this goose?
Danny: Goose: I might be able to disguise myself as a goose and follow them to their lair!
(honk honk)
Todd: Who can make the virus.
Killer beast: No.
Ersa: Not me!
Danny goose: Are you prepared to take down the killer geese, my comrade?
Kitticup: No I’m not ready, I’m a cup.
Danny Goose: We must equip you to deal with the killer geese! We should tape a gun to you!
Kittiecup: Why a gun?
Danny Goose: Well, it’d be easier to use than a sword, right? Cause you’re so small. Makes sense, right?
Kittiecup: No, I have no hands.
Danny Goose: Yeah, you know, I’ve always wondered how do you walk? And how are you able to swim so fast?
Kittiecup: I don’t swim fast, I sink and I hop not walk.
Danny Goose: Fascinating!
Diana: Can I have some pizza? I have change.
Todd: I’ll give you all the pizza! I love handing out pizza!
Ersa: Me too!
Zoe: I love Canada!
Ersa: Ok! Do you want to order some candy pizza?
Zoe: Of course!
Ersa: Ok! I will give it to you after the apocalypse.
Baby: Want to go kill some evil beast that looks like geese?
Killer beast: Yes.
Heeby-jeebies: Sorry, but it will cost $7.99 to kill that goose.
(A noise sounds as heeby-jeebies head is sliced off, something to the effect of “shink”)
Ersa: Are you a goose man? If you are then aren’t you the enemy?
Danny Goose: Don’t worry, I have enough of a human brain that I have control over my behaviour! My brain might not be complete, but it’s enough
(honk honk)
Ersa: Cool. It’s good to have someone who knows ours enemy.
Danny Goose: Yes, I know much about the geese and their habits. Really love dinner.
Ersa: Ok! Pizza time!
Diana: I have change! After, want to kill some geese?
Danny Goose: Yes, let us kill and end some of those evil geese.
Zoe: Do you have any idea what’s going on? I just want to fight the geese.
Heeby-Jeebies: With all due respect Mr. Mayor, I think this goose is your jusrisdication.
Mayor Gord: I would be obliged to agree.
(Mayor Gord draws weapons)
Who do you think here can help us, Heeby-Jeebies?
Heeby-Jeebies: It appears we are in some dire circumstances, so perhaps that goose man would be a valuable asset.
(Danny Goose makes honking noises)
Danny Goose: I will lead you to victory!
Mayor Gord: Excellent! We seem to be formulating quite a plan here.
Todd: So are you going to pay for the pizzas?
Heeby-Jeebies: Not out of my own pocket, but I may be able to take some tax money.
Diana: I have some change.
Heeby-Jeebies: You are obliged to give it to me, it is taxes.
Killer beast: No.
Ersa: Pizza!
Killer beast: No.
(Baby incinerates pizza)
Todd: My pizza! Luckily I have more in the car. Oh look, they’re weird. Must have been the heat. I will feed a slice to a goose. Ahh! The goose is mutating into a hamster! How cute 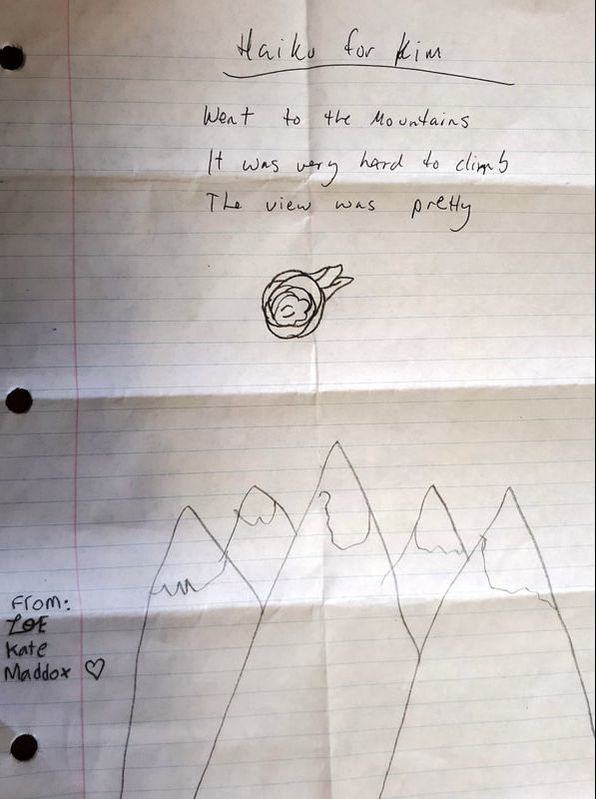 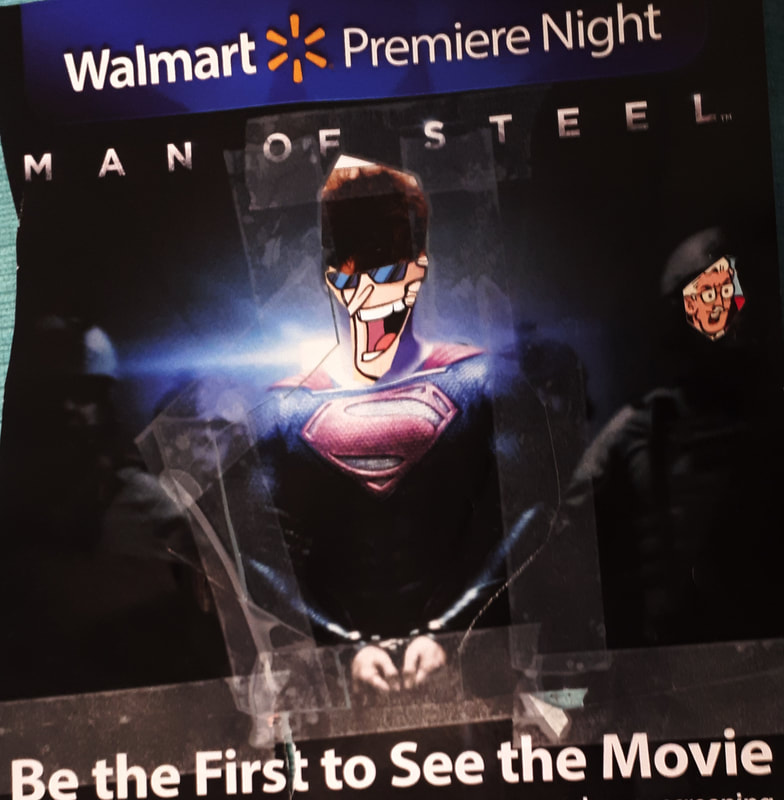 THE DINO PEOPLE - A Superhero group - shares their greatest adventure!
All the Dino People go back in time to save the Dinosaurs from being dead. Then stop at Jurassic Park to stop the enslavement of the dinosaurs. But when they tried to become dinosaurs the fall into a volcano! They shot oil out of their hands to get out of the volcano. TheMemesAreCool stayed in the volcano and died. No one found him because he was invisible. But then he was brought back to life by the magical powers of oil.

W.H.A.T.  (Wonderful Humans Attacking Terminators) - A Superhero group - shares their greatest adventure!
In Sydney Australia Luna and The Void went to the zoo to steal a pink fluffy unicorn and Wolf. They stole them without issue. In the meantime, Seral was investigating the missing animals and Ms. Fantastic was looking for her brain at the zoo. Wolf ate the brain so Ms. Fantastic chased Wolf and Luna. Ms Fantastic disturbed some terminators in another exhibit so they started chasing her. Ms. Fantastic tried to get the brain back. The terminators interrupted this. Everyone ended up fighting the terminators and thus WHAT was born!

Jediarmsvictory - A Superhero group - shares their greatest adventure!
The Jediarmsvictory fought the Sith, killing them all in one blow and saved the world at the same time. The Sith were going to surprise attack us, but Fourarms heard them with his super hearing - General Grievous Jr. drained them of their powers, then Victory wrapped them in vines which strangled them. The Sith called for Storm troopers as backup. TGhey shot at Jediarmsvictory. Victory and Fourarms got hit while Jr disappeared. Jr then came from behind, draining them of their powers, saving the world. The team set off explosives on the remaining Sith/Stormtroopers, then ran away dramatically as the villains exploded in the background. 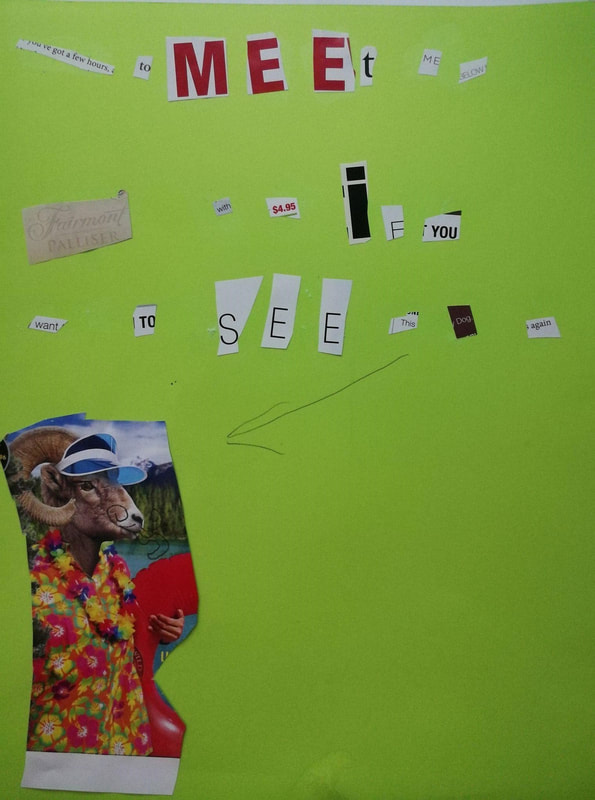 By Peter
​You've got a few hours to meet me below Fairmount Palliser with $4.95 if you want to see this dog again. (arrow pointing to a ram with a mustache wearing a Hawaiian shirt and hat sticking it's tongue out).