Missing Out on Activities Because of COVID by Margot Arndt

Today I'm going to be talking about missing activities . I can't go do stuff because there is a pandemic going around the world. It is called COVID-19 and it can make you really sick. I can't do swimming because when you go in the pool you're with other people who can spread bacteria. So instead we are doing outdoor workouts down in a field but it is really hot in BC so it's really hard to do it. I'm also missing out on violin lessons. I did it on Skype but it was hard because it  was glitching. It's really really unfair that I can have to lose all these great opportunities but I know it's for the best. I'm also missing out on soccer because you can't steal the ball from another person without going near them and that would be ruining the purpose of physical distancing. I'm also starting a new school and it's going to be really really hard to meet my teachers because I won't be able to meet them in person. I mean there's a chance that I will, but  it is really low. It's so unfair. I also missed out on some of the end of the year stuff I was graduating from grade 5 this year and there's a bunch of traditions we did, like going to Camp with all my grade 5 buddies, but we never got to do that. I also missed out  on camps this summer it's really really sad. And I was going to go on a vacation to Alberta to visit my family because it was going to be my grandpa's 80th birthday this year, but that never happened. We were going to go to West Edmonton Mall. Those some of the activities I missed out on this year because of COVID-19. 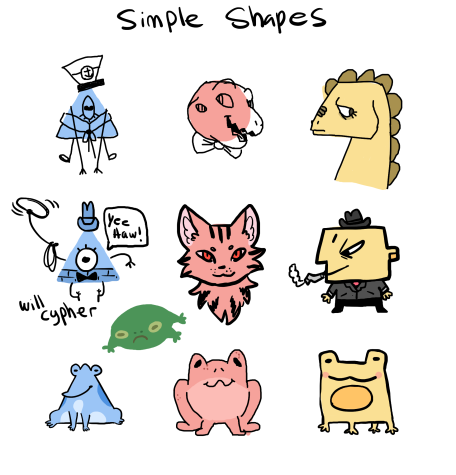 Society is Addicting by Eli Smart and Kali Yeske

I’m trying to find the best of time
I feel so lost
The concert got the best of me
But at what cost?

​Bobby the tissue box yokai was thrown out before he became a yokai. When he became a yokai he wanted to scare his previous owners with his "terrifying" dance.
He would wiggle his arms and legs and say "Yes I am scary when I do my scary dance" He went to scare his owners but they thought he was just silly and laughed and laughed. That night they were wrapped in a tissue cocoon and couldn't get out for a full day. Yet Bobby is not scary and never will be.

​Are You Scared Yet by Kristina Lanuza

I have always been scared of the unexpected. Always. Today is not an exception, nor will tomorrow, or any other day, at that. I sat at the desk, typing away on my laptop, as per usual. The bright screen reflected in my sleep-deprived eyes, as per usual. The fan was running right next to me, blowing a light breeze into my face, as per usual.

Typing away at the keyboard, the clacking of keys filled the room. All of a sudden, everything went black. The screen. The lights. Everything, in an instant, surrounded by darkness. The breeze that once blew into my face started to fade away into a still air. Confused, I pressed a key. And then another. The sound of clacking keys filled the dark and empty space, until the screen lit up with a single colour.

Anxiety started to bubble up from the pits of my stomach as my fingers froze, staring in a shaken shock at the now lit-up screen that illuminated the rest of the pitch-black room. Then, a string of letters made themselves appear on the screen.

I mumbled each letter in my mind, slowly forming a sentence. A sentence that sent chills down my spine.

The air around me became degrees colder as the letters embedded themselves in my mind. My back, snug against my chair, suddenly felt exposed. I whipped my head around, looking for anything that could explain what’s happening, but I found my eyes trailing back to the same string of letters every time.

For just a moment, the lights flickered. A small moment of brightness before the dark. The chills got worse, and I was shivering at this point. Trying to find something, anything at all, I stared at the screen. That was when, slowly, more pixels started to make themselves known. One pixel. Then a few more.

Until they formed a pair of eyes, staring back at me from inside the screen.

My rant is about my brothers shooting Nerf guns at me and me having to go to my room.
Every single time I am sitting in the same room as my brothers when they are playing with Nerf guns they start shooting at me! I have to run for my life straight to my room! When I finally get there I have to slam the door right in there faces just to get away! Then they start poking me with figurines and then I have to go tell mom! I guess I kind of like it so I should not try and stop them. 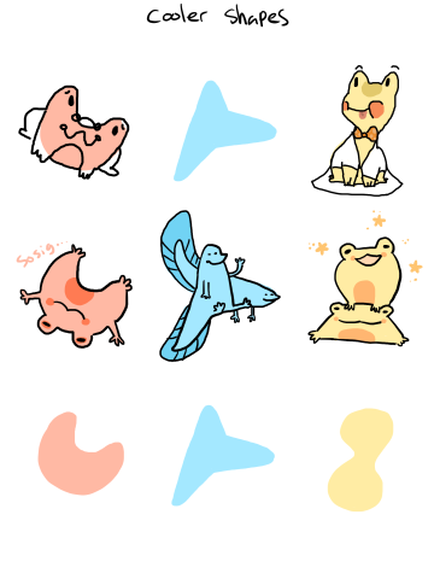 If I ran a tea shop it would be the best tea shop in the tee square,
With teas on every aisle and mugs everywhere,
Black teas to left and loose leaf to the right,
You’ll always find a tea that’s just right,
Agave nectar and syrup sits at the bar,
Not far from the acoustic guitar,
The people who come in are acknowledged with care,
Which can’t be found everywhere,
The staff are trained to know herbal from green,
And caffeine free from black tea,
We know the perfect tea for your mood,
Which is sure to make you swoon,
Warm your soul next to our brew,
And we will tell you a story or two,
That even when you want a dream to come to pass,
You must reach at it with your whole being until it is within your grasp,
Like the tea shop for instances that doesn’t quite exist,
But I was able to take you there if only for an instant,
Reality is dawning and I must leave again,
But do wish to welcome you into the tea shop sometime again.

​Two robots were fighting over a picture of a horse in snow. It was a palomino with a star on its forehead. They both wanted it. Suddenly the robots got a beep, it told them that the horse was on a sale! They quickly got ready and went to the sale. They got there just in time to buy the horse.

​Stranger
A novel by Margot Arndt

Molly was reading in her bed one day when her phone buzzed. She picked it up, “unknown number” was what the contact said.
The text said “Hi what’s your name?”
Molly picked it up. “Molly” she wrote back.
It responded “Hi Molly, how old are you?”
Molly wrote "10."
It responded “Send me a picture of you”
Molly took one of her lying on her bed smiling. She sent the picture. Then wrote, “Send me a picture of you."  She was curious what her new “friend” looked like. It took a while but finally a picture of a young boy her age popped up on screen. It did not look real, but that didn't matter to her. What she was thinking was “I'm making friends!!”
Then the boy asked, "Where do you live?"
Molly wrote, “Over Sandra's candy shop”
Then the boy said, "My name is Alex."
Alex wrote, “Do you want to come over to my house?”
Molly wrote, “Sure.”
Alex said, “My big brother will pick you up at 6:00 pm. Delete these messages and don't tell anyone about me.” Molly did what she was told. When it was 6:00 pm when a black car rolled into her driveway. She ran out to see a teenager in the front seat. "Where’s Alex?" Molly asked.
"Oh he’s at home waiting for you."
Molly sat in the back seat and they drove.

A couple months later
Molly’s family was huddled at Molly’s funeral. Her mom was making a speech about her. “And this is all that was found floating on the surface of the lake close to our house” Her mom said, holding up the very same toque she was wearing the day she went “missing.”

This is not a true story. And seriously if someone messages you that you do not know and they are asking personal questions about you and/or are threatening you PLEASE speak to someone about it!!!
​- Margot

They'll Never Get Me by Eli Smart

I duck behind the corner. Escaping this place will be harder than I thought. My crimes haunt me, keep me in chains to this place. The warden will try to hunt me down. She can’t stop me - WAIT.

They come down the hall, the pounding on the floor may be hidden by the sofa pitter patter and the “warmth” she provides, But they can’t fool me!

The warden speaks! The audacity!!

“I’m not mad at you for breaking the plant! You can come out!”

TRICKS!! LIES!!! I will not be deceived by her!

She was soaked in the toilet
Now this switch answer is perfect
He wore an angel robe
Delete! ! !

Wasteland Eli
Appearance:
* ⁃    A Leather mask on the face, sunglasses that I almost never wear, Beanie on my head.
* ⁃    Tight Jeans and Tight tee shirt, hoodie around the waist in case cold.
* ⁃    Watch on arm and Bracelets on arm.
* ⁃    BACKPACK WITH, notebooks, recorder, camera, Memento’s/ teddy bears
* ⁃    Guitar in case he ever learns how to play
* ⁃    Big rash on skin (big rash)

Emery
Nocturnal, he sleeps during the day and wanders the wastelands during the night. He usually goes from place to place, sneaking into people's abandoned homes to read their books and play their games. Rather than spend time in the plagued wasteland, he decides to immerse himself in the fiction and media of the previous generations.

Dresses in a long black cloak coloured red on the inside, with sleeves that are too long. Because he is incredibly thin from malnutrition, he wears an incredibly tight belt. Slung around the belt are various bottles of manufactured viruses and poisons he stole from war factories. Because of mutations, he gained polydactyly.

He tends to stay inside the houses he finds for a week or two, absorbing all the media before moving on to another neighborhood or city. He despises the rain and refuses to go outside in it.

Whenever he encounters danger, he utilizes his poisons and viruses to threaten his opponents, as well as stealing guns and bullets from the houses he invades when he discovers them.

He is afraid of people and refuses to talk to them, running away or hiding whenever people are there.

The Bloody Hand by Hariram Menon