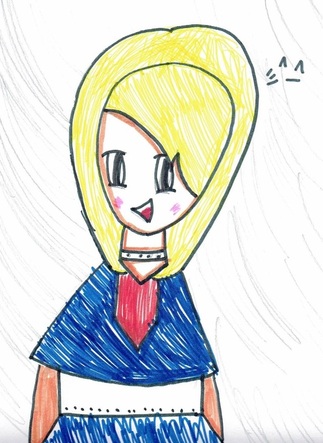 WHAT BE THY PLIGHT by Robin Bowering and Olive DiCintio

Woman:   What be THINE plight? We shan't be speaking of this!

Woman:  This qualm be not a subject on whichith I feel comfortable elaborating.

Woman:  Must we plunge on this journey in this mood?

Woman:  Doth though not value me the time required?

Warrior 2:     You are mistaken sir, we are fighting for the good of man and I wouldn't mind making a good buck while I'm at it.

Warrior 3:     You are both mistaken, I am fighting for the good of man.

Warrior 1:     I will chop your heads clean off and my men will devour your meat!

Warrior 2:   You sir are delusional. You're an old man in a rocking chair.

(All three warriors fall asleep in their rocking chairs).

Woman 1: Time is a heartless wench who doth steal away friends.

Woman 2: Oh! Do not fret my friend! Time is admittedly a cruel vixen, but she does know a good time.

Woman 1: Pray then, lift my spirits with talk of good times.

Woman 2: Doth thou recall when we drank till none were conscious?

Woman 2: That's the spirit! Shall we go show that wicked wench, Time,  how to drink? 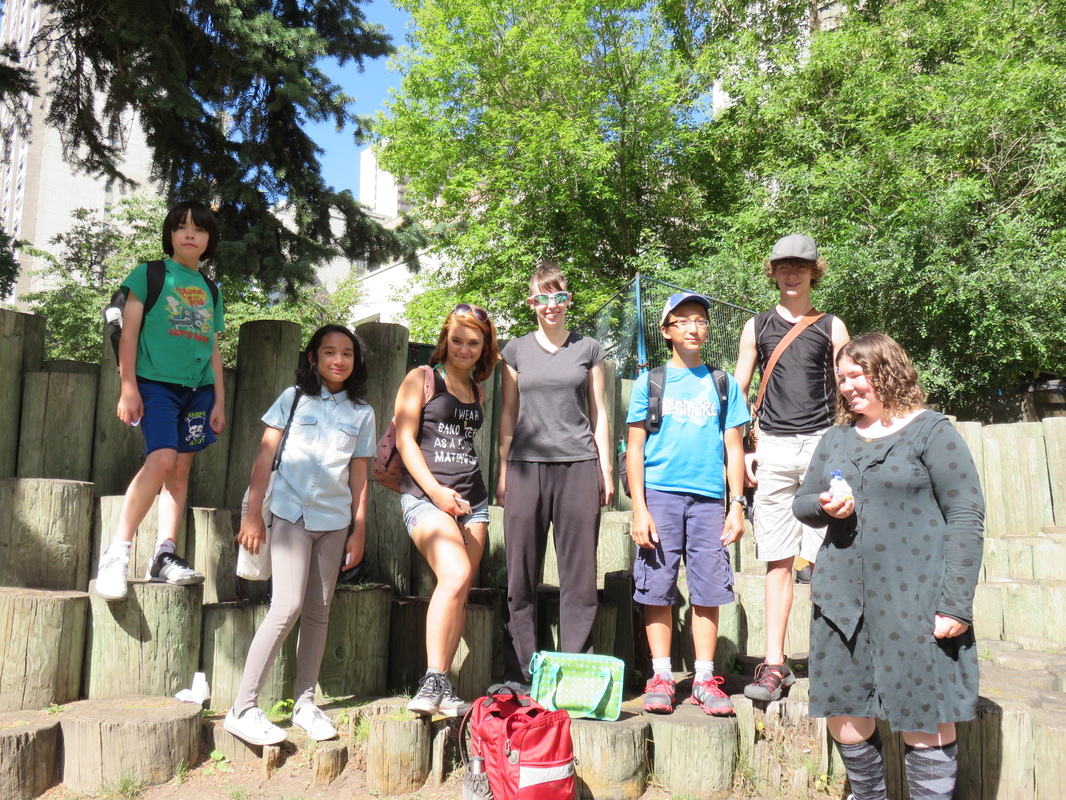 Why should you buy the book
Franny K. Stein - Lunch Walks Among Us
by Evelina Palombi 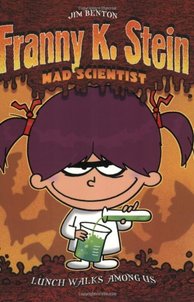 You should buy the book Franny K. Stein because Franny is a scientist and I like scientists. Franny has a white lab coat with a white boots, big purple hair with two ribbons holding two little pony tails, and she’s small. She’s funny and scary but nice. She has a pink pretty house but her room is not pink and pretty. She has bats, spiders, spider webs, and inventions. She invented her dolls, Chompolina and Oozette. She made an invention that transformed herself like the other kids. She ate like the other kids and she played like the other kids but in the end she had to be herself to save everyone. I think other kids would like this book because it’s funny. Franny is an amazing character and it’s an exciting book. http://www.amazon.com/Lunch-Walks-Among-Franny-Scientist/dp/0689862954 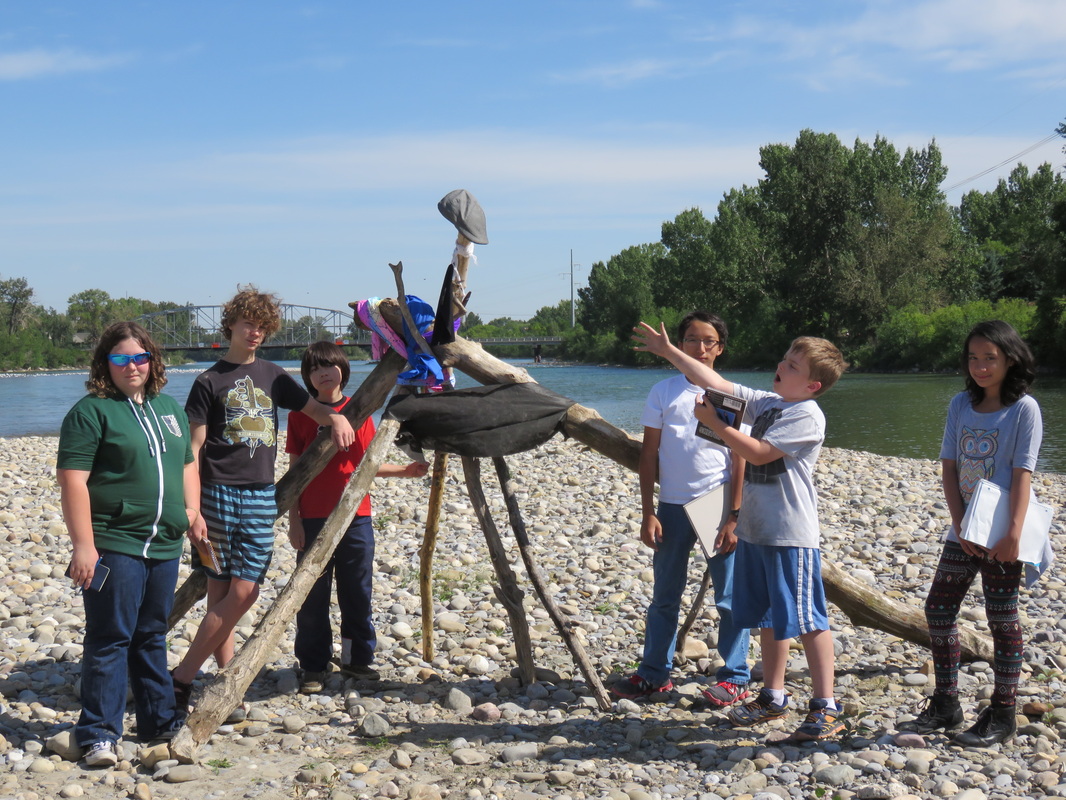 STORY ONE
Blood and guts stain my hands. I laugh. Tears stream down my face. The sound of whispers echoed throughout my ears, it is terrifying. Suddenly out of nowhere - POOF!!! A guy comes out and commits suicide. All this is extremely disappointing. I didn't have much fun at all. Next time I'll bring the CHAINSAWS!!

STORY TWO
The sky was misty, full of clouds, and a sound was not to be heard. Out of the shadows there was a vampire that could turn into a wolf. James then killed the vampire with a wooden stake. He knew in that moment that he had spared a terrible war. Sadly he also knew he must kill again. He must kill them ALL with his war hammer and his halitosis. James' ghost dog then realized he was possessed and figured the only way to defeat his demons was to kill their home. So he stabbed himself with James' hammer.

STORY THREE
There was once a bat, a really, really long time ago.Then the bat crashed and died. Its cave mates screeched as they set off to find the perpetrator. They didn't get far before a lake of blood stopped their passage, stinking of rotten corpses. And to their surprise, rotten corpses did in fact begin to rise from this lake and start sprinting towards them on all fours. Each and every one of them was torn apart by the living copses.

STORY FOUR
It was most certainly NOT a dark and stormy night . . . It was a night full of blood, gore, and screams as the hatchet flashed in the moonlight! The complete cliché night of terror was unfolding exactly as planned. All that was missing was the Mystery Machine and Scooby Doo. But the cliché was shattered when a gunshot rung out and pierced the abdomen of Lucy (Shaggy's long lost sister). I cry out intending to wake her but nothing happens. Lucy was gone. Actually it seemed that she WAS gone but actuality she went into another room and woke up and we lived happily ever after.

STORY FIVE
The village was dark and gloomy. Discord and strife stirred. A sense of foreboding hung over the inhabitants. Just like the snake being hung over Phillip's neck as he clawed the empty air with his meat hook hands. Phillip felt the scaly body of the snake slowly wrap around his core and begin to squeeze. His eyesight faded as his ribs began to snap under the strength of the snake's coils. In less than seconds tears streamed down my face and before I knew it blood streamed out of his body leaving just a body with no spirit.

STORY SIX
The group of young teen campers from Ophelia's summer camp peered anxiously into the darkness from the campfire. The howling in the distance was most disconcerting. The mind of each of the campers was filled with their own fears as they prayed that the conduit wouldn't be home to anther demon. Of course, their fears would become back to haunt them. And what mystified me most was that they knew it would happen but once again they did nothing. They kept on doing nothing again and again and again. Then they died and everyone else too.

STORY SEVEN
He bangs his fists against the posts but still he claims he sees the ghosts. "Why can't you see them when they stand so close?" He stared blatantly at a wall, not seemly to process what I'd said. Suddenly the wall turned to a skeleton army. Then the skeleton army died from a meteor apocalypse. 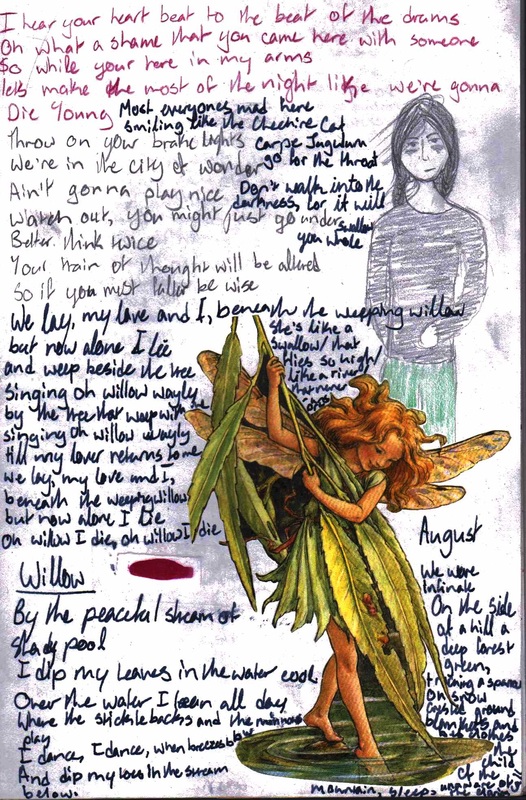 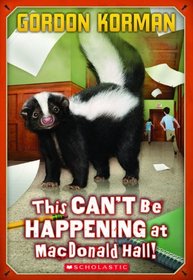 I will be doing my book report on This Can’t be Happening at MacDonald Hall by Gordon Korman. I chose to do my book report on this because it’s funny, it has practical jokes, and it’s appropriate for my age group. This book is about two best friends that get separated because they kidnaped the other team’s mascot before a hockey game. They do all they can to get back together. I will be discussing three topics – characters, practical jokes, and setting.
The characters I will be talking about are Bruno, Boots, and Elmer. Bruno is a big trouble maker but he has a big heart. Sadly, not all of Bruno’s ideas work out. Boots has blond hair and he gets worried about everything. He asks a bunch of questions like, “Are you sure about this, Bruno?” Elmer is another one of the students at MacDonald hall. He studies plants, ants, fish and many more things. In the end Bruno and Boots felt bad for being mean to Elmer because he is a really nice guy. They don’t feel bad about playing tricks on Wexford the third because he isn’t so nice.
There are three main settings in this book - MacDonald Hall, Miss Scrimmages Finishing School for Young Ladies, and Elmer’s room. MacDonald Hall is the boarding school where Bruno and Boots live. It has a statue-cannon where the boys secretly meet. Miss Scrimmages Finishing School for Young Ladies is where all the funny things happen. It is a white little building that has a cute little sign at the top of it. It is right across the road from MacDonald Hall. This is where Bruno and Boots’ friend, Cathy, goes to school. She is as big a trouble maker as the boys. Elmer’s room is the most interesting room in the book. His room is a very dark and scary place. It has ants, gold fish in the bath tub, it has plants in every drawer but Elmer is also a nice boy. He may be creepy, but he’s nice. This is the room that Bruno ends up in. Boots ended up in Wexford the third’s room.
The practical jokes are the main reason why I chose to do my book report on this book -because of the jokes! I picked these three jokes because they have the most humour and if the book didn’t have these jokes then the book wouldn’t be as good as it is. My first joke is the fire joke in finishing school for young ladies. Cathy pulled the fire alarm and went screaming around the hall yelling, “Fire! Fire!” to help Bruno and Boots frame Elmer and Wexford the third. There was also the skunk joke where Bruno got Cathy to give him the skunk from Miss Scrimmage’s school. Bruno hid it under his bed and when Elmer found it he freaked out. The last joke was the Fish’s joke. The Fish is Bruno and Boots’ nickname for their principal, Mr. Sturgeon. The Fish pretended to expel Wexford the third and Elmer so Bruno and Boots would confess that they framed them. The joke worked, unfortunately for Bruno and Boots.
My personal favourite joke is the fire joke because it has everything action, drama, humour. My favourite character is Bruno. He’s just funny and he’s a trouble maker. I loved the book so much, it’s about two close friends who get separated and are doing all they can to get back together. This is a book I will remember forever.
Buy it here: http://www.amazon.com/This-Happening-MacDonald-Bruno-Boots-ebook/dp/B00KC07KWO

What I Did This Summer - By Carmelo Palmobi

This summer I went to the Stampede. When I got into my car I felt like an egg on a stove. I felt my sweat roll down my neck because we went on the hottest day ever. However, I was so excited.
It was kids day but we arrived later than 9:00 so my parents had to pay. The most fun ride that I went on was the Haunted Mansion. There were two reasons why I liked the ride. One was air conditioning because it cooled me down on the ride. The second was, it was scary and scary things are fun.
When I sat down I smelled grease from the roller coaster that smacked into the back of the cart my sister and I were in. I was so nervous I started to shake. My hands felt sweaty and I was holding my sister’s arm harder than a blood pressure machine. When the ride started it was dark. It was a good thing that I am not afraid of the dark, so that really helped me. Near the end of the ride a zombie that had a pale green face, a missing eye, and a blood would pop out of a grave and roar at you. I was terrified! I was so scared that my heart felt like it was going to burst out of my rib cage. After the ride I thought to myself that ride was so much fun.
I like to be scared, so that ride made my summer outstanding. I want to go to the Stampede next summer. This is the best thing I did this summer. 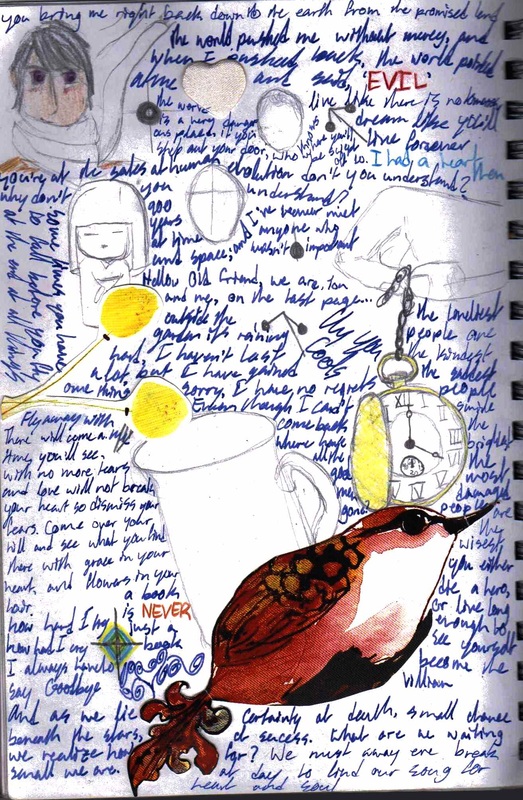 The Water Park - By Evelina Palombi

I went to Riley Park to cool off and have fun. I got there with a car. I went on a boiling hot day and swam in a big wading pool.  I went inside the pool and played water Frisbee with my brother. The water was warm and it smelled like chlorine. My baby sister shrieked and laughed. It was fun. All the kids were laughing and playing. It made summer, summer.