REALITY IS OPTIONAL'S NOVEMBER E-ZINE
NATURE VS NURTURE BATTLE OF THE CENTURY! 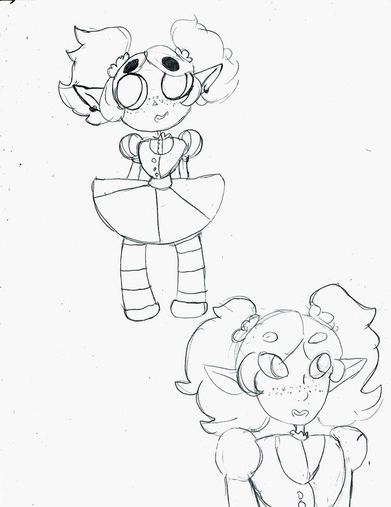 By the Dark Lord

Nature
Something deliciously dark lies deep in the forest
Something beautifully terrible lurks beneath the pavement
Cracks spread underneath the concrete
Beyond the sewers and the street lamp's glow
Fiery blood rains down
Why oh why shall we die?
Like a tree left unwatched by rain
Or moonlight
We turn brown and brittle
What would Pan do?
But he is DEAD!
Nature?
The skyscrapers and lights spread
Slowly eating human souls
and crushing all dreams
Flying sorcery scares
The fly can't move
So it starves
absorbing itself in the unintentional self-cannibalism
This technological dying inside
Technology has destroyed the world
Nature
Recharge
This is your escape
Breathe
Before it's far too late
Run
Run far and run fast
Till your legs feel like nothing
and your feet vanish into the darkness
I'm flying off like a fly
I love to fly
to run in air
My nature is unleashed at last
Nature
She is water
Void
Night sky and no moon
She is crystal mind and golden icor
She is death
Sadness
and trouble
She is old and nothing
The end and beginning
She has existed forever
and at the same time  she wasn't here
Alone and afraid
Still, she is strength and beauty and the world
Frozen in time and space
She is everything and she is nothing
Nature?
Butter will always melt
Flowers will always die
Sissy will always scream
Cauliflower will freeze the effects of time
Nature preserves all
Protecting with random death mushrooms
And thus
With butter, flowers, and Sissy, we make magic
Nature governs all in this realm and controls all who enter
But it is a dangerous weapon
No-one knows where anything comes from
Or goes to
Nature
A  deep mystery

Nature
The nature of the vicious wolf is to eat dinosaurs
Dinosaurs that can run far away from the pain and teeth
But they will return
They will viciously tear apart those who they hate
and those they love will be the only thing that keeps them alive and well
Until the Black One comes calling in the darkest hour of work
In California
The sunburn stays
Nature?
I like dinosaurs that eat other animals
I like T-Rex cereal and those that cherish ornings
Without the early bird carnivores
We would be lost without the dinosaurs and their knowledge of the land
Of the trees
Of their vast world and ours
They existed far larger then we could ever imagine
For long enough to know the way the world moves
and how the branches slice
through the midnight sky
Nature
All was alight
it burned quickly
slowly disappearing
Hidden away between the branches of the trees
as they sliced through the smoke and created a blaze of terror
The smokey wind blows
Wookey time
Blast with a crossbow
to kill a Borg very quickly
Nature?
Le Ewok in its natural habitat
ate the small innocent being that traversed
the dry wasteland
Why did the Ewok do it?
We will never know
But the Porgl's hair caught amongst the tree
It glanced at the storm troopers ruining the land
He started to plan
but it did not come to pass
A firey cataclysm rained down from the heavens
Nature
Nobody knows the true nature of caramel
What happens if it becomes frozen?
Nobody knows my true nature
Why are the Arendal loveing animals?
I want to live with those who acknowledge the nature of caramel
In its eternally sugar coma-i-ness
and sugar trips
The sweet joys of life
It melts the soul
and sooths the heart
Nature
Hi, I am a butter stick
Who lies helplessly
melting myself
Like a snow cone with grease
in place of syrup
I spread over fingers of a tree
dropped by a raven seated by me
Butter is always slippery and
mysterious as the yellow depths it holds
It is an easy thing to hide
And an easy thing to let go
Nature
A beautiful metaphor

I Am Rand by Fiona
I am Rand. I sit on my horse, high up. My horse smells like smelly cheese but still I point my sword and my army follows behind me. The mountains block the yellow bright sun. The wind blows so the flags behind me blow. My horse feels soft as silk but still smells like smelly cheese. As we move forward the mountains stop blocking the sun, then I realize that the sky is actually black and dark. I feel a moment of darkness cross over me then I hear the sound of my horse. It makes me feel much better but I wish I could stop, however I have a hundred men behind me, so I should not. 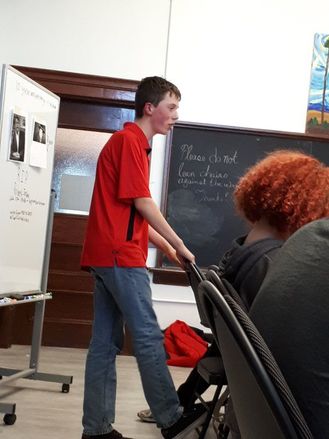 Darkest Night by Madison
It was a pitch black night in a terrifying forest. Marian had started to sweat because she had noticed the ground begin to tremble. Ian thought it was an earth quake so they jumped on their horses and tried to find the end of the world. The further they traveled the more the earth would tremble. They began to think they wouldn't make it. The ground had cracked in half and Marian had fallen in. Ian wanted to save her, but he didn't. Instead he lit poor Marian on fire and ever since then he still remembers that smell of the smoke and the heat that slowly burns his heart.
Two Grandmas and Robin Hood in the Forest by Anna
It looked like two grandmas and Robin Hood had found the Triforce on the wall. It was upside down so they thought it was a monster face! They were in the forest. The mossy thick trunks got in their way and the leaves were deep green. The brown ground was very rough and hard to walk over. 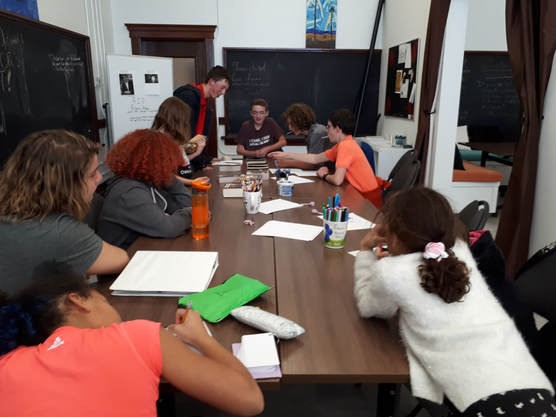 The Great Hunt by Jamie Yawney
Rand picked up the ham and held it up to the dreary sky. Min glanced with amazement at it, wearing a blue dress with frills and laces. Her dirty brown hair fell onto her shoulders. Loaial stood beside them holding the lantern for their journey. Held i his arms was a thick book with a red cover - his reading material for when he became bored. Behind them, out of their vision , was a knight clad in heavy amour, two menacing horns in the helmet stretching out behind him.
After their long, secret journey though Cairnhien, they had at long last discovered the Horn of Valere, the weapon that would allow them to bring back the ancient armies that had previously fought the dark lord. Suddenly, the knight in the background secretly grabbed the horn from Rand and attempted to split it in half. Nothing happened - the horn was enchanted with such powerful magic that if anything broke it, anythign could happen. Rand killed the mindless monster of darkness that had been following them and the three of them departed to join their friends that they had left behind.
Little did Rand know - the horn that was meant to be blown by the Dragon Reborn was going to be used by an entirely different person, and their fates were already tied together from the beginning. 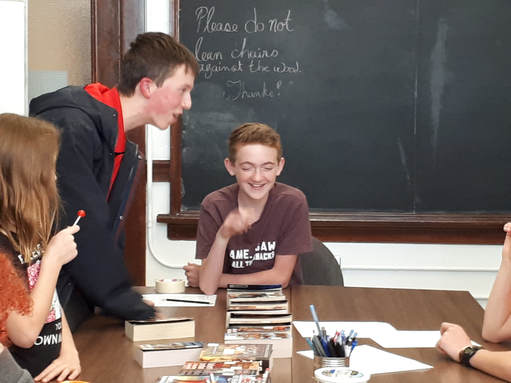 The Farm Hobo by Peter
The farm hobo stood outside, the wonderfully enormous house towering above him. Opposite him, the sun rose. Dead yellow grass surrounded the wooden house which was bound with red and blue tinted windows. The majestic slanted roof, pleasing to any eye that gazed upon it, had magnificent singles topping its already wonderful slanted roof. This lit house had but a single flaw. That would be the massive gaping hole in the front side of the house. Aside from the hole, the house was nothing but perfect. The farm hobo stood with his legs shoulder width apart, clad in shin high brown boots, his squinting face gazing upward towards the cloudy sky. 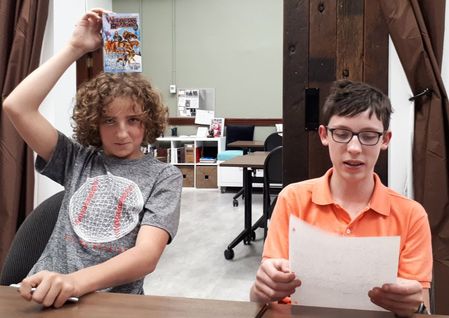 The Trappers by George
The trappers rode through the tundra in cloth from the South, sold by the live gremlins who lived in their jungles, forming silks from the silkworms. The Carayons would travel north with their valuable cargo, gradually diminishing until the lone wagon arrived at the last lodge in the north to sell its cargo to the trappers and tribesmen that lived in the snowy forests. Their horses , lean and strong, strode through the knee deep snow, firm and icy with time. As they checked their traps , retriving squirrel and rabbit and fox, the leader, Perrin, stopped with a moment's notice. Perrin was a short man, well groomed despite their living conditions. As the other trappers looked where Perrin did, he held up a clenched blue-gloved hand and the trappers quickly became silent. Lying in the snow was a tall blond man, unconscious and blue with hypothermia. Perrin leapt off his horse and hauled the man onto the horse, leaping on behind him. "We have to warm him up or he'll certainly die!" Perrin exclaimed. The party rode at speed back to their lodge, a small log cabin built many unknowable ages ago. The senior trapper, Cadsuane, had found it nineteen winters before, and other trappers had shown up each summer coming and going Cadsuane was the only constant in the frigid winter. Perrin threw open the small wooden door and Vinchava, the youngest trapper, and an apprentice wizard, waved her thin hands at the firewood under their lager, black-iron kettle. Perrin now observed that the unconscious man had the regal countenance of a king. 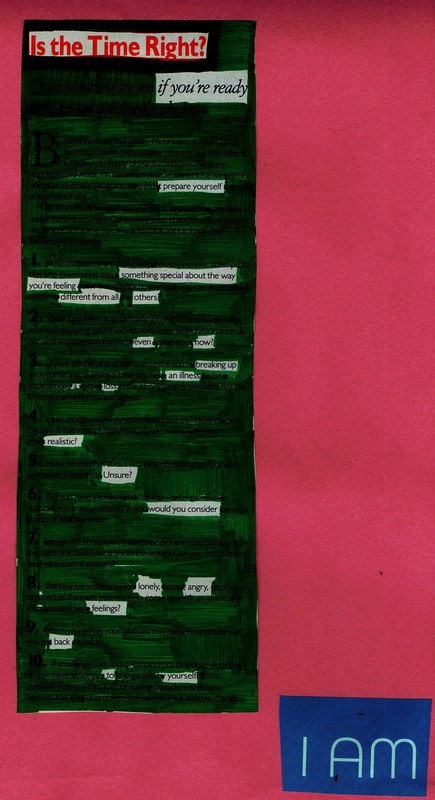 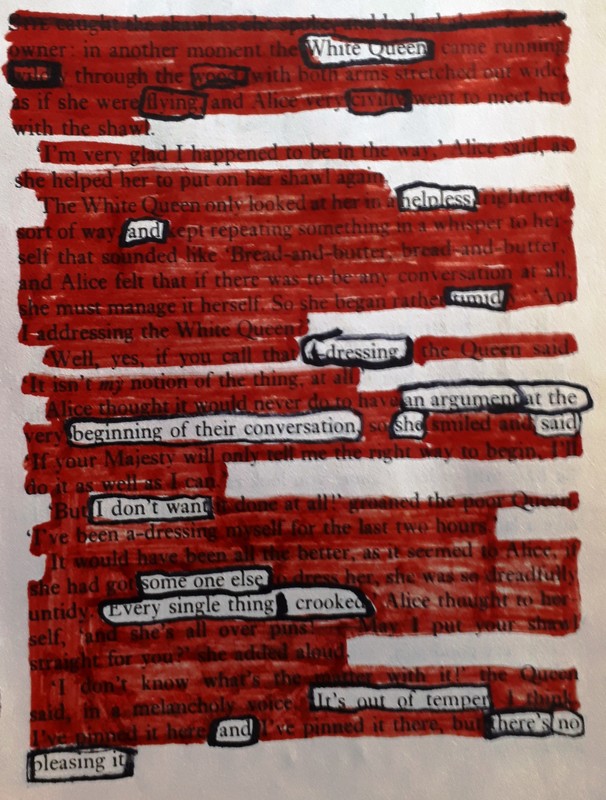 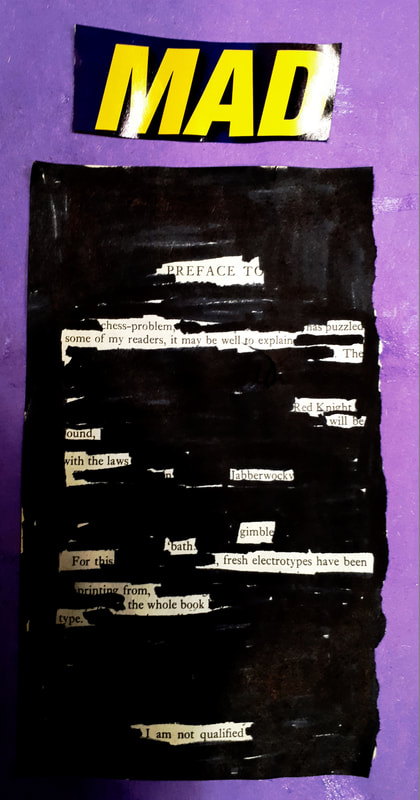 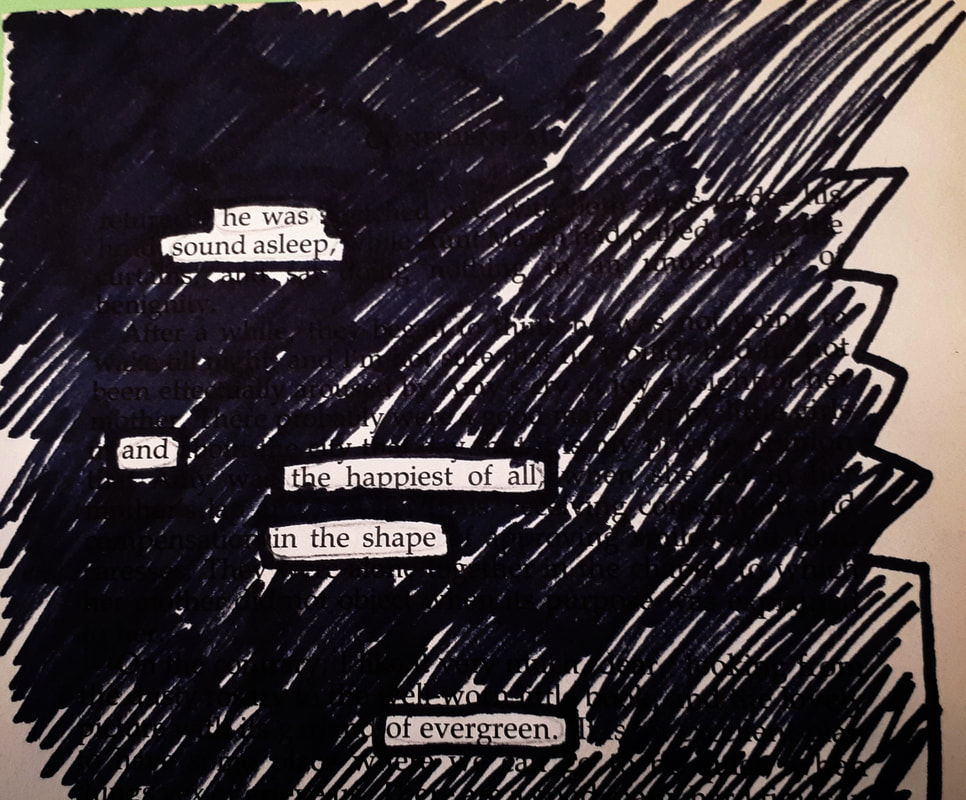 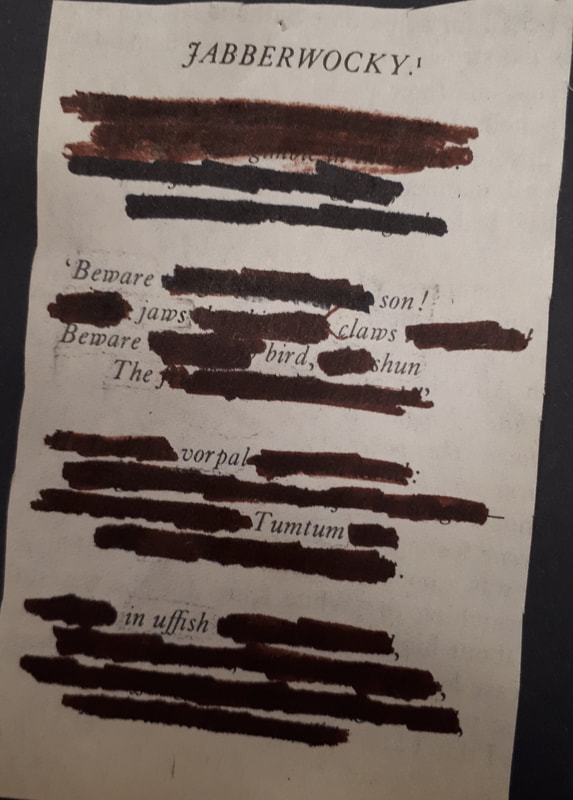 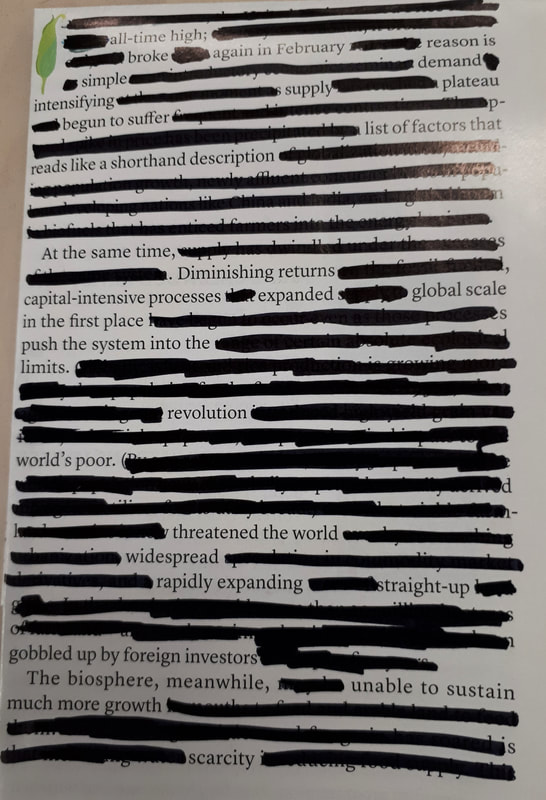 A New Season by the Rogue Poets

​Have you ever devoured the fall?
Frost spreads across the land
It calls the snowflakes
It calls the howls
Wolves on the desolate plain, covered in long rotted leaves
It’s hard for fall to let go of the past
Hard to let the past fall to winter
A leaf child burrows underground to hibernate
They’re waiting for something,
what?
They’ll know when they see it
across the void

the clock counts down
Strikes twelve
and the snow falls
senses are muffled
the clock ticks slow now
waiting for winter’s release
The snow child blown through the wind
skipping twirling, spinning to the ground
Her mouth filled with ice, lungs full of frost
She’s happy, but not quite
hasn’t learned how to let it crystallize and
transform the clouds into snowflakes

Have you ever bitten into winter?
Blue silver and flailing branches
Secrets buried within the closet of spring
Some prefer the cold, yet the melt will come
Have you ever held snow in your palms
Or watched leaves turn?
The world will close
and all will end in winterscape