Notices From the RIO Building by Emily Firmston 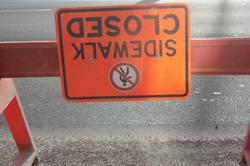 We welcome you to the New Year named Peter. After much thought, some wrestling, a fist fight, and flying pencils - the RIO Administration, fairly unanimously, decided upon the name Peter thus protecting the world against any chance of an apocalypse. If there is an apocalypse in 2014, there will be none in Peter.
The RIO Administration would like to remind you of the invisible, gravity-defying, sidewalk closure due to frequent attacks by sky sharks and aggressive tribes of native sky dwellers. We shall re-open it when invisible electric fences and shark repellent is implemented.
The dinosaur petting zoo has claimed only one life during the holiday season. This is a vast improvement over the twenty-three lives lost last year. We credit Dino-Girl for this achievement. She has added Do Not to the previous one word dino-vocabulary of Kill. Good work Dino-Girl!

Many Lives by Isaac Wilde

I plodded steadily up the steep slope of Mount Tecumseh, New Hampshire. Snow drifted down all around me, piling up in great mounds on either side. My mind was heavy with thoughts of exhaustion and cold.

Archaic tennis-racket snow shoes were strapped to my feet, and I used a wooden branch to support my knees, which were prone to being cranky. My backpack was laden down with all manner of hiking gear, from ice picks to whistles to dehydrated food.

It was my third month on the Appalachian Trail. I was attempting to do it in winter – a rare feat. Some would argue it had been a suicidal idea, and now, my face scarred and haggard, my boots worn thin, and my stomach mostly empty, I was agreeing with them.  Mount Tecumseh was not actually on the A.T, the acronym hikers used for the Appalachian Trail, but I wanted to hike it for the view at the top, which was supposed to be spectacular.

But, if there was anything that hadn’t been worn to a stub, it was my will. “Stubborn as a mule!” my friends, few and far between, would say, cackling. I was not going to be turned from finishing the trail.

After climbing over countless mountains, I could tell when I was nearing the top. Everything became a little more barren, a little less forested the higher up you got. The trees on Mount Tecumseh were as common as ever, though, which is why I was surprised to find myself atop a small rock with nowhere higher up to go. I had made it.

I took a tarp, which usually functioned as my tent, and laid it on the snow. Sitting down, I popped open a thermos of soup, and chugged it. Warmth flooded my joints, rejuvenated my tired muscles.

I rested there for a few more minutes, and then stood up and stretched. The view was sadly pathetic, as clouds, fog, and snow had completely veiled the landscape. As I turned around to head back down, I heard something rustle off to my left.

Bears and moose were common sights on the Appalachian Trail, and I was used to seeing, and dealing, with both. Dropping the stick, I drew a flare pistol from the main pocket of my backpack, and a knife from my cargo pants.

Walking slower now, I looked left and right for any offending creatures. Nothing more could be heard, however. Suddenly, there was the groan of a thousand roots surrendering their hold on the ground, and a gargantuan pine tree in front of me collapsed onto the trail in a shower of needles and bark.

I turned to the side, my hands raised to shield my head from the flying bits of tree. Breathing heavy with fright, I dropped my hands to my knees. My heart slowed to a normal pace, and I clambered over the fallen tree and carried on my way.

Then, from out of nowhere, a wild eyed black bear crashed into my side, hurling me onto pine sapling. The young tree creaked under my weight and collapsed. I raised the flare pistol and pointed it at the bear, and was about to fire when a hulking beast of a bird thudded beak first into my hand.

Shocked and pained, I dropped the pistol and cradled my wounded hand, which was seeping blood and felt broken. With no way of defending myself, I could not stop the bear as it leaned over me and opened its jaws. I closed my eyes for what I thought would be the last time.

I opened my eyes. Blood dripped from my muzzle, and I felt full and content. On silent, furry paws I padded away from the body of the hiker. My companion bird landed on my front shoulder. I remembered briefly thinking about closing my eyes for the last time, but I couldn’t imagine why. 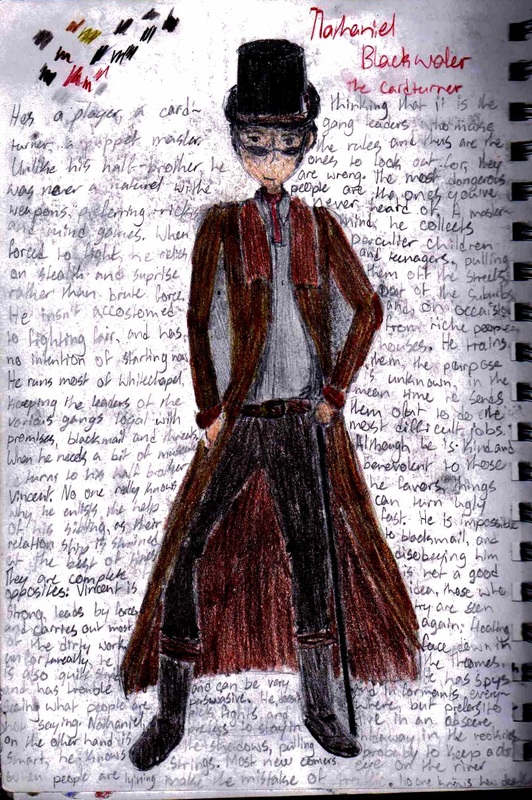 The Clock by Alexis Kelly

Never stops
Not even
For itself
Never ending.

The clock may stop
But time does not
Seconds and minutes
Hours go by.

Never stops
Not even
For itself
Never ending.

The only thing
That truly is
Immortal. 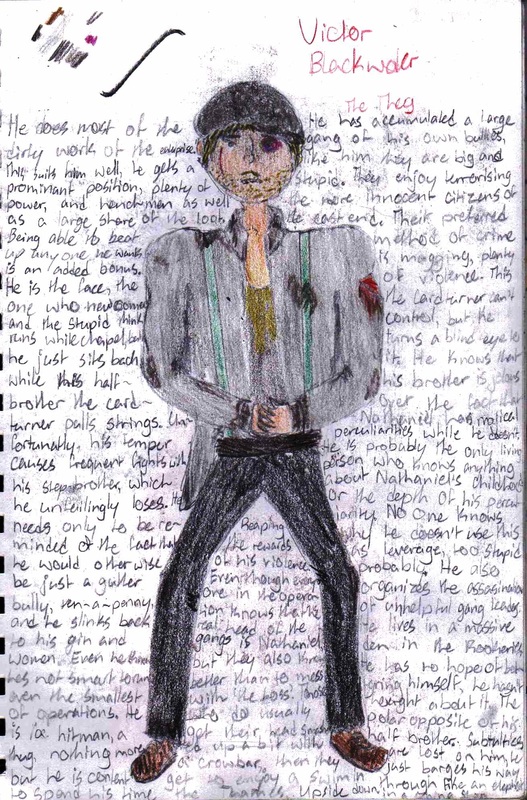 So, on Thursday December 19th, I got a text from my mother saying "Your sister's here, we're picking you up from school." It was probably the most dreadful text I've ever had to read, but the hard part was looking up to the school parking lot and seeing my 22 year old sister's head popping out of the back window of my father's minivan, with her arms flailing.

I really just wanted to run back inside the school and cry. I wanted to find away to change my name, my age, and run away to Mexico somehow. Instead, I started walking towards the car with my friend, Erin, and really slow too. I told her to brace herself, for she was about to walk into the death trap of what is my sister.

Anyway, skip the stupid introductions. The car ride was just terrible. The moment Erin and I sat down, my sister started talking about how much weight I've gained and  how "emo" my hair looked and how I looked all punk with my Of Mice & Men band T-shirt and skinny jeans on. She went ranting and raving about my every embarrassing moment. She even talked about how gross and ugly I looked when my mother was birthing me! I mean, what was I supposed to say? "No one look, I'm not wearing any makeup and I don't look good in uterus!!!" All Erin could do was whisper to me how sorry she felt. I felt like punching cows.

The rest of the day went exactly how I expected it to happen. She harassed me, and laughed at every single thing I'd ever did. The only good part about her coming over were the presents she and my older brother had gotten for me. My brother got me these two really awesome T-shirts and they fit really well, but my sister made the overweight comments again, as if I don't own a mirror; though, she also got me cute earrings and other awesome stuff to make up for what she had said.

Flash forward to my birthday. It was around 9AM and she ran upstairs to my room, pushed the door wide open, started pulling on my blanket. She jumped around and sang happy birthday in attempt to wake me but I was completely uninterested. As she realized her attempts to excite me and annoy me weren't enough, she turned around and blew a big one right in my face. Needless to say, it got my attention but I was quite disgusted.

This happens every day now. She runs into my room, rips off my blanket and farts as loud and as stinky as she can, yet she questions why I don't enjoy spending time with her. The answer should be quite clear, don't you think? She's annoying and she farts too much around me.

So a couple nights ago, I was having a Lord of the Rings marathon and she decided that she wanted to join me. I was fine with the idea until she wanted to get under my blanket with me, the idea made me cringe. I was scared that she'd try to pull the horrific Dutch Oven on me. Turns out, it's exactly what she was plotting to do. I started to feel faint, to be completely honest. The smell was so bad, it brought tears to my eyes and the only thing I could do was curl up into the couch and cry.  I felt so sick, I couldn't even recognize Gandalf. Now, that's just terrifying. The entire living room smelt like a Taco Bell restroom.

So I named her Farticus, and the rampage of Farticus continued for a total of 14 days. I don't know how I did it. But I did. I survived. A whole 15 days, I sat in what felt like methane gas. I should be awarded with a veteran medal something. Seriously.