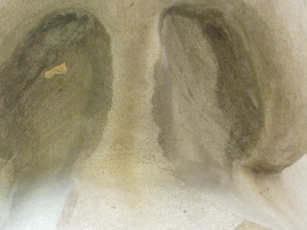 Is there gum up my nose... Can you check? 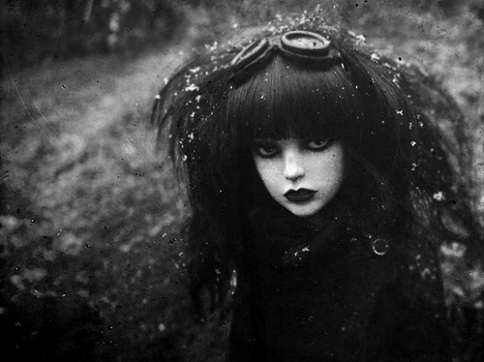 Tic toc tic toc chime
It was a simple rhyme
Alice sat all dressed in black
Trying to think back
To simpler phases
Easier phrases
“Maybe I can take a stroll
Yeah, that will calm my soul.”
Alice still dressed in black
Left the house without turning back
Little did she know
That her return would be slow
Tripping over a tree
Nothing more could she see
Falling down, down, down
Alice could just frown
Landing with a small thud
“Oh crud.”
Silently thinking
And slowly blinking
Surrounded by black and red
Alice had landed on a bed
“This is my kind of place,
But I have a dirty face.”
In search of a sink
She saw something pink
A rabbit in a coat
Saying a quote
“I’m late. I’m late
For a very important date.”
Running fast,
He ran right past
Poor Alice trying to keep up
She ran until she found a cup
Drink me read the label
Through the door are you able?
She drank and drank
Until her heart sank
“Why I’m so much smaller
And I need to be taller.”
There sat some cookies in a case
Eat me said the face
So she ate
And not a moment too late
She could go through the door
Leaving the floor
Alice walked to a garden with a queen
On Alice she seemed very keen
“Why darling you’re perfect
But your soul we must collect.”
Now Alice never liked her soul
It was the reason she was in this hole
“Hello there rabbit
Want my soul, have it.”
The rabbit walked off
The queen gave a scoff
“Darling, you’re mine
I hope that is fine”
“Quite fine indeed.
Now to my home will you lead?”
“Honey you gave your soul to me.
Now here forever shall you be.”
“Obviously you didn’t understand my words.
To return there would be absurd.
I like this place.
Can’t you see it in my face?
I want to live here instead
Or I’ll off my own head.”
“That could be arranged.
And yes, back there is deranged.”
“Now may I ask,
It is a simple task
My new home is called?”
“Gothland it is so-called.”
What a perfect name
And Alice became
Part of a world of make believe
Oh how her family will grieve

Please Don’t Embarrass Me!
(a skit by Jessica Chen and Emily Firmston)
Amy: Please don’t embarrass me tonight.
Fred: Why? It’s fun.
Amy: You have a problem.
Fred: What is that?
Amy: Being sadistic isn’t too good.
Fred: What I mean is that thing on the carpet.
Amy: Dunno, but it ain’t pretty.
Fred: Oh, that was me.
Amy: That’s gross.
Fred: I know you don’t want me to embarrass you.
Amy: Well, too late for that!
Fred: There’s your mom laughing her head off.
Amy: Ugh. Let me die.
Fred: Oww! Wassat for? 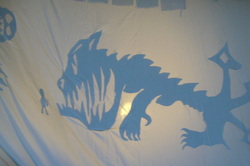