September E-Zine
Back to School
Apocalypse 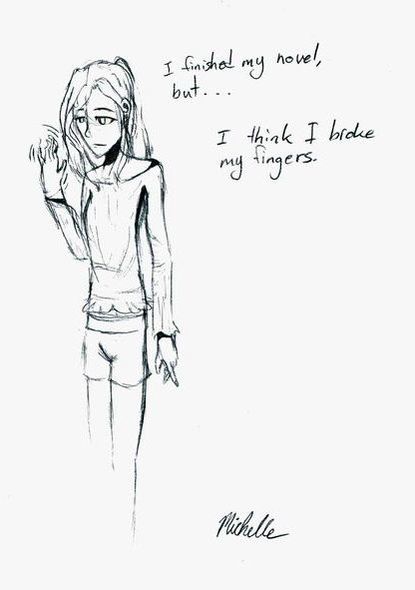 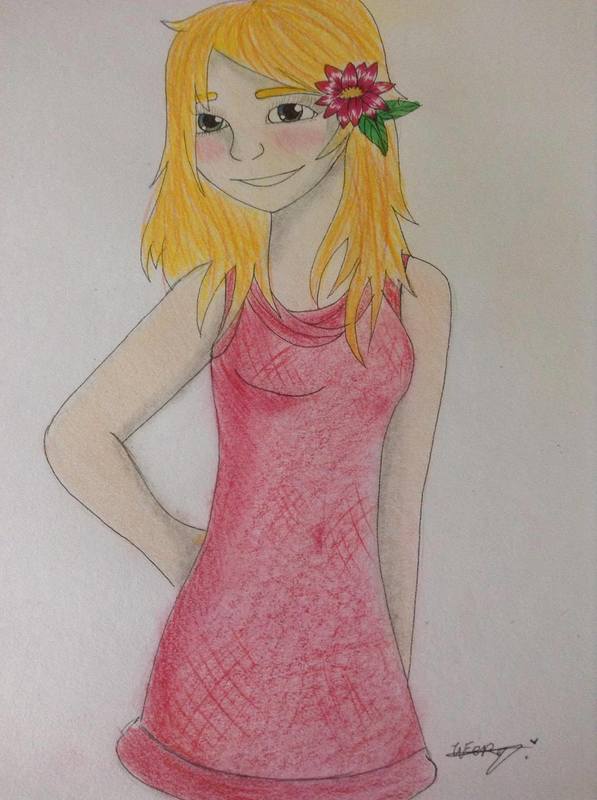 By Pencil Person
Firus Creatus: A Recipe
By: Mason
Mix the childs soul with the moonlight for five minutes. If the soul tries fighting to the afterlife, put it back in the child. Next, add the spaghetti, and stir for 30 minutes. Next, drop in the duton milkmaid. If she squirms around too much for your liking, hold her under the water until she stops squirming and screaming. 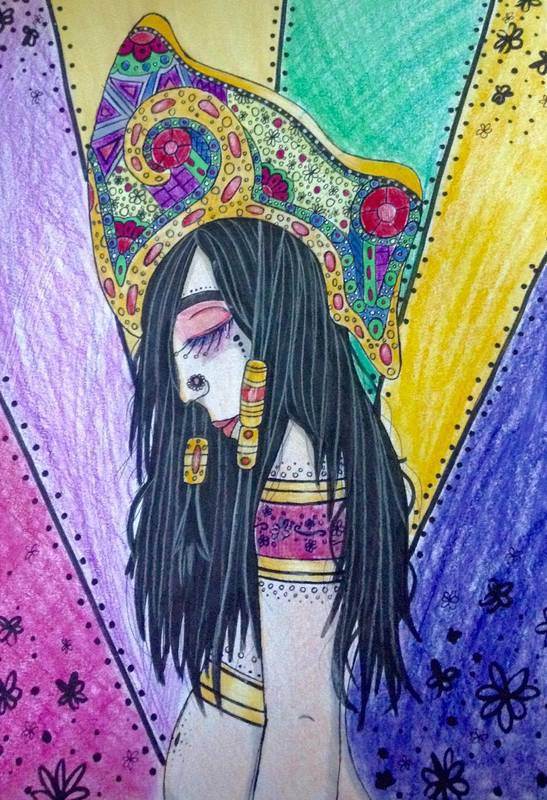 By Pencil Person
Sandwich Event of the Century
By: Nadia
Hello sandwich kicking fans from Canada, the US, and of course the beautiful block of ice we are on; Greenland! The main event is coming up in half an hour where everyone will take their best kick at the grade-A subway foot-long. Right now we are kicking off the under 18 championships with the 6-inch pizza sub kick! What a beautiful day for the sandwich kicking world championships! 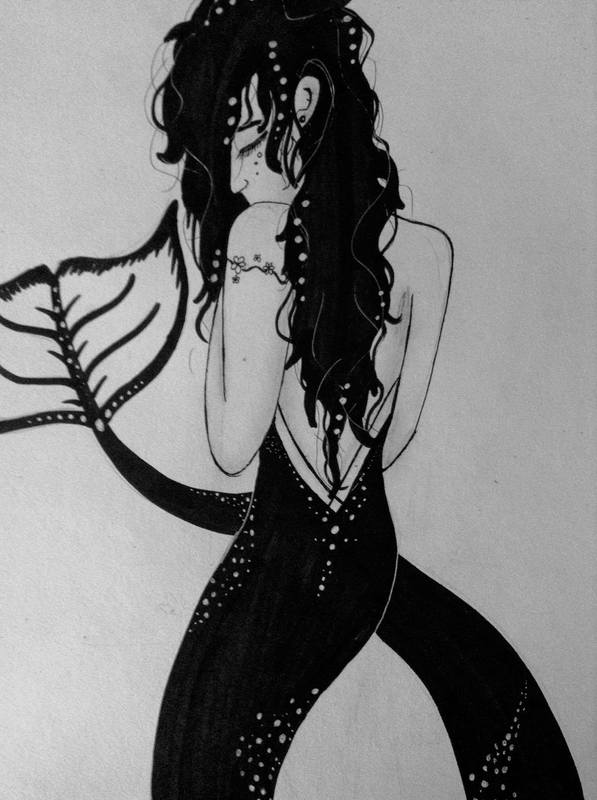 By Pencil Person
Three Ideas.
By: Rachel
I would have the power to turn people who talked too much into dust bunnies with one look! This would result in the serious reduction in the population of grade 10 boys and for me to finally be at peace.

Because THE ENTIRE WORLD NEEDS TO BURN I would create a magic spell to turn everyone in the world into a pyromaniac. The ingredients are: Wartz foot, Unicorn hair, Zombie eyes (optional bur helps the spells speed), and a Witch's Kiss.

Hey, we are here at the O-G ball tournament! It's like basketball in zero gravity! And before you ask HOW you dribble a ball in zero gravity, either of the wall, floor, roof, or other players. And here is the chickens! And there is everyone's... favorite... player... Michael *swoons* he's... just... so... dreamy. 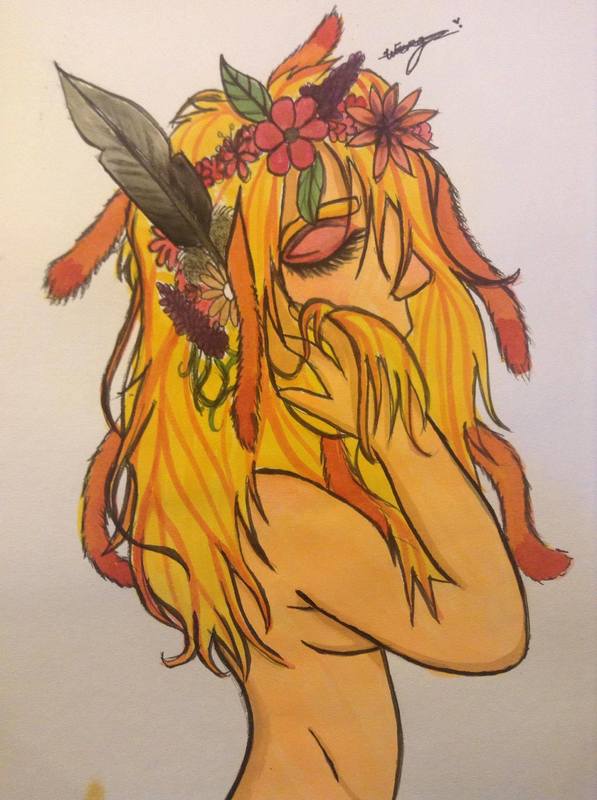 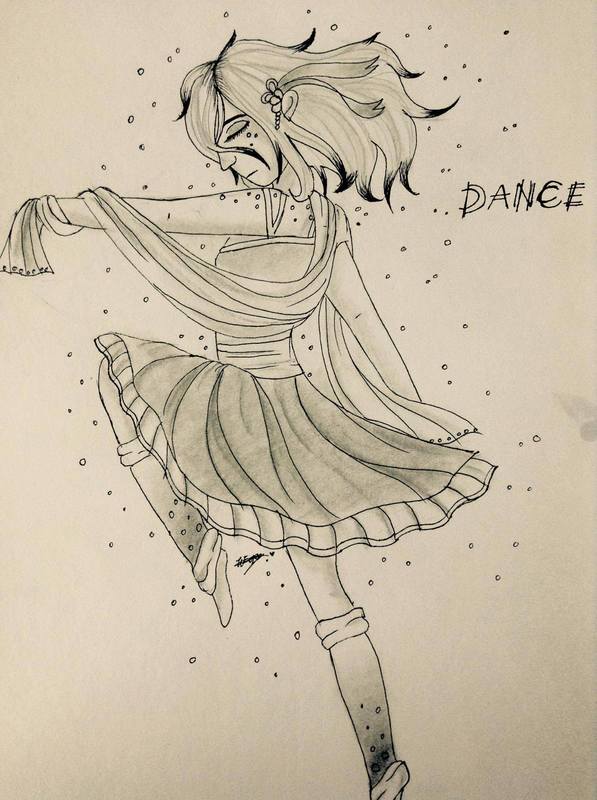 Blood soaked the dirt flooring
People litter the ground around me
My heart is filled with rocks
I silence the lights
And let then let them fall and shatter
A melody of clear haunting music
Is coming from the graveyard.
I step forward to take my final breath 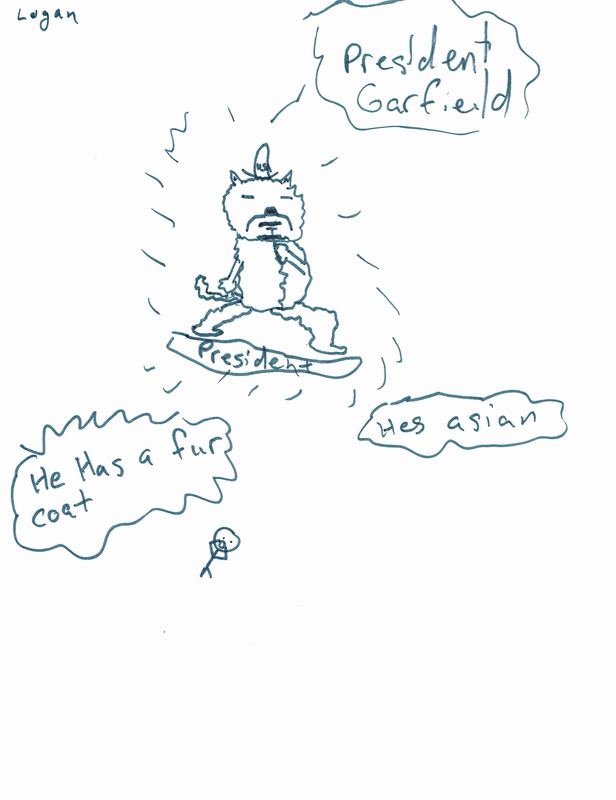 Dear Stupid Forest,
The buzzing sound of the refrigerator makes me sleepy
The off tone ding of the old toaster claiming that the toast is  done
But the honey is guarded by stinging bees
Dear totally brain dead forest
I miss the odd smell of smoldering cigarettes and car exhaust
All your little flowers, they’re perfect for a florist
Or a perfume snap shot for an annoying tourist
Dear beautiful, ugly forest
I have sat in your bushes like a La-Z-Boy recliner
With dreams of cars and the loud growling of vacuums
The background noise of
The squirrels are working construction in the ditch
While watching the sky as beautiful as a tree of nightingales 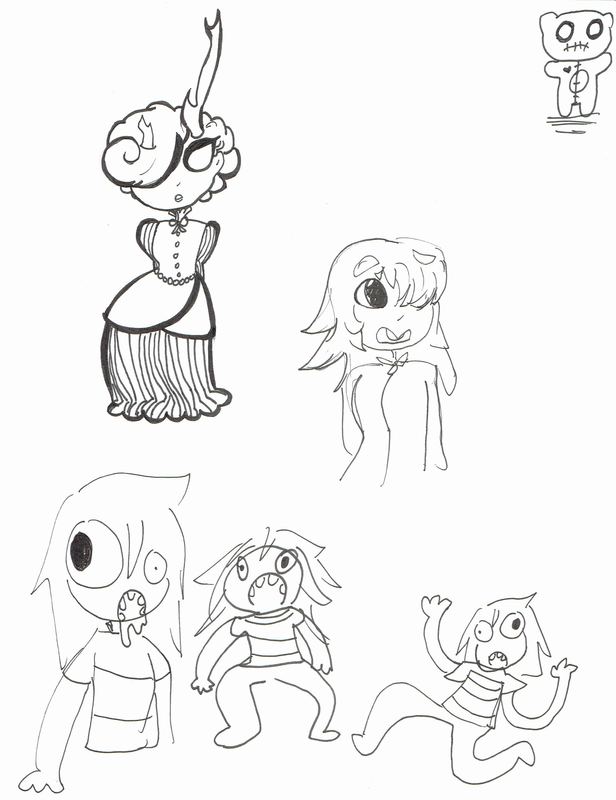 ​The Road that leads me home by Alexis Kelly

To the Road that leads me home –
I have lost you. I stopped tracking and counting left and right turns thinking I wanted to get lost. I didn’t. I was wrong. I thought I knew myself. I don’t Do we ever know ourselves? I want to go home. I hope if you get this you will return a letter. Tell me how to find you.
Where have you been? How many people have taken you to get home lately? How many to get away?
I miss you. The moonlight looks different on this path. It makes me homesick.
I love you. I sit here still, awaiting your response. I do not want the opportunity to lose you again.
Sincerely,
A Wander 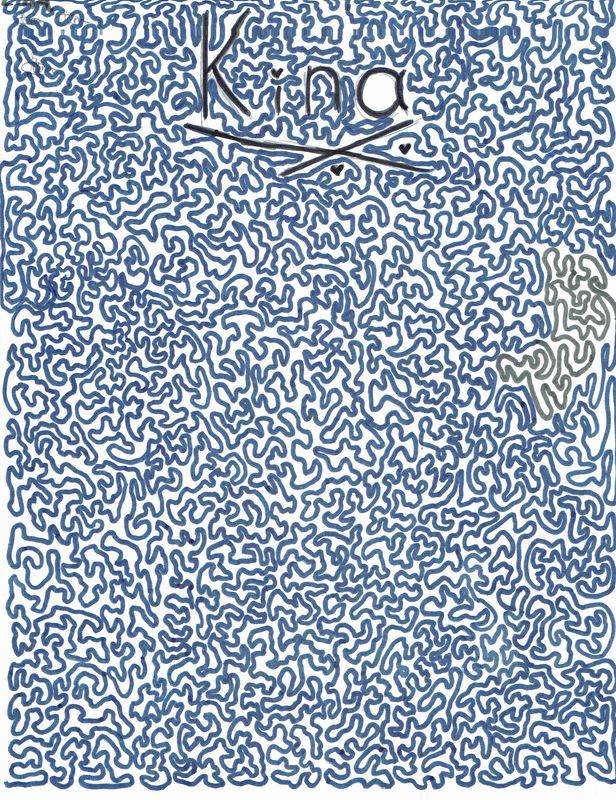 ​​In My Other Life by Olivia and Cleo 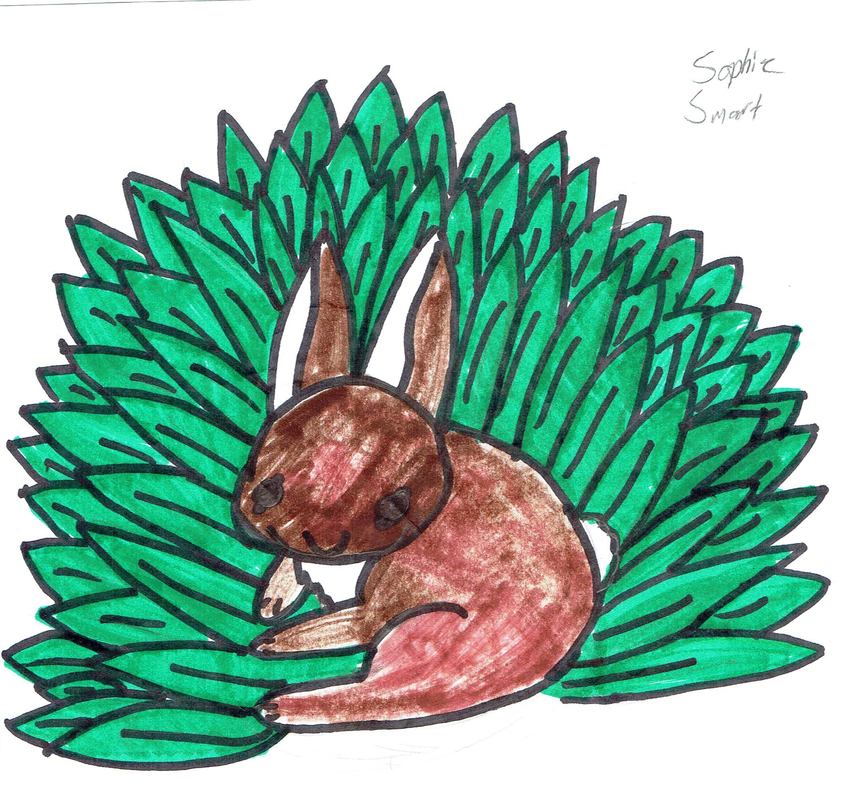 Dear English,
Okay look – I get it. Grammar and spelling are important, and all that ridiculous nonsense you spew. Really. I understand that without you, our students wouldn’t be able to understand me. But here’s the thing. I am sick of you stealing my students away! I mean, really! I get that English is important but you are, by no means, MORE important than me! Numbers are just as important, if not MORE, than words. I provide a more proactical standpoint in the real world than you. You are not as universal as you think you are, but I am. And – yes, I’m going to say it – Shakespeare isn’t as great as you think he is.
Please stop stealing MY students and telling them that I’m irrelevant. You don’t need to speak English in order to understand, so stop telling them that you are a necessity. And, more importantly, since language is SO important to you, consider teaching one besides English. And yes, Olde English and Middle English and Shakespearian English ALL COUNT AS ENGLISH! Get a life!
Oh, and one more thing? In case I forgot to mention it? YOU DON’T NEED TO UNDERSTAND ENGLISH TO UNDERSTAND ME!
Have a good day.
- Math 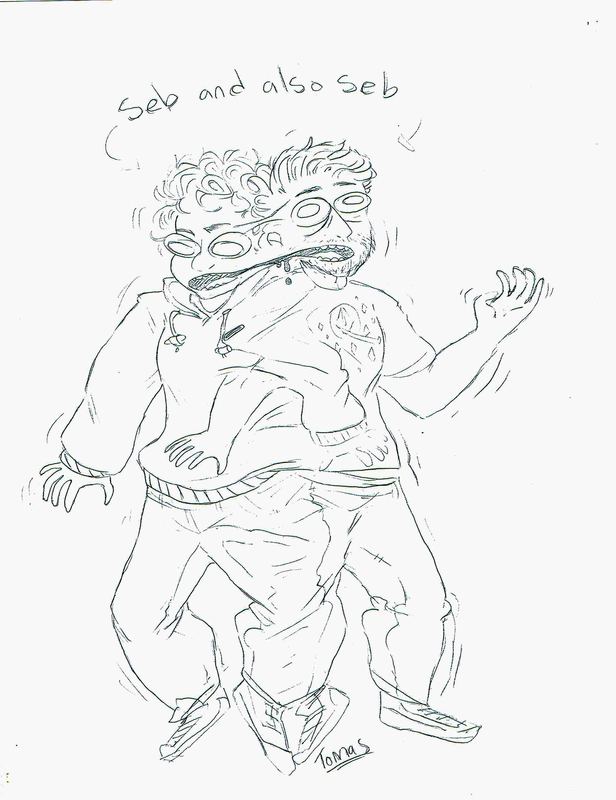 Collage Poetry with Paul Zits
by Cleo, Emma, Megan, Em, and a few others 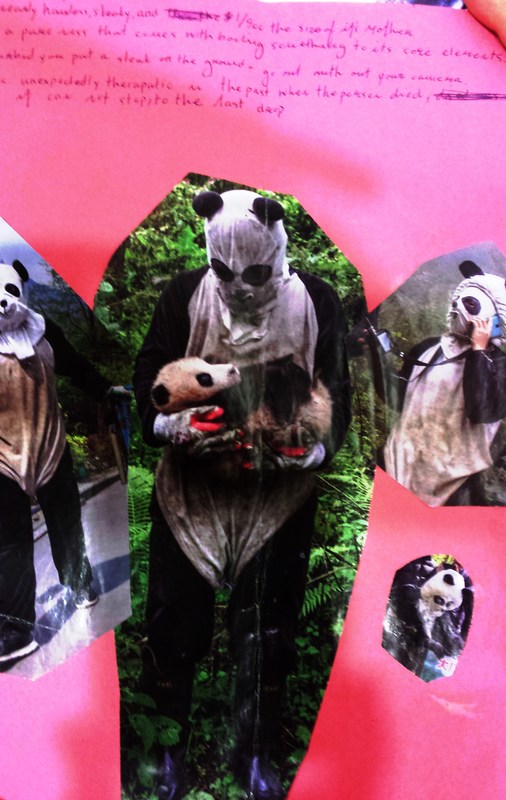 A Couple of Stories From WordsWorth

Claudia's Adventure
Claudia fiddled with her hands. She was sitting on a park bench, feeling quite glad that it wasn't overwhelmingly loud. A car zoomed by on the road behind her. A huge tank pulled in and ran into a street lamp. Out marched about fifteen soldiers. Behind it pulled in a bunch of black troop shuttles. Troops piled out and there were a few screams and a battle started right there in the park. Claudia ushered the children on the park to the underground bunkers and safely fastened gas masks over the children's mouths. Anxiety overwhelmed her as bombs dropped overhead. Claudia continued to flinch. Footsteps echoed overhead, and paused. The door of the bunker shook violently, and two of the children began to scream. The door shook harder and harder, causing dirt to fall. The doors began to crack. Finally they burst open. Everyone screamed as a man stomped through the doorway. Claudia recognized him after a few moments. It was her brother.
"I know a way out of the battle," he said. "Follow me."
Claudia's brother lead them out of the underground shelter and motioned for them to crouch. they crawled through the battle field to a group of trees. They had carefully climbed a couple when a child shrieked. Claudia turned to see zombies walking the battlefield. Then Claudia said, "Come on! Let's be Sherlock Holmes and figure out a way to safety kids." She got out her magnifying glass and was pretending to keep the kids calm when a huge Grim Reaper broke out of the ground in front of Claudia and killed her. The Grim Reaper then made a row boat and a river appear and put her inside, and rowed off into the sunset.
Aliens In Mexico
In Mexico the trees are tall and green and hanging low with fruit. Monkeys swing from treetop to treetop, pelting the poor children below with overripe fruit. The children scream and laugh, and run for cover, while trying to take their own low hanging fruit.
Suddenly the children felt themselves being blown back. The pressure was realized to be a spaceship. A UFO from Mars! A cannon started firing at the monkeys. We can only assume that this is because on Mars nothing has a tail. Anything with a tail is considered "heathen" in the Martian society. Most Martians never venture farther than their doorstep before the age of fifteen.
Fifteen is the age when Martian children are about ripe for heartbreak and government revolts. The Martian teens readied their weapons and faced the monkeys who wore stares of the government.
The skies grew dark as the monkeys grew seven inch fangs. The Martian teens readied for battle, hearts s on their sleeves and slime in  their hands. They flung slime at the teeth, dissolving them instantly, the monkey's cries fading as the Martians took the battle, winning the the Earth. The teens then flew back to Mars satisfied. The Earth children came out and gathered up the fallen fruit taking it home to their parents.