REALITY IS OPTIONAL - MAY E-ZINE 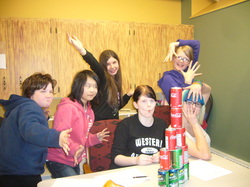 Presented by theAWCS RIO Kids' Writing Club - Supporting eating too much sugar and going nuts as a lifestyle.

Presenting a few of our club members:

Star of Stage and Screen

Bringing the Science to Science Fiction. 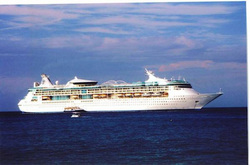 By: Angela Giffin
Disclaimer: I do not own anything

CHAPTER ONE
Seventeen-year old Bailey Pickett looked out across the ocean water. She thought back to when she had first come aboard the S.S Tiption, where she still went to high school today. The S.S Tiption is where she met her one true love, Cody Martian. She loved him more than anything, his sparkling green eyes, his blonde hair, his- Her thoughts were interrupted by a pair of arms being wrapped around her waist. She was startled at first but then realized they could only belong to one person.
Cody: Hey beautiful
He turned her around to face him
Bailey: Hey
She smiles and wraps her arms around his neck
Cody:  So I was thinking maybe we could go to dinner tonight
Bailey: I’d like that
Cody: Great, pick you up at your cabin at seven?
Bailey: Perfect
Cody: Okay see you in an hour *leans in and kisses her, then walks off the sky deck*
Bailey started walking to her cabin, which she shared with her roommate, London. London was dark haired, snobby, prissy, a shopaholic and just happened to be the heiress to the ship.  Bailey on the other hand was blonde, sweet, smart and had grown up in a small town in Kansas. But she didn’t have worry about London this week as she had left for Paris two days ago.
Bailey continued to walk towards her cabin when she was abruptly grabbed by the arm and pulled into the supplies closet. Before she could scream a heavy black glove was clapped over her mouth and a gun pushed into her back. Then she heard her attacker’s voice,
Attacker: Now miss. Bailey Pickett you will silently come with me…or else

CHAPTER TWO
Bailey could only nod in agreement, she had to go…or else.
Back at Cody’s cabins, 6:55pm
Cody was about to leave to go pick up Bailey when a sealed envelope, addressed to him, was slid under the door. He quickly picked it up and opened it. Inside it read:
Dear Mr. Cody Martian,
I suggest you read this carefully. I do hope 2 days is enough time to raise 10 million dollars, because if not you may never see your girlfriend ever again. Do not let anyone know about any of this or your girlfriend will be doomed. Oh and do not try to double cross me you hooligan, as I know almost everything there is to know about you.
Signed, Mr. Mysterious
Cody turned white as a ghost. Was this a serious threat? Or was it just his annoying twin brother Zack pulling a prank on him. He quickly called Bailey but it went straight to voice mail. He tried several more times but it kept going to voice mail. Cody thought about what he should do. Why would they kidnap Bailey specifically? In the letter he was called a hooligan and it said he knew almost everything there is to know about him, but who could that possibly be? Then it hit him, who was the person he had known since he was 12? Who was the only person who had ever called him a hooligan? None other than Mr. Mosbey, the ships manager! 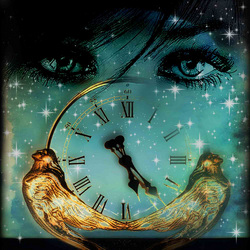