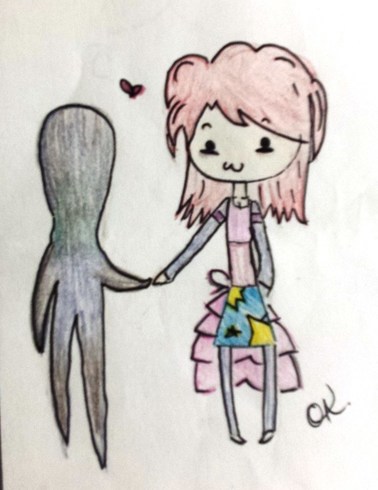 Poking the Bear
Jeffery decided bears are fun to poke. Jeffery is about to regret his decisions.
Jeffery is running away now.

Jeffery put on bear spray. Jeffery didn't realize you had to spray the bear with the bear spray. Jeffery is not a smart man. Since he did not realize this, he started to poke the bear again under the false safety of the spray. This angered the bear even more. The bear roared, but Jeffery stayed, because he had sprayed himself. The bear then opened his jaws wide and that's when Jeffery finally decided to move.
He ran as fast as he could from the giant cave he had been standing in. Bushes scraped his ankles and tugged on his clothes. He scrambled to get away. A voice in his head kept repeating, "No regrets, no regrets, no regrets."
He crashed through the next patch of bushes glancing behind him to see the bear close on his heels. Suddenly, he was falling, falling, falling towards the ground. His leg was caught under a branch and no matter how he thrashed and tugged he could not figure out how to come loose again. He watched in horror as the bear got closer and closer. and he closed his eyes, waiting for the end.
The bear's teeth clamped on his leg. Sharp teeth beginning to impale flesh. Then . . .
"Eew! Too much pepper!" the bear shouted. "Seriously, you have no sense of balance."
"Really?" Jeffery asked. "What would you recommend?"
"Let me show you." The bear released Jeffery and spent the next hour taking Jeffery through the woods showing him all the herbs available to him. Jeffery diligently slathered himself with the herbs, nodding and humming. “Thank you,” said Jeffery.
“You’re welcome,” the bear said, and then he ate Jeffery. “That was one delicious human!” the bear exclaimed, sauntering away. 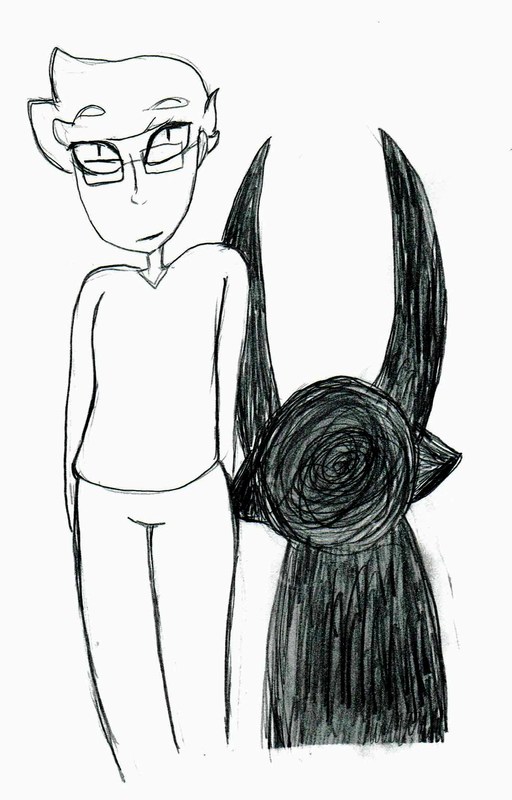 By The Dark Lord
A Man by Any Other Name
John walked outside. He thought his name was too common. John Smith – boring! He sat on a bench and thought. “I should change my name!” he shouted randomly. So he walked/ran to the Name Changing Society and changed his name to Ralph Tinklepants. He walked out and met a guy and decided to talk to him.
“Hi! I’m Ralph Tinklepants! Nice to meet you!” Ralph cheerily exclaimed.
The guy laughed, pointing at him with a mocking smile. “That’s a stupid name,” the man said. And covered his smile with a hand. “Sorry, that was rude. I was mainly saying that because I thought that’s where the story was setting itself to go.” Almost immediately he stopped laughing and a serious expression fell over his face. “Did you know that saying Tinklepants is against the law?” he asked. Suddenly, and with both hands, he pulled out a gun and a police badge from his pockets. “you are under arrest!”
“But all I wanted was a cool name!” Ralph Tinkelpants, formerly John Smith, exclaimed.
“That may be so – but the law is the law. Security, arrest this man!”
“Security took Ralph/John to the police station where they were horrified at his crime and spared no time putting him in front of the judge. The judge covering his eyes and gasping in horror at the severity of the crime, sentenced John/Ralph to death by hanging right away. Minutes later the noose was hung over Ralph/John’s neck. Ralph/John out of nowhere did some sick ninja moves and knocked out the guards. The executioner was so impressed he let Ralph/John go and live his life as a dude with a dumb name. 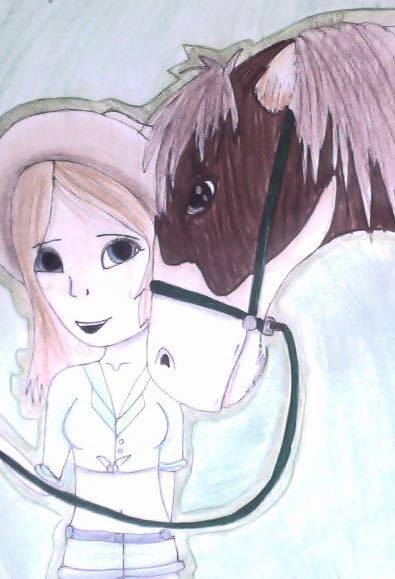 By Pencil Person
Dramatic Puppy Problems
“Oh no!” Paul cried, “The puppy is stuck in the vortex again. Whatever will we do?” He put his hand to his forehead and swooned.
“I told you to close it!” Spengally shouted, slamming the cupboard door closed and spilling his coffee. “We must get her out!”
“But how?” Paul fell to his knees.
“Turn it off NOW!” Spegally shouted – he was always shouting – his voice modulator was broken.
“Okay!” Paul sobbed, beating the floor with his fists before standing and hitting the off switch, expecting the puppy to drop from the vortex.
“Here it comes!” Spengally yelled.
The vortex disappeared and so did the puppy.
“Oh no!” they screamed together.
“I don’t have time to go on another multi-dimensional rescue mission,” Paul cried.
“You don’t have time? I have a term paper due on Tuesday!” Spengally yelled.
“I HATE YOU!” Paul stomped out of the room.
“We have to get the puppy back!” Spengally cried and face planted. He lifted his head from the floor and gripped Paul’s leg, as he was walking out, causing Paul to fall to the floor and crack his head open. Spengally then cried, “Oh no! He is the only one that can open the vortex!”
Suddenly the puppy and the vortex reappeared. The puppy’s eyes started to glow bright yellow  and the vortex quivered around her.
“That dude is so dead,” the puppy said, a deep gravelly voice coming from her cute puppy jaw. Spegally looked up surprised, but found the light from within the puppy was too bright to bear. “Bro, I’m out before the policed show up,” the puppy said and started drifting upwards until she reached the ceiling, then she disappeared in a flash of yellow light.
Spengally looked down at the body, realization coming to him just as another man walked in.
“Oh gasp!” he exclaimed looking from the body to Spengally, “I’m calling the police.” 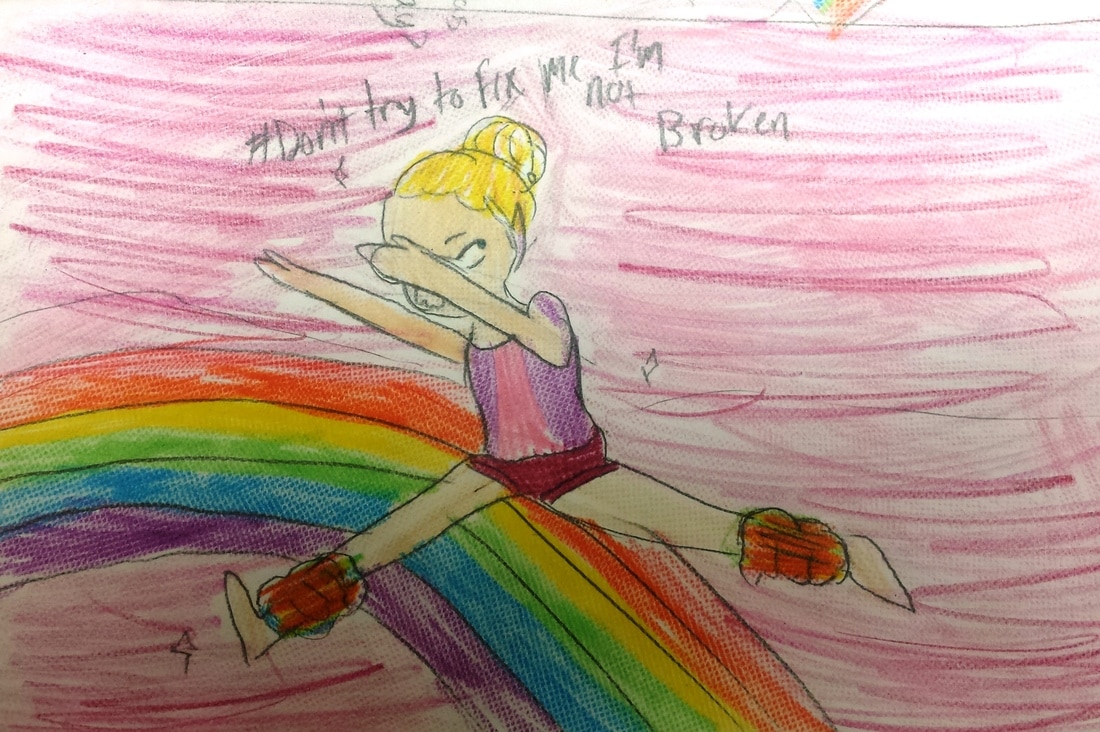 By Sophia
Friend of Foe?
“Where’d all this paint come from?” Jane asked, as she skipped through the door to her best friend’s room. The usual brown walls and wooden floor was completely covered in bright blue paint.
“It’s not paint.” Clara stated, whipping her blonde hair out of her eyes. “It’s dragon vomit.”
There was a pause that lasted an awkward amount of time before June replied, “What?” She stepped forward into the room, noticing the sword in her friend’s hand. “What?” she asked again. And watched in wonder as her friend stepped towards the window and peered out. She turned back towards June.
“Take that bow and legit shoot the thing.” Clara said, pointing to the corner of her room where a long bow and quiver full of arrows was waiting.
June treaded over carefully, accidently taking a couple of steps in the goo. “How did it get inside?” June asked.
“Yeah – that – don’t worry about that,” Clara said. “We just need to kill it.”
June grabbed the long bow and followed Clara outside. “Have you thought about making it your friend?”
“What? A dragon?” Clara asked, aghast. “No!”
Outside the dragon sat looking all gold and green in the sun. “See, it’s a copper dragon! Those are nice!” June protested.
“JUST SHOOT IT!” Clara screamed.
“WHAT IF I DON’T WANNA?” June yelled back.
“FINE! I’LL JUST DO IT MYSELF THEN!” Clara wrenched the bow and arrow out of June’s hands and aimed it at the huge dragon.
“DON’T” June screamed, tackling Clara.
“I must!” Clara screamed back.
“No!” June cried, grabbing hold of the bow. The arrow flung from the bow and into Clara’s chest. June screamed in horror.

Choose Your Own Adventure Games for you: