RIO's OCTOBER E-ZINE
Commercials, Ads, and other Weirdness
(Don't be impatient, give it time to load)

Reality Is Optional by Alexis Kelly

Reality is optional,
We are unstoppable.
Crazy people, be like us,
Don't worry, we don't fuss.
We are awesome people,
We love Home Depot.
I don't know, just come over here,
You'll realize I'm not lying you little dear.
Like I said, we're pretty cool.
We talk about awesome things like fools.
If your not weird, oh gosh, I don't know.
I guess this place isn't the one, Joe.
We make up weird nicknames, its really fun.
Cmon buddy, your awesome Hon.
Anyways I'm out of ideas, so just Cmon
Don't worry, you'll grow fond.
We have weird ways. don't worry we don't bite.
But maybe we will fly a kite.
Anyways, I'm done with this poem.
See you later, ima going to roam.

Penguins, Penguins everywhere!
Find them here!
and find them there!
Cuter than any kind of bear!
Penguins, Penguins everywhere!
This was the story that started it all. The three penguins over heard this nursery rhyme one day in their enclosure. They decided to go and find all these penguins. Their primitive minds figured that no matter where they went they would find penguins. No matter where they would go. So later that night they escaped when all the workers weren’t looking. To this day we don’t know how they did it. They got on the streets of New York and started their search for fellow penguins. They eventually got lost in Central Park and were never seen again.
ALL BECAUSE OF A POEM

RIO Does We Should Know Each Other #100

Heiracium,
we are Hiera’s kiss to Telephus
made red by Nerus spilling Amazon blood
upon our petals,
now orange as the sun.
Aurantium,
ten-thousand strong,
our mother’s bestowed blossoms
like luminous radiation
fill the planet with warmth.

NEW PRODUCTS FOR YOU!

Zide and Scar by Emma Train

With one beat of his massive wings, Zide took flight. His razor sharp eyes quickly locked onto a target. His speed accelerated. He began to go into a steady dive, talons outstretched. Finally those claws hit home. The antelope was dead on impact. Zide flew back to his cave, the antelope hanging limply from his claws, its flesh still warm. He enjoyed a feast at his cave. His brother, Scar, asked, “Can I have a bone?” Well, Zide ignored him. He was too busy licking the blood off of his talons. Scar took a bone anyway. As the sun set that night, Zide looked out over the forest. His eyes wandered over the beautiful sunlit
horizon. Scar sat beside him. “What ‘cha looking at?” Scar asked. Zide just stared ahead, brow furrowed. “I’m going to bed,” Sighed Scar. I have a feeling he’s going to be up all night guarding, again, he thought. The next morning Scar got a rude awakening. Zide had been up all night, and now to wake his brother up, Zide sat on his head. 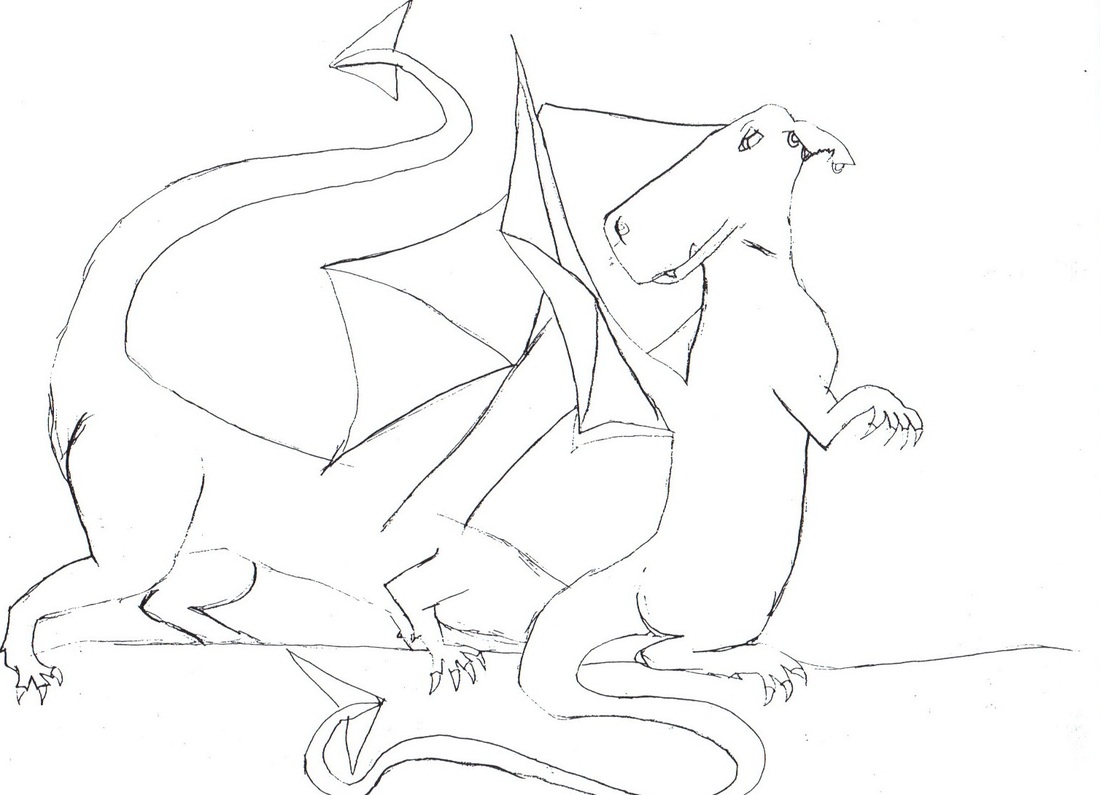 Zide and Scar By Emma

A Recipe For Mario