This past September nine intrepid RIO members became the RIO Steam Powered Press Corps and reported on the Ramsay Robot Uprising. One became the stage manager of the play. Here is the result:

A moose with them smooth moves
It`s kicks be them class hooves
Mess with it and you’ll be used
Cuz, like doves, when it walks by, you’ll coo
Wait, who?
Moose. 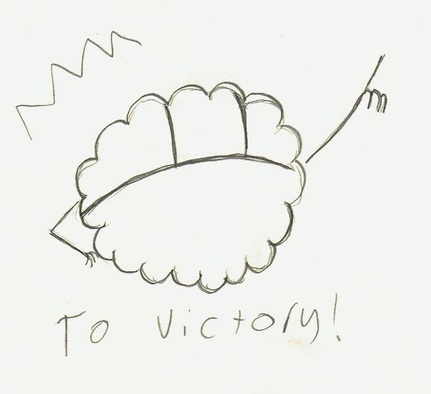 The NEW Super Heroes of RIO

Bernard Abernathy woke up, his cybernetic eye powering on a little slower than his organic one, causing him to stumble aimlessly around his little bedroom, nearly tripping over the hem of his blue nightgown as he attempted to find his closet. It wasn’t so much a closet as it was an armoury, as the little room that led off from Bernard’s bedroom was chock full of various forms of armour and weaponry that a super hero with half a robot body would need in a pinch.
Finally as his eye caught up with the rest of him, Bernard changed managed to change out of his nightgown and cap into a gagitized tuxedo and top hat. He looked at the row of metal arms hanging on their respective pegs. What arm should he use today? Should he go for intimidation, class, sci-fi, classic, medieval, bruiser, or something else? Over the years Bernard had collected a great number of arms, and he faced the same dilemma every morning. He decided on a simple claw arm, one of his more common choices. He made his way down the stairs that led to the main room inside Bernard’s super team. His metal leg clanked irritatingly the whole time.
At the bottom of the stairs, he came face to face with the only other person currently using the headquarters as a home, a super heroine known as The Wall. Her name suited her incredibly well, as she was imposing, unmoving, unyielding, and a very bad conversationalist. She was about seven and a half feet tall; her body was the same colour and density of clay, her hands where able to shift into various blunt instruments at will, allowing her to crush those who got in her way. This made her a tough teammate to work with, but things usually worked out alright.
“Hello Wall, what can I do for you today?” The Bernard asked. The wall grunted. All she ever seemed to do was grunt, and this would have made communication impossible, had it not been for the fact that Bernard’s inner computer had compiled a database on The Wall’s speaking pattern and was able to translate those grunts into more or less understandable meaning. Bernard slipped past The Wall’s imposing figure and entered the team’s crime detecting room. Due to budget restrictions, they had only recently been able to upgrade the system, now instead of monitoring land line phones on a battered old laptop and waiting for someone to dial 211*; they had a much better system of crime detection. This system included a large map of London that had been dotted with little red Christmas lights. Whenever someone hit the silent alarm at a store, the little red light would go off. Most of the time, at least, there had been a few screw ups in the last few months, but they had smoothed thin gs over with the police. Left to watch the map, Bernard thought to himself. He envied the two other members of his team, who could lead ordinary lives as their alter egos whenever they wished. Away from the responsibility of hero business. He glanced back at The Wall, who had now entered the room and was still glaring at him.
“Do you ever feel jealous about our teammates?” he asked The Wall, she raised her eyebrow and grunted. Bernard sighed “About their ability to free themselves from responsibility and lead ordinary lives.” He said, Wall’s eyes unfocused, as if she was remembering something long since passed. She grunted. “Me too” said Bernard, turning to the map. “What did you do before you got your super powers anyways?” he asked, “where you a pro wrestler or some such thing?” another grunt. “That makes sense, so if you were a construction worker, you could have easily had some sort of accident. Maybe blown out vocal cords as well?” the wall grunted again, her hand turning into a large hammer. “Alright, alright, I’ll stop prying, it just that your so cagy, it’s like I’m trying to talk to a… erm…” he had been about to say brick wall. Suddenly a light flashed on the map, and Bernard had never been happier for a burglary in his life. “Duty calls.” He said with a grin.
*211 is London's 911 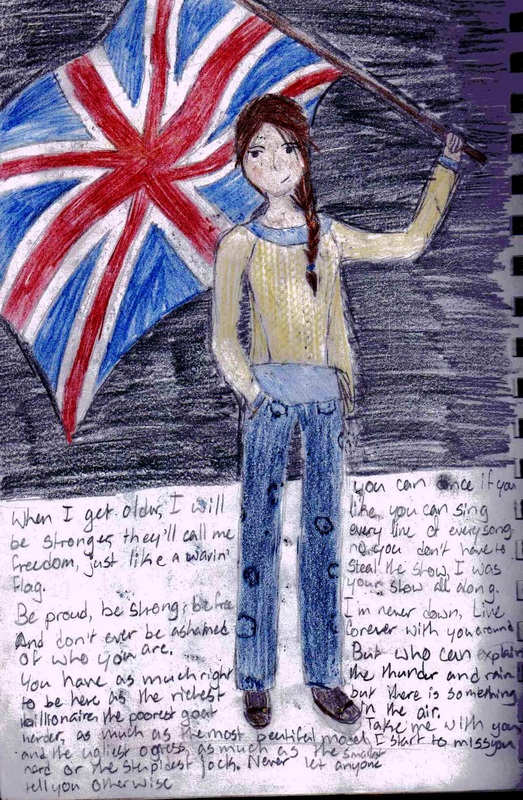 I Am by Keagan Longson

People call me Keegs.
I call myself James.
I am blue.
Secretly I am a pig.
I write war, lollipops, and logic
like a dark cloud.
I read Amulet
in CHINA!!!
For fun I play video games.
For more fun I act like the Thing.
I am CHEESE.

Some of our RIO members