cChapter 1:
Meredith is a student at St. Annabella's School for Young Women and one day she accidentally breaks one of the mech clubs' steam mechs. So, as punishment, she is forced to pay off her debut by winning mech battles with other schools to help the club secure more funding. She also has a dark family secret relating to the creation of the mechs.

Chapter 2:
"I think I'm falling," is what Meredith thought when she was knocked out in her practice match with her fellow club members. After getting knocked over, she willed herself to get back up again, but is too weak to fight back. To control her mech, she must get really buff. So, she decided to go on a workout routine, but needed to conceal it from her parents because they disapprove of mech fighting.

Chapter 3:
We find out that Meredith's family created the first mech with the soul of one of her brothers. That's why her mother disapproves of mech fights. A local tournament is coming to St. Annabelle's and the club must face 4v4 against another school. So, the club trains as a team, but Meredith has a problem with the team hot-head, Gereldine.

Chapter 5:
The match is actually a front for an illegal campaign for a series of super soldiers for the British government by mind-controlling with a giant tuba.

Chapter 6:
Both mech clubs try to break out of the military base they are held in, lead by Meredith. But, they fail and are subjected to permanent bio-augmentations to make it easier to mind-control them.

Chapter 7:
Due to the failure of the military experiment, high command is told to terminate the mech program and to kill everybody involved, giving the girls one day to break out.

Chapter 8:
Meredith rips out her steampunk cybernetic monode and hijacks on of the high-speed mech to run it into the computer command center to break the mind-control. She lives, but it heavily injured and may never be able to pilot again.

Chapter 9:
Mech fighting is banned across the UK. But, people make mech robots illegally to fight in underground rings.

Reviews:
"One of the greatest fantasy novels I've ever heard." -J.B. Buttersworth

"Five Stars. Based on a true story, and all of the details are weirdly accurate. Good book, though."-F.B.I.

"I feel like commiting a crime because of this. Congrats." -Unknown

"This will go viral in a few seconds." -Ur mom

"Reminds me of cake." -Waffles

Bounty Hunting for Bounty and Money: Sus by Ayden Eyamie

The full moon sells chocolate chip cookies- cookies.com
Go to the website to publish your own movie!- John Cena
This book is for my pet Gorilla, Tiny. I will always think of you. Even if you don't exist. -Ur mom

Chapter 1:
It was Bounty Bob's Birthday and Bob couldn't find anything in the fridge! Bob looked in the pantry and there was nothing in there. Bob really likes to eat. He's starving. So, he starts to eat whatever he can find. He ate the tv remote, the chair leg, and his pillow.

Chapter 3:
Bob wipes off spit from his mouth. But then, Bob's moustache comes off. Thankfully, no one's looking. He starts walking. He finds a dead Rhino.
"I did that," someone says.
Bob turns around. It's a girl.

Chapter 4:
Oof! Bob got punched by the girl. The girl ran away. Bob got up. He had to chase after her. He started to run.

Chapter 5:
All of a sudden, Bob trips and falls into a hot tub full of Pringles. He gets out and sees a shake with arms and legs.

Chapter 6:
Bob tries to fix everything by riding a horse. But the horse flies and Bob falls out of the sky.

Chapter 7:
Bob is sad. He will never be able to get that girl. He doesn't even know where HE is, let alone she.

Chapter 8:
Then, Bob sees the girl. Bib dives very heroically and grabs the wallet out of her pocket. He had done it. He had completed the quest.

Chapter 9:
All of a sudden, Bob wakes up. It was all a dream. Bob went to the fridge and got some cheese. He ate it.
​
THE END.

"Five Stars. Can't get enough of this!" -Underdown Times

Sport Rebel Girl: A Quest for Justice by Sydney Ball

Chapter 1:
Bang! Barry knocked his fist into my drink.
"Whoa there," I said, backing away.
"Gimme my money back," he snarled, beard dancing.
"I won it." I pointed to the poker cards lying on the table of the bar.
"Not my fault the Mets lost!" he said. "For this, I'm putting you on the task force."
"No!" I shrieked

Chapter 2:
"I have dessert!"
"Shut up, Larry," said Barry. "We didn't call you over."
"I'm doing what's called conflict management." Larry grinned.
I giggled. Barry glared at me.
"Shut up," he said.
I shut up.

Chapter 3:
"You're the one who can't take a joke," said Larry.
"Michael's the one who used to farm cats," snarled Barry.
"How dare you tell my secret!" I screamed. "I will eat your food now."
I did, and it was tasty.

Chapter 4:
OOF! Barry punched me in the stomach. I stumbled backwards into Jerry.
"You stupid kid!" he screamed, punching me. I blacked out. :(

Chapter 5:
When I came to, I was stuffed in to a tuba, with only my feet sticking out. There were also mice stuck in the tuba. I named one Jeremy.

Chapter 6:
I attempted to wiggle out, but ended up bumping Jeremy, who went rabid and plucked my eyebrows. Outside, Jerry and Barry discussed my enrollment in the task force.

Chapter 7:
My face swelled with not only rabies, but the sadness that Barry and Jerry would send me away. Jeremy apologized, still foaming at the mouth. CLOMP! CLOMP! CLOMP! Barry welcomed the task force sergeant.

Chapter 8:
"I'm not taking a walking tuba into my task force! We are trying to take over the world, not play music!" screamed the leader.
Jeremy grinned in relief.

Chapter 9:
And so Jeremy and I lived in the tuba happily-ever-after. Barry and Jerry continued to argue.

"Economic and unintelligable. 10/10." -Daniel from the Small Stick Society

"It was really good and I really liked it." -Life

The Shenanigans of the AWCS Youth Adventure Camp, Week Two 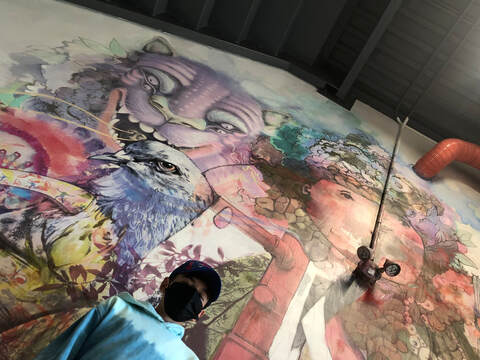 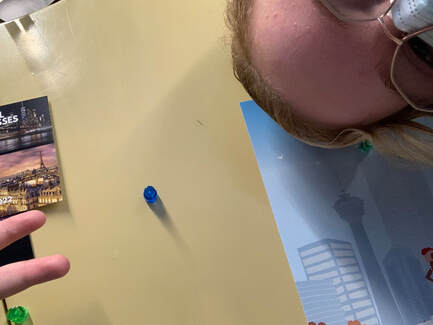 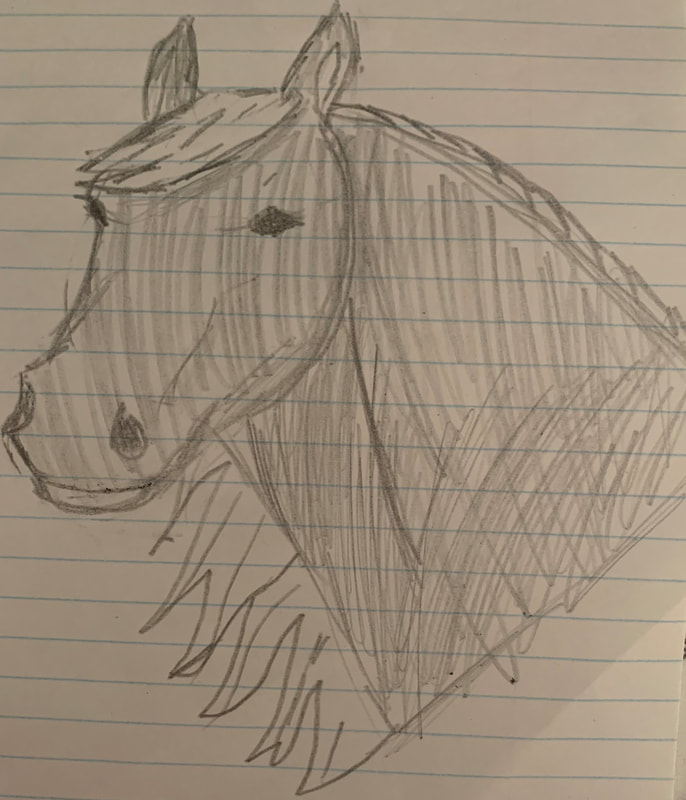 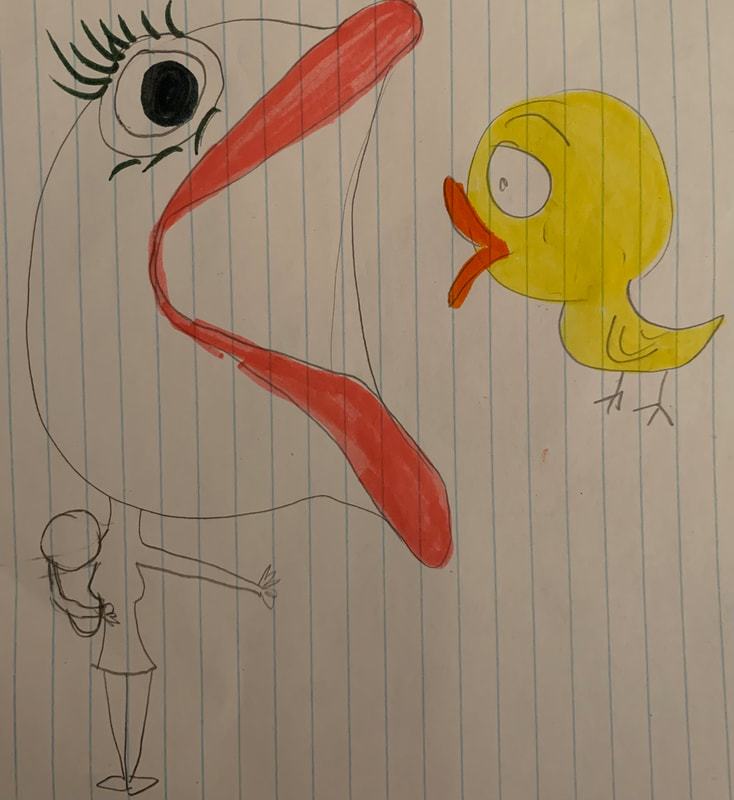 Key:
Something in blue is a sound cue

Characters:
-Jack: A mad-scientist providing fake remedies. He's only out for himself.
-Old Woman: A customer of Jack's.
-Lady Giant: A kind-hearted giant who lives in the sky.

Jack is in his laboratory, it's a cow-poo and dung beetle situation. It's the shed behind his house. Rain-stick to show pouring of beakers.

(knock at the door, an old woman limps through the door) Frog knocker to show old woman's knocks.

(Old Woman pays and exits shop, walking to the corner of the stage)

The next morning, in Jack's house.

(somehow, the audience knows Jack is climbing the beanstalk)

A  female giant is playing Roblox on her iPad in her house. Happy music.

(Jack runs off, Lady Giant stands in shock and gasps)

What I Did This Summer by the RIO Writing Club

I went skydiving with sharks using balloon animal parachutes. I decided to puncture the parachute. I fell, waiting to smash into the ground, but then, a mysterious man crashed into me. His wings were so pointy, it felt like I was getting poked with a rock! The rock moved. ​ 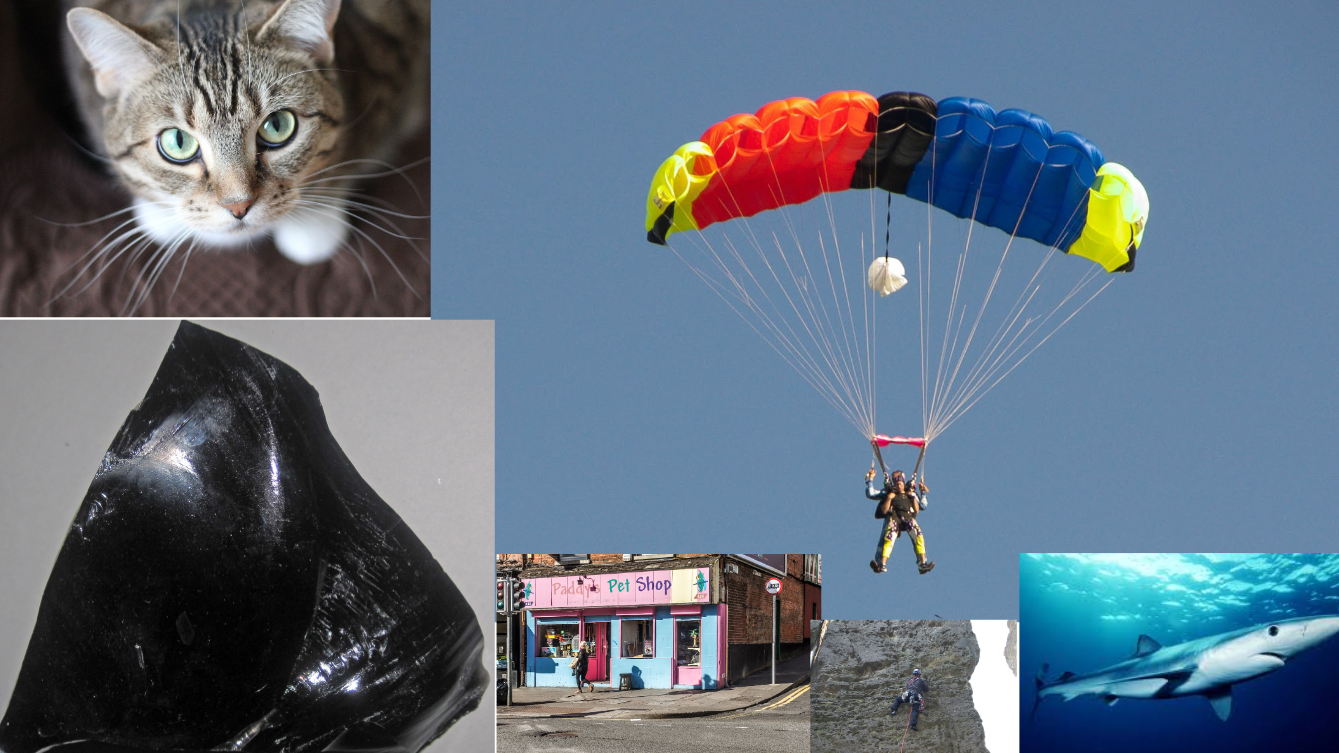 ​I went to Compton to meet Dr. Dre. He was pretty cool and had a weird obsession with aliens. I also noticed that he was wearing a shirt with a very strange alien on it. He says that he was going to make an album and that his album cover was the alien. 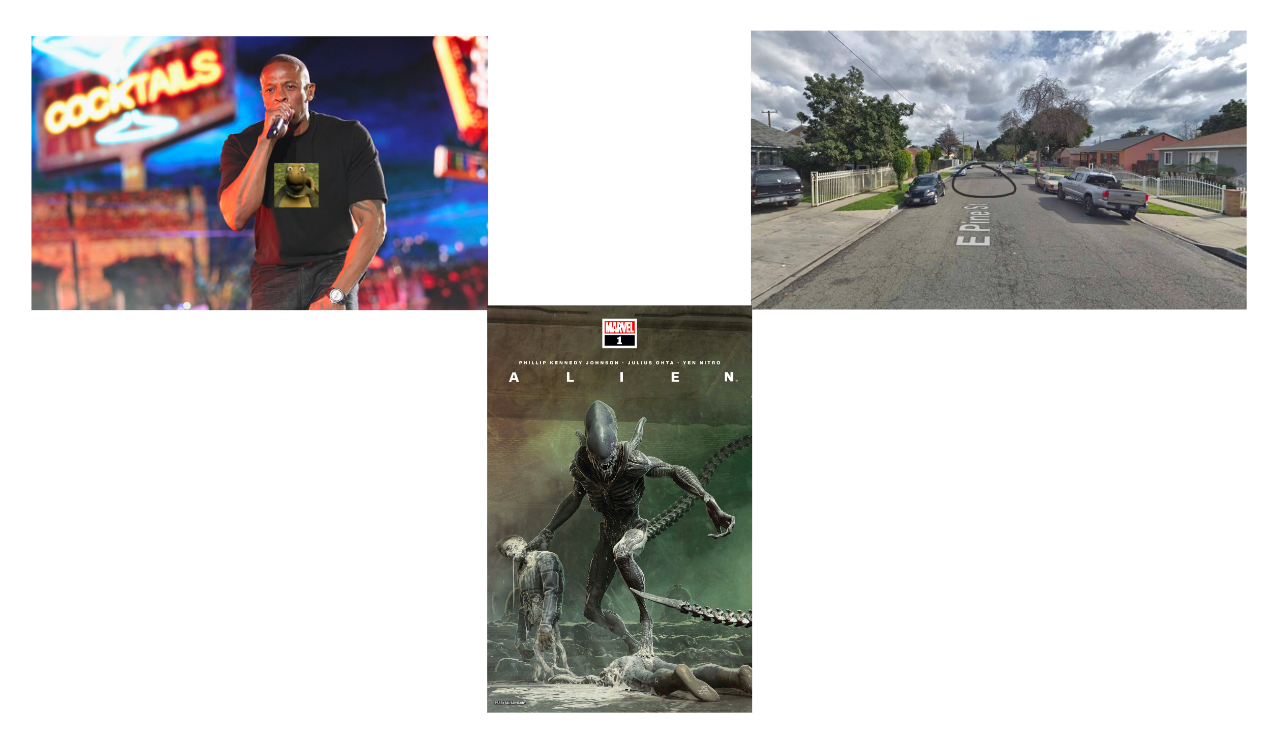 ​I went on a plane, flying to Olympus. Once I landed, there were monsters and they tried to eat me. I can’t believe how sharp their teeth were! I decided to confront them about their teeth and asked if they’d ever been to the dentist before. ​ 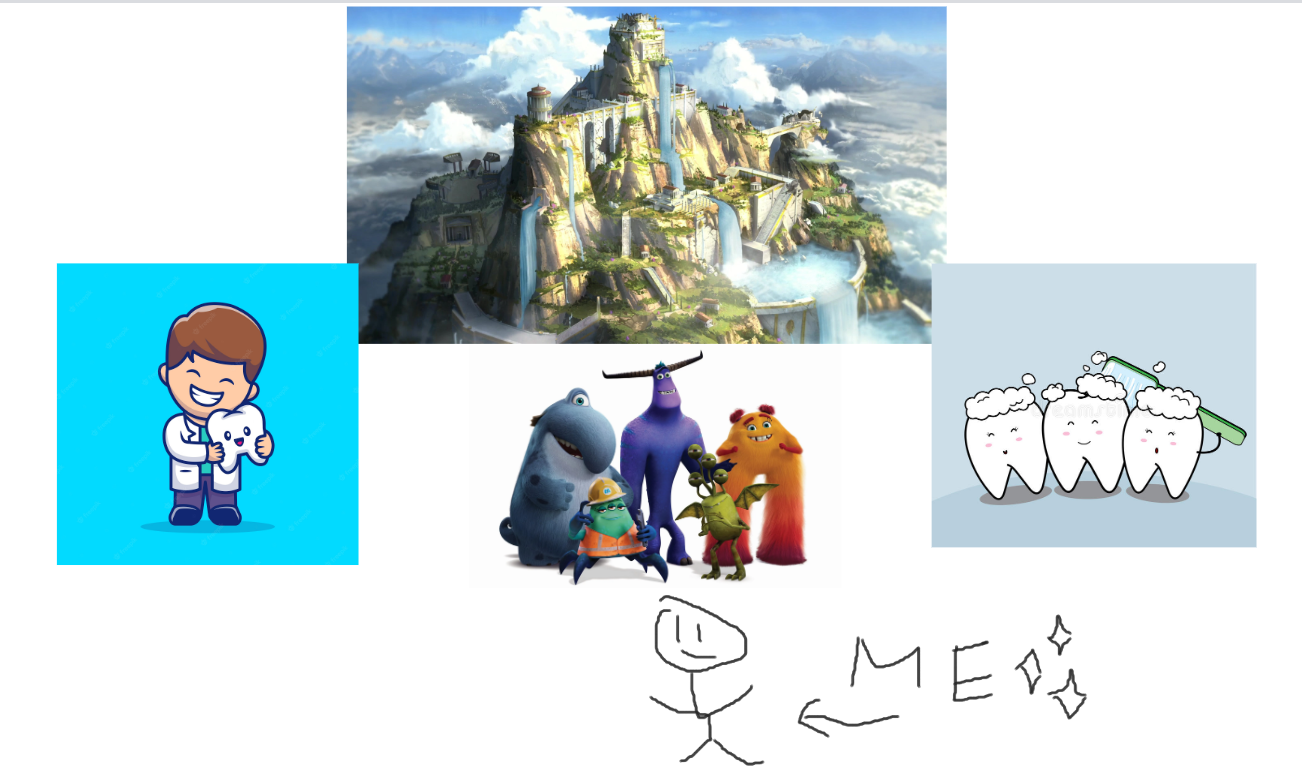 The Judge, Humpty Dumpty, Mumpty Dumpty, Lumpty Dumpty, King, and one of the King’s men are sitting in a cold court. Judge stands in the middle, the Dumpty's on one side and the King and Lawrence on the other.

Humpty Dumpty: A rather foolish boy.
Judge: A soft man who pretends to be tough.
King: A grand man who thinks of himself as the ruler of the world. If possible, a nice American accent would be cool.
Mumpty Dumpty: Humpty Dumpty’s mother, very gentle, but upset in the play. VERY upset.
Lumpty Dumpty: A man who is very concerned about the well being of his family. Humpty’s father. If Lumpty had a job, he would probably be a Lawyer, if that makes any sense. He’s the thinker, while his wife, Mumpty, is the talker.
Lawrence: The King’s man. Very loyal to his king. If possible, make funny faces at the Dumptys every now and then.

MUMPTY DUMPTY:  (in a rather angry voice) Indeed we are!

LUMPTY DUMPTY:    Unfairness at its best!

MUMPTY DUMPTY:    My son is not an idiot! He would not just fall off! I have no doubt
one of your stupid private jets or-

MUMPTY DUMPTY:   Well, does my son look like an idiot to you?

LUMPTY DUMPTY:     Oh shut your mouth for once!

Everyone falls silent, stunned by the Judge’s sudden burst.

When there is no reply, the Judge stands up.

And with that, everyone at court starts saying the Humpty Dumpty rhyme.

Thank you for reading our E-zine! We hope you enjoyed! Would you like to see your work in our next edition? Submit HERE