REALITY IS OPTIONAL'S DECEMBER E-ZINE
BELIEVE US - THESE STORIES ARE TRUE!

​The body hung from the ceiling. Despondent, devious, dead. Lipstick smeared. This was on purpose, but yet, the woman in the chair felt a bit guilty. She stood up, stretching. Walking past the now near identical body, the woman sighed as she left the room, “The copies are never as good.”
The body, now alone, opened its eyes. She wasn’t choking anymore, but she was cold. Very, very cold. She removed the rope from her neck and landed on her stiletto-clad feet.
She didn’t know who killed her, but she would find out. “Welcome to Hell,” she grimaced. “I’m your monster now.”

The woman stood on stage, bright lights shining. Two copies strutted on, outfits similar, yet not as identical as the women themselves. It was choreographed. A fourth girl was not.
Screaming.
Too many copies.
The crowd knew, the performers knew. The woman knew. The body knew far too well.
The body stared into the woman’s identical eyes. Both didn’t know what to feel. The body was sure she was supposed to be angry.
And so she was.
Blood.
The body held one of the copy’s necks. The woman stared pleadingly. The body was not sure what she wanted. The body was not sure what the woman wanted. The crowd was rioting.
The body dropped the copy. She outstretched her hand. The woman took it. Their finger prints were the same. Their regret was too. The crowd screamed in rage. They shook hands.
There were gunshots.
Two bodies lay on the floor.
A copy sat on the couch. The stage was covered in blood. The copy knew it had to happen, yet, she felt a bit guilty. 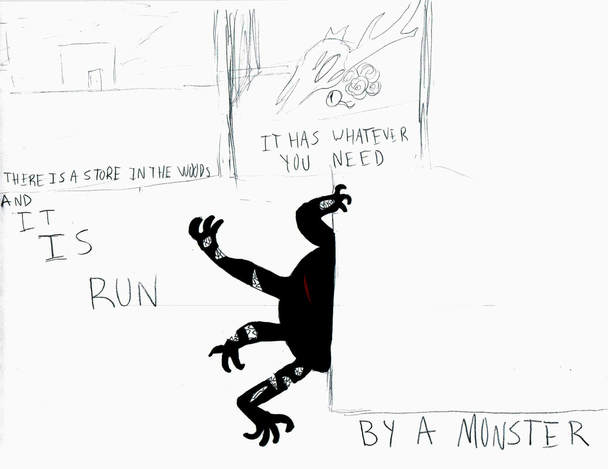 By Emily, Sebastian, and Connor

My school is crazy
“A container of life means a container of air!” yelled the teacher. “It’s everything!” Mr. Pencil exclaimed.
The bell for lunch sounded. I ran straight to the lunch table.
My friend Turd Man said, “I will go and find out why the teacher is glowing!”
The teacher is crazy
My name is Spike and my teacher glows. I’m in grade three and I hate it. Every day someone goes missing in math class. It’s creepy. I’m going to found out what’s happening. At least Turd Man is with m— “Turd Man! Why did you poo on my shoe?”
“That’s when it all camp rushing back,” Turd man exclaimed.
“What do you mean? I groaned.
“The poo rushed back,” he said with a grin.
“Bro,” I was about to say he was disgusting but we heard a scream.
“AAAAAAA!”
It was Abigail!
“Kapow! I punched the lunch lady in the face. I got detention! Me and Turd Man of course. My hands were grabbed when I heard something crash into my school. Through the broken wall my principal stood in a big silver thing next to an alien.
“I don’t like this school!”
“My mustard!”
“Nooo mine!”
“Give it back!”
The principal was arguing over mustard with the alien. It was weird. Turd Man and I hopped onto the UFO and got in. We flew so high we were in space. The lunch lady had somehow followed me. She opened the door and kicked me and Turd Man into vast, vast space with a scream of “Detention!”
Turd Man pooed and it started to stink. We found a spray cheese bottle floating with us.
“Hey!” I said happily. “We can use this.” I squeeze the cheese out behind us and we zoomed back to Earth. I ran into my house safe and sound, or so I thought.
Just as I opened the door a steam punk robot came out holding my mother.
Oh No!
THE END . . .
(to be continued) 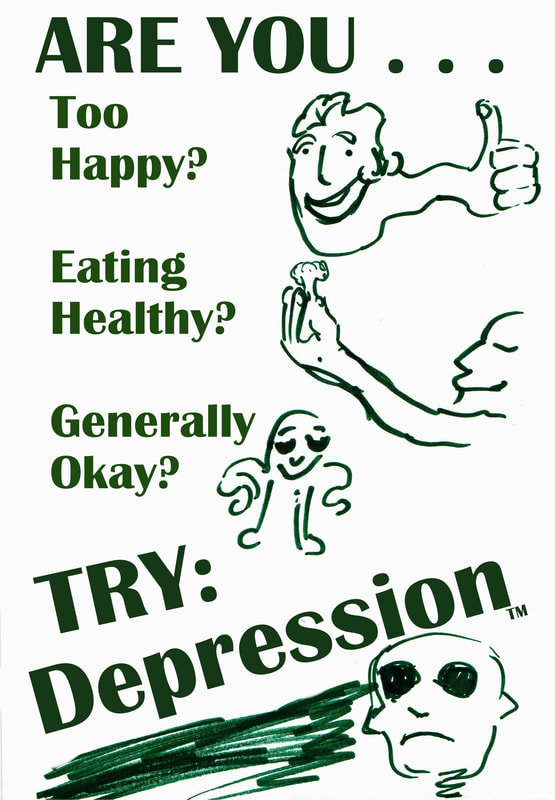 Hemus the clown climbed up the ladder onto the plane. His organization had chartered a jet for him and his colleagues to fly to Las Vegas for the international Clown Conference. He sure hated flying, especially with other clowns. Being suspended in a metal tube 30,000 feet above the ocean brought out the gallows humour in them. As he walked into the cabin, he could see the other clowns fidgeting around with valuable mechanical plane parts. They were probably fake. Probably.
Being a clown was not a gratifying job thought Hemus as the plane lifted into the sky. The slapstick ruffian next to him kept noisily decanting his water-squirting flower into a small plastic cup and refilling it.
“I oughta quit,”Hemus thought. “Still, Dad was a clown, and Mom was a clown, and their parents and grandparents were clowns. But Dad’s dead and Mom’s in the home now. I’ll put in a few more years and fill out the pension and then I’ll go back and finish college.
“ I looove that facey you have on, “groaned Hemus’ neighbor. “But it could use a little . . . PIE!” he shouted, grabbing a small pie off the steward’s cart and pushing it towards Hemus’ face.
Hemus, angered, grabbed the pie from his antagonist’s hands and smashed it into the hooligan’s face. His neighbor shouted, and one of the security guards walked over.
“Everything okay, gents?”
PATANG! The satisfying noise the pie tray had made as it smashed into his face! How was Hemus to know it would break the moron’s nose? Now he was at the back, cuffed. He would be disbarred when they landed. He hurt another clown with one of his “jokes.” Just earlier he had thought of quitting, but suddenly now that everything he had achieved was jeopardized, he got very emotional.
“We’re landing soon. Better buckle up, Hemus,” the guard told Hemus.
“No!” he shouted.
“Are you feeling okay buddy? Come on, get up.” The guard took off Hemus’ handcuffs.
“Yes!”
As the guard reached for his seatbelt Hemus writhed and struggled. He had decided in his few hours of solitude that he was not going to surrender his life’s achievements. Hemus stood up and quickly walked down the aisle. He looked at all the clowns in their seats. As the guard tried to catch up to him, Hemus opened the door to the cockpit. Even the pilots were clowns. Hemus’ most despised people.
The co-pilot got up and started to stutter, trying to push Hemus back out the door. Hemus grabbed the co-pilot’s head and slammed it into the wall. Hemus threw the pilot out of his chair and pulled on the controls, pointing the plane’s nose towards the ground.
​
Albert had seen the plane land in the field. He ran towards the wreckage still smoldering and burning. The small private plane was totally destroyed. Something moved in the rubble. He pulled off a piece of metal and a man in a suit and clown makeup slowly climbed out.
“What happened?” asked Albert.
The clown said, “Something must have pushed him over the edge.” 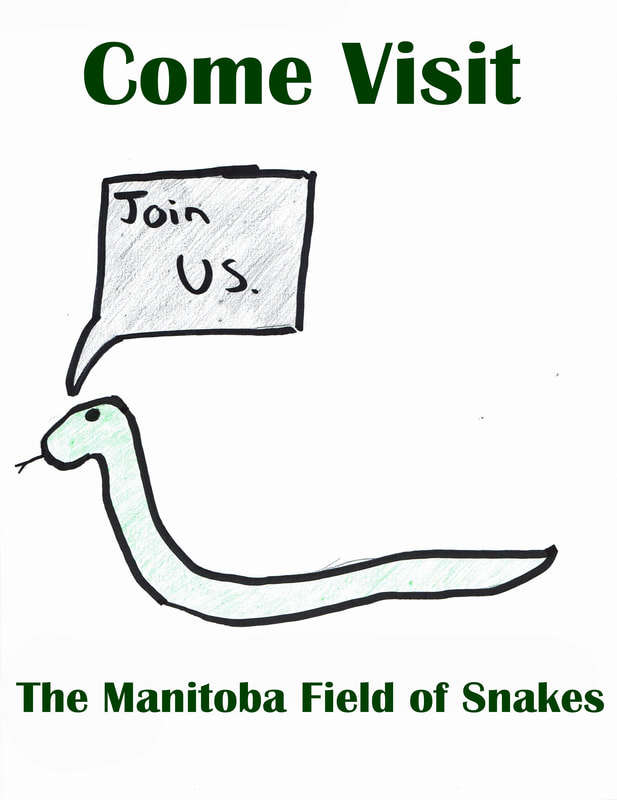 The Cape Who Loved Me by Lina Kat

All my life I have been loved. I was loved by my mommy, my daddy, my six brothers, but one day I was walking home from school and a computer fell from the building above and almost crushed me@
“Good afternoon, Sir. May I take your coat and backpack?”
These were the words I heard just before the computer almost crushed me! I looked up just in time to see the computer and jump out of the way.
And then . . .
POW!
The computer crashed into the ground – bits flying everywhere.
“Where did that come from?” I screamed.
“I don’t know,” said a voice from above.
“Did you drop that computer? It nearly killed me!”
“Yes. Sorry. I’m lazy,” explained the voice.
“Oh . . .” After that day everything changed. It felt as if no one loved me anymore. I was so alone.
​
Now I walk along wondering if I will ever find love. I bump into an open door of a cape shop. “Whaaaa?” I walk into the store, and there I see it. My one true love. The CAPE!
The End. 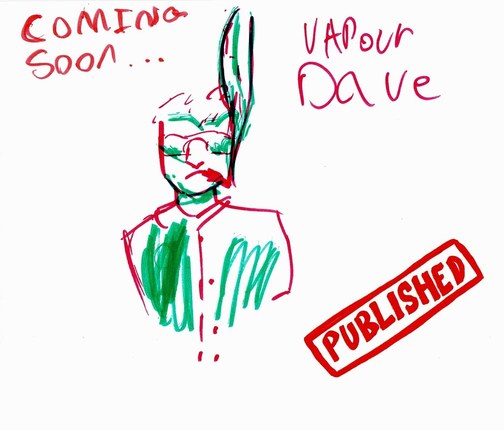 Dr. Doctor and the Steam Punk Mummies of Disneyland by Eli Smart

It’s December 20th, 2017. I have OCD to the next level. I make sure all the aliens and mysteries are nice and clean.
“Dr. Doctor, come quick,” Nurse Nurse called. “There is a crashed thing outside Disneyland!”
I ran out to Disneyland to solve this mystery.
As I look at the wreck I remember my past. The day I saw the hat and where I thought, “Are there ghosts and aliens?” Well that’s why I’m here. Suddenly the wreck pile started to glow and then THEY emerged.
The mummies were scared because nobody was there — except me . . . They bolted at me but I jusmped to the side. They came towards me but I got up and punched the head one. More and more came out, some grabbing Mickey Mouse hats, some not. I ran and ran and ran and ran and ran.
I found out . . . they were not normal mummies.
Oof! I tripped so I scrambled to the side. I saw them steaming with coal smoke coming through their wrappings. The “steam punk mummies” were taking an interest in Mickey Mouse hats. “It’s all over” I think to myself like there is no hope. How will I survive?
“I hate school!” the mummy yells, its hat on at a bad angle.
“Mummy, why are you here?” I ask.
“I want to go to the Pow Wow.”
“you must come with me,” I order. So me and the mummy go to a Pow Wow that I know is happening nearby. I hope it works.
I follow the mummy and I see the other mummies, all of them! They tackle me and I call out and fall dead (metaphorically). I know my end is near but then I see what I need. Hulk gloves! I run for them and grab them and I’m ready! I punch the mummy out of the way heroically punching them to the ground. I run into more people. Ten minutes later the mummies are all gone and the people, who turned out to be ghost chasers, cheer. I join their cause. Now my story continues . . .
The End

Karen the Cat by Jaime, Em, and Kim 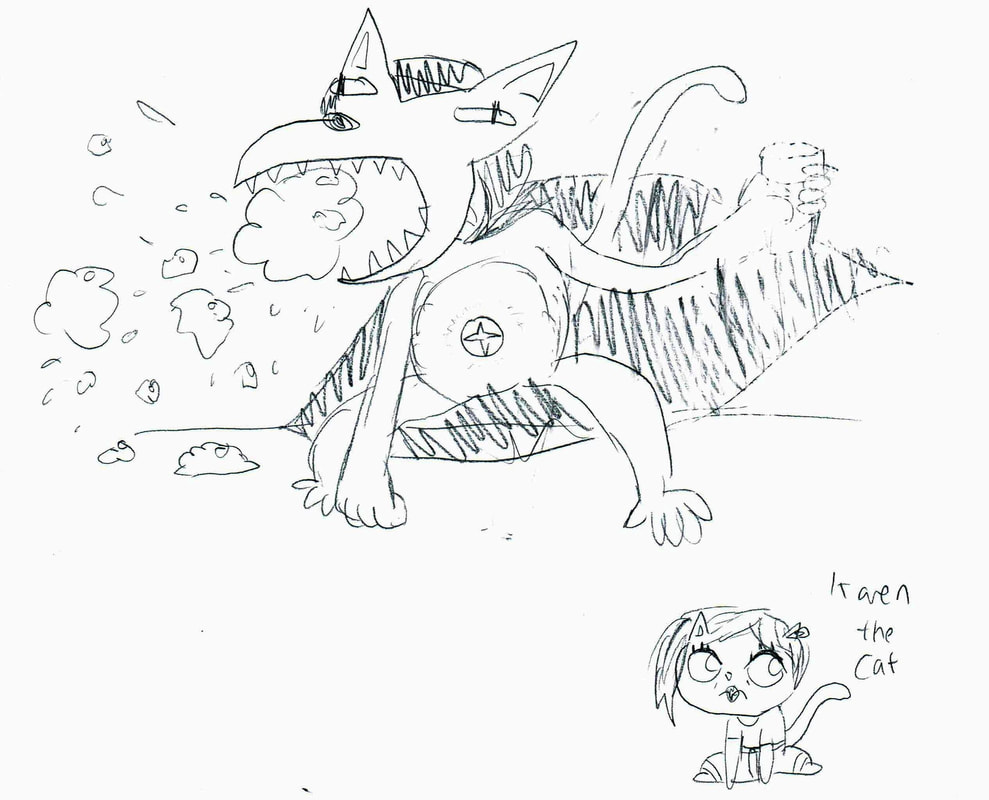 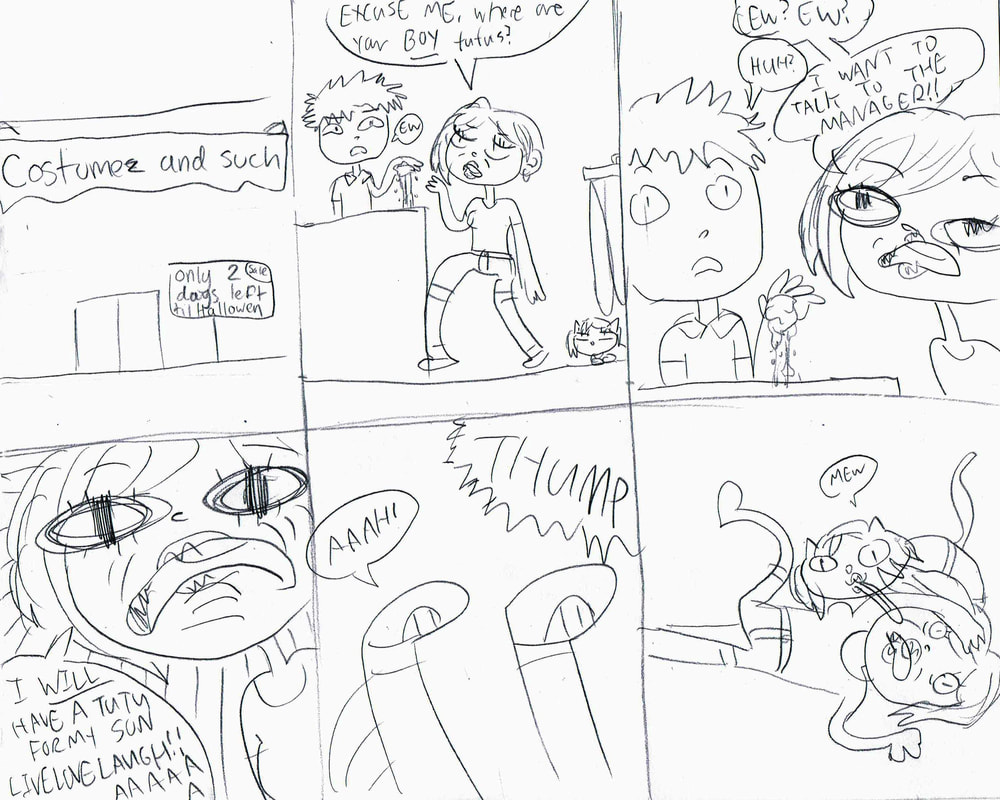 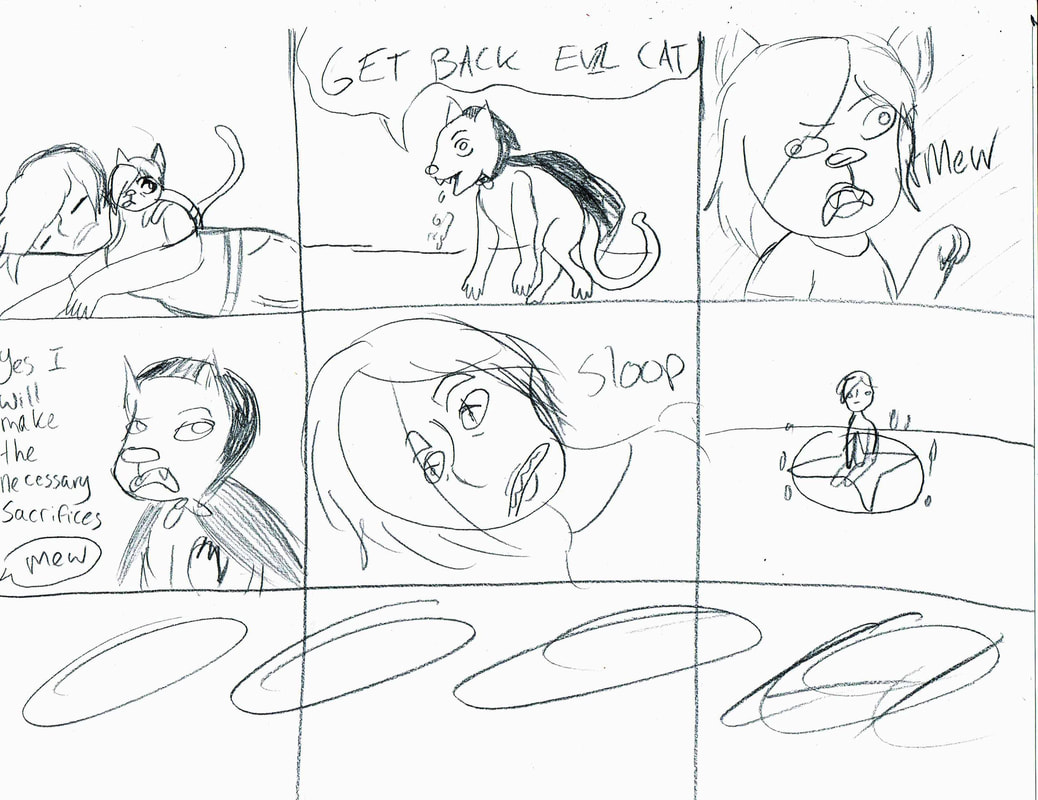 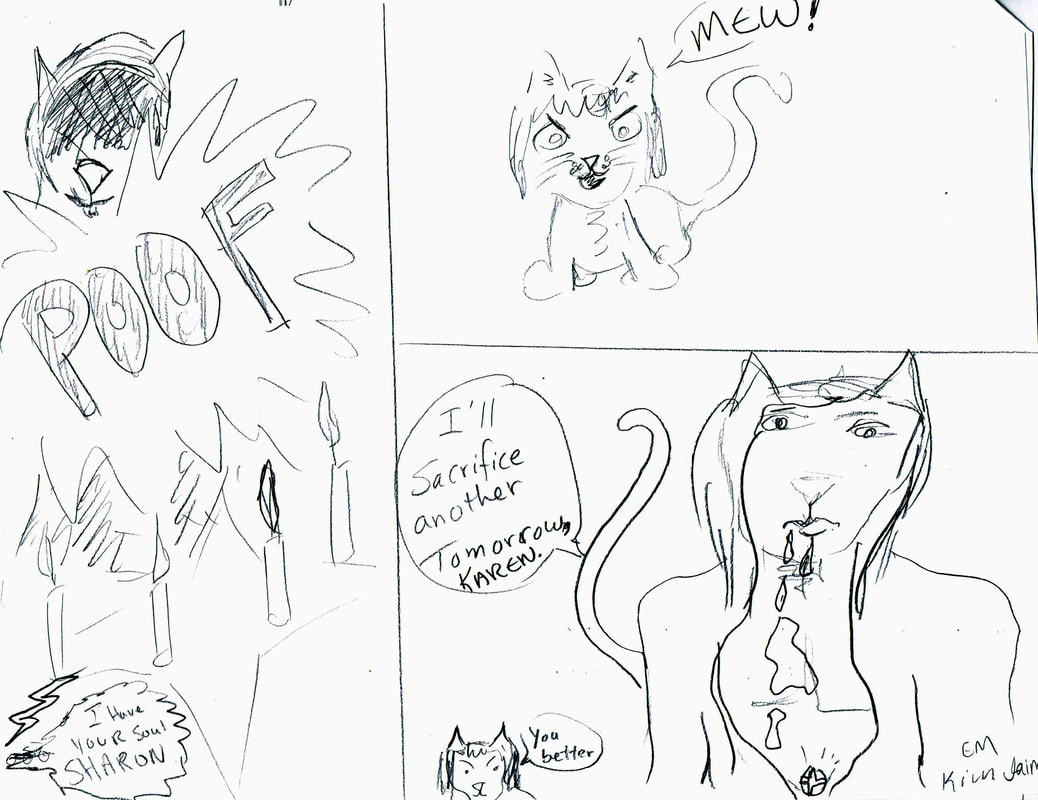 OUR SONG
Fortunately the orchestra was playing our song
Unfortunately it was a terrible remix
Fortunately I loved her so much we had a good time anyway.
Unfortunately she killed my brother after the concert ended
Fortunately, he was my math teacher
Unfortunately I still love her so now we are on the run together.
Fortunately we are already supervillains, so it wasn’t much of a lifestyle change. 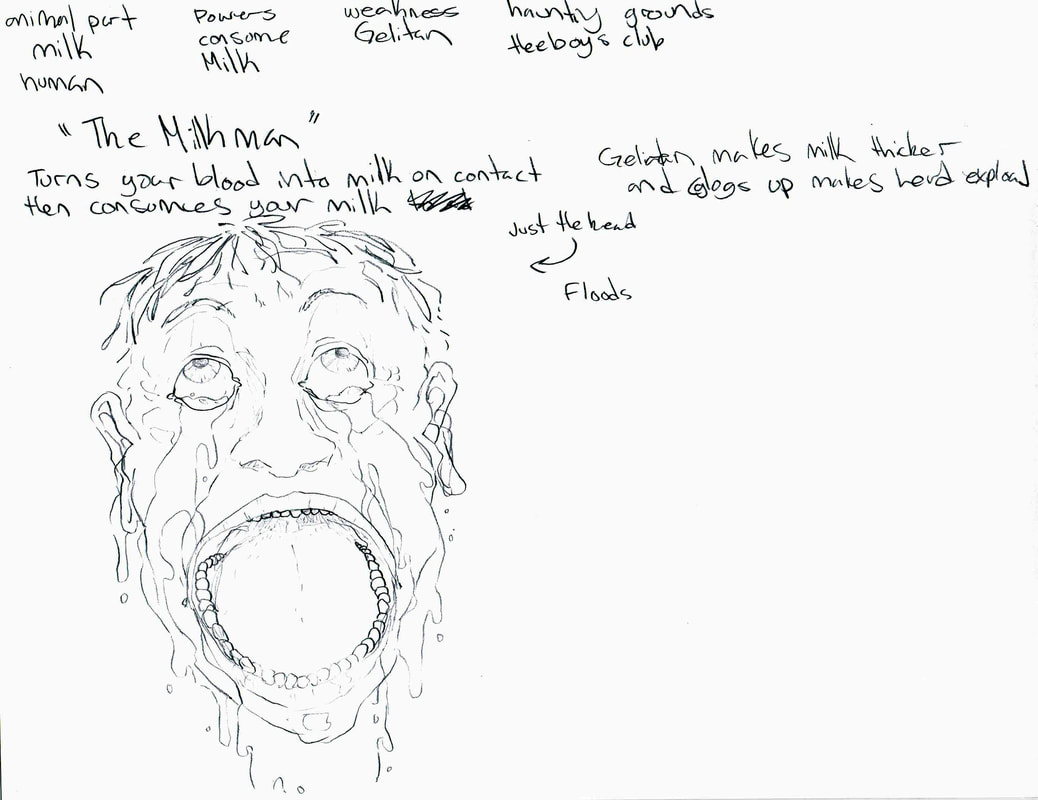 By Tomas, Olivia, and Die

Did you like this issue? Why not consider donating to our group? Just push the button. (go on push it . . . I dare you)