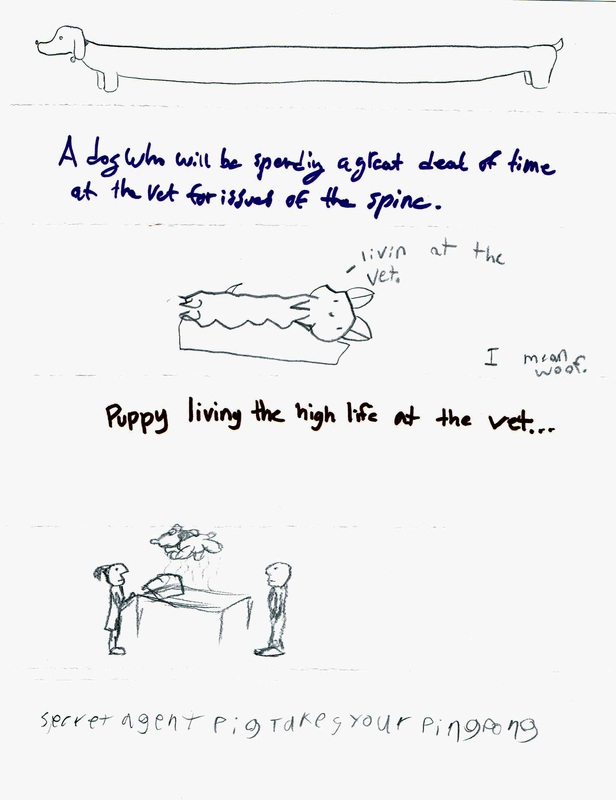 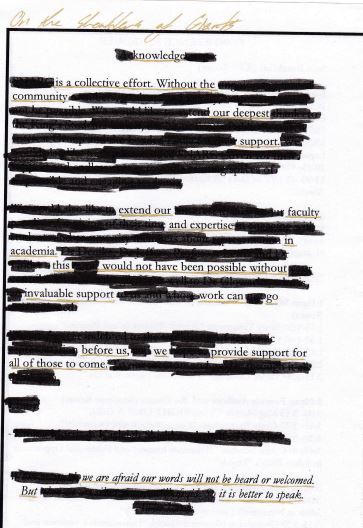 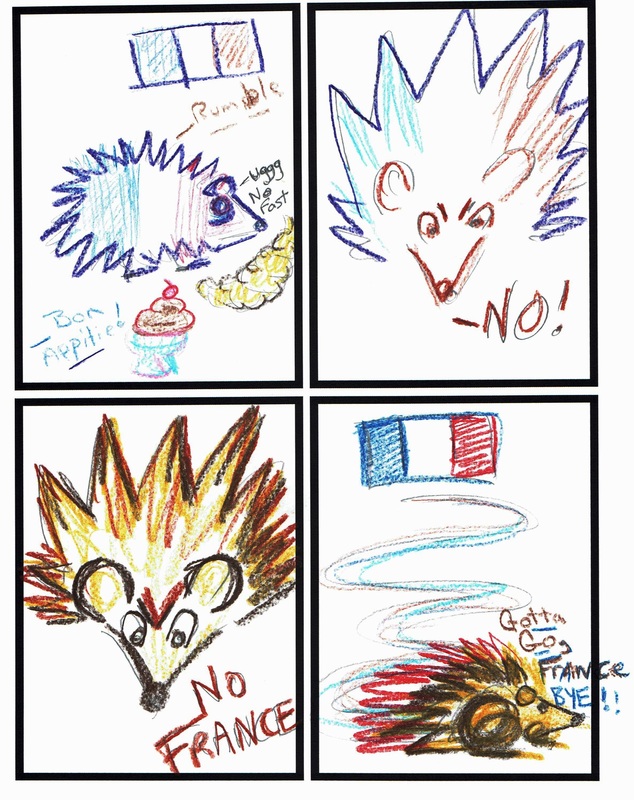 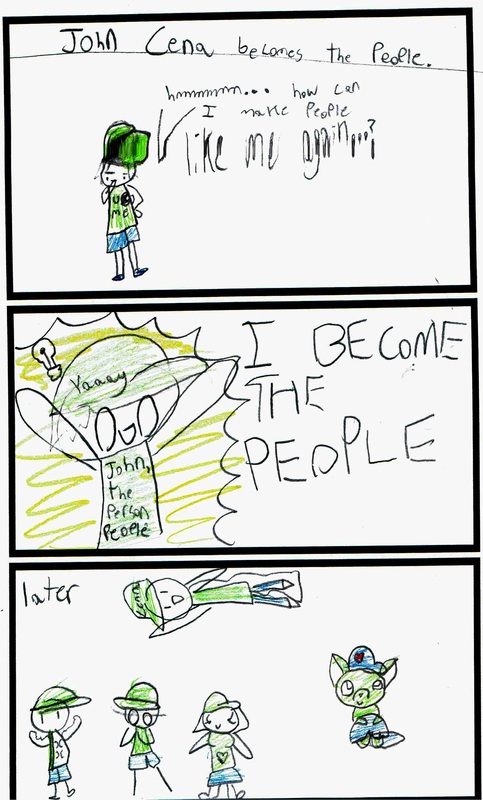 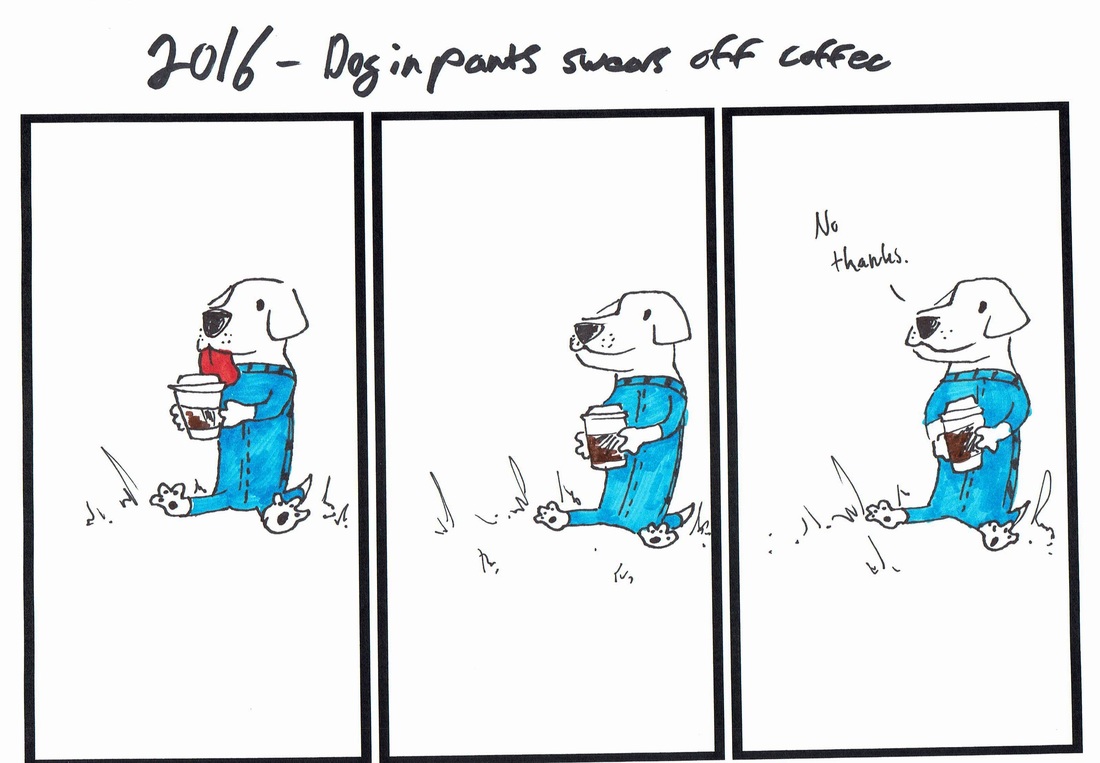 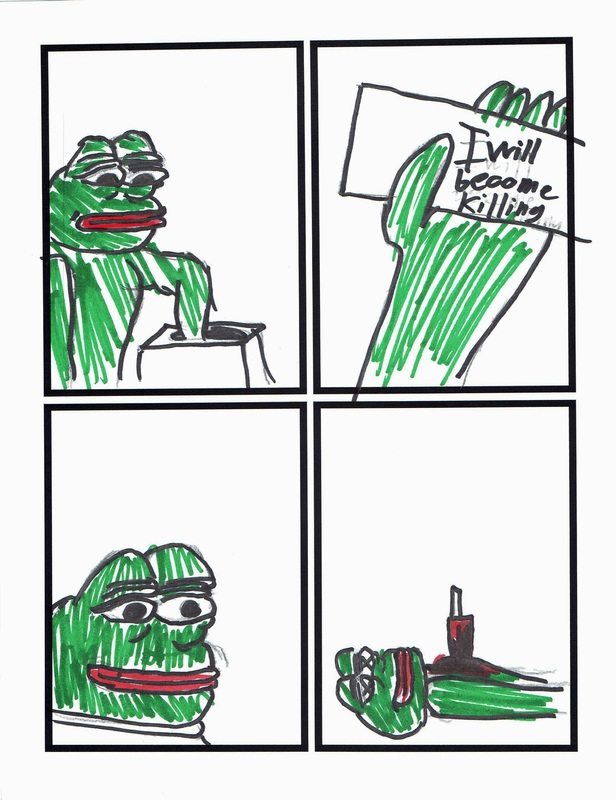 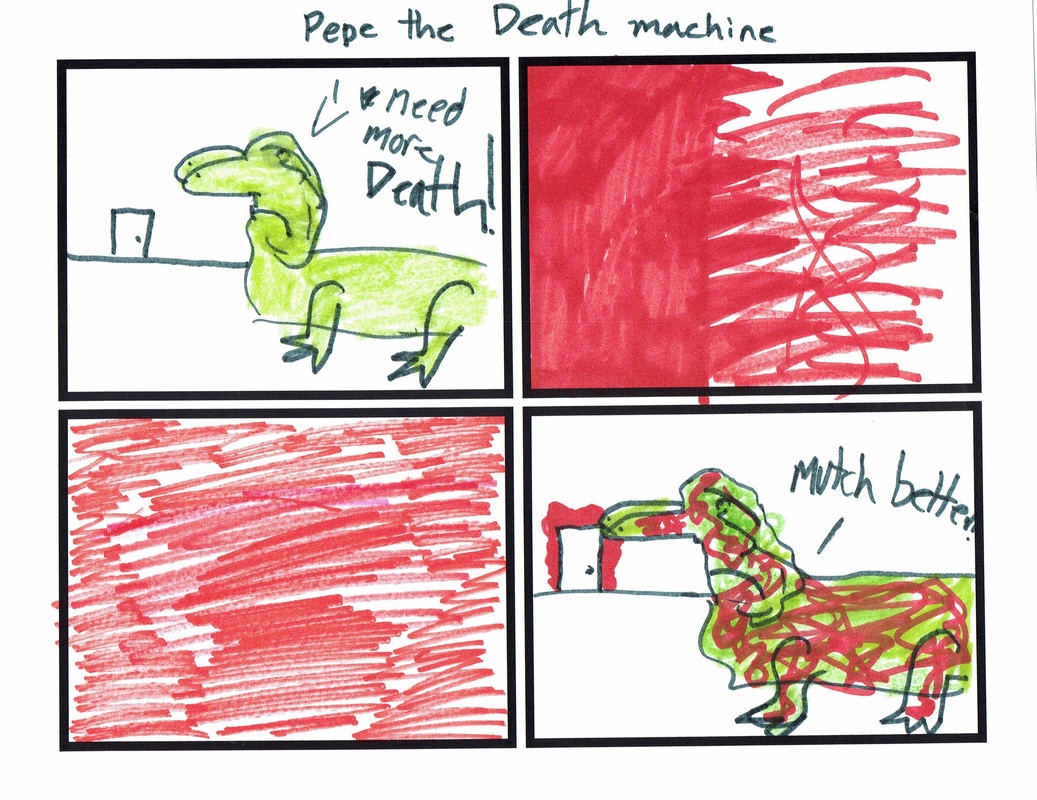 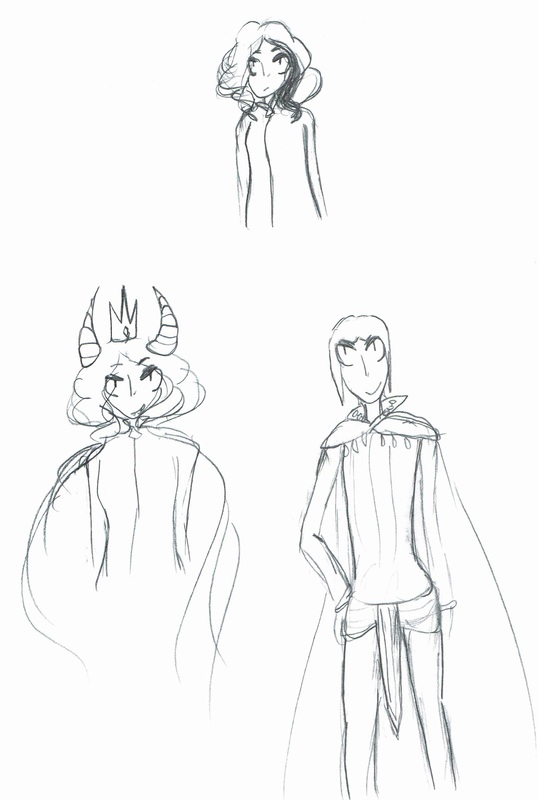 Reality Is Optional Creative Kids' Programming is super excited to be working with the Calgary Public Library to bring RIO kids' writing club further afield. We now have two pod groups with a total of approximately twenty-two young writers. We've had so much fun this month! Stay tuned for more creations by these new branches of RIO! 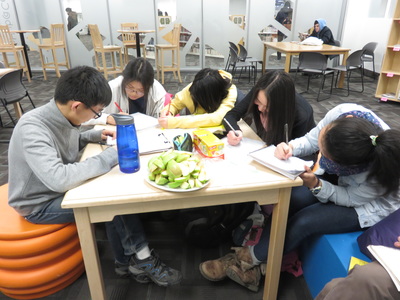 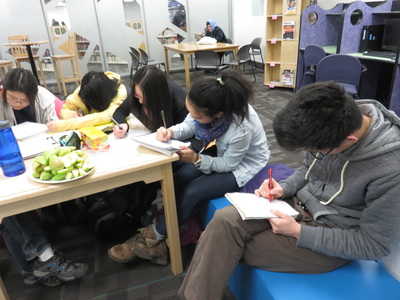 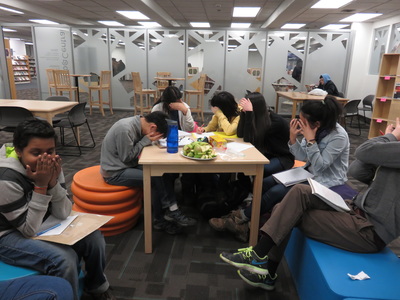 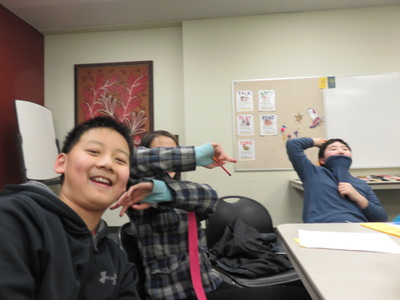 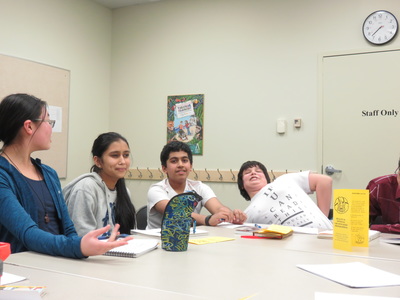 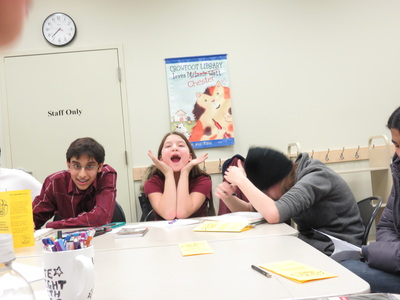 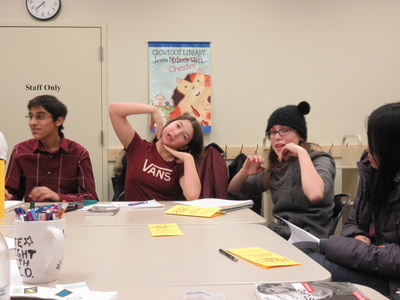 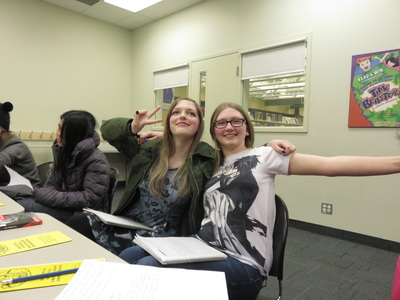 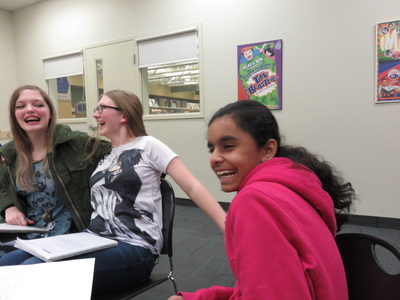 Kris Demeanor was kind enough to come in and teach us how to write a story song. Ours ended up being a apocalyptic fantasy. Enjoy!

It's a high life fantasy
Bleeding out the seams
It's a high life fantasy
Bleeding out the seams
​
I've been stuck here in a room for a week
I walk out and things have changed since I was last outside
It's foggy and dusty
It's hard to see
No one for miles and miles
Feelings of death like in the air, like someone is watching
I shiver
The dust trains my breath and I am afraid of what's to come
I see a zombie and I scream
That's not all - there's more
Shadows lurking, robots clanking, cows standing upright mooing in  faces
finally dire deer, what else is out there?
Everything is coloured sepia and buildings are defaced,
crumbing around me
I hear a new scream that's not my own
and shadow drags them into the sepia madness

I feel like crap
ashen face, blackened feet
I'm breathing hard
Gunpowder's stench
It's getting dark
Even as I run
I can't escape
His eyes gleam
Stars here on earth
He is out to kill
No where is safe
I'm going to die. 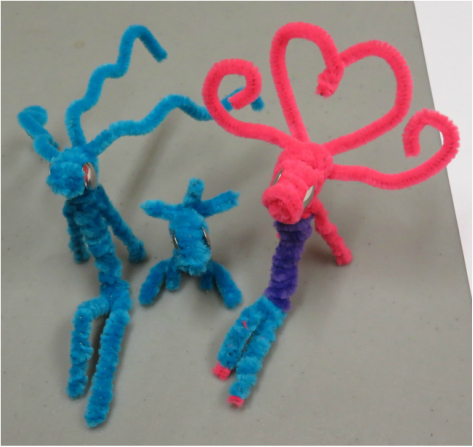 ​February 22, 1872
First Entry
I’ve had the brilliant idea of keeping track of my travels through writing. I believe that others will be able to glean plenty from my scribblings, and so I shall address those who will undoubtedly be reading this text. I suppose I’ll start with an introduction.

Hello there, esteemed reader! I am Bernard Abernathy; millionaire, inventor, gentleman, and scholar! In case, by some impossible happenstance, you can’t recognise me on sight, I shall describe myself to you. I am thirty three years of age, have a handsome, curly walrus mustache, black eyes and brown hair, a fine suit, a pneumatic leg of my own design, and, if I’m being completely honest, a portly build. I have decided to see a little more of this wonderful world and have decided to do some traveling. I have the funds to fuel such a venture and the supplies to accomplish it, and although many have tried to avoid such eccentric ideas since the Final War, I wholeheartedly embrace them! I was advised, however, that one of my stature should never be seen among the masses, and so I have derived a cunning plan. I shall take on a false persona. I shall dye my hair orange and call myself Winston Williams. Together, with my bodyguard and assistant, Connor Cunningham, I shall blend right in! None shall expect me! I can go wherever I wish without detection! Truly, my genius knows no bounds! Anyhow, I leave for an airship in half an hour, and I mustn't be late! I shall write more later. Cheerio! 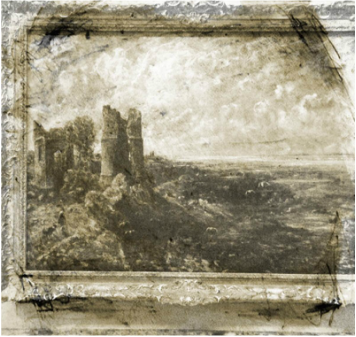 ​January 26, 1872
Second Entry
I write this journal surrounded by portraits of men and women long dead. Good gracious, that sounds bleak, I didn’t intend it to appear like that at all. Let me start again.

The airship was slower getting out than we anticipated due to a faulty propeller, but I found the trip to be alright. I sat at a small booth facing Connor with a little window to my left. I got a good view of the Wasteland before we went above the clouds, and was reminded of the terrors of the Final War. I shiver at those same thoughts now, I shan't go into them. Anyways, Connor was quite quiet as we traveled, the towering lad only recently came into my employment, and I do hope to get to know him more over the course of our journeys.
We arrived in London, where we are spending a handful of months before continuing on to africa. It has been a while since since I last laid eyes on the city of my childhood, and I am surprised to see how much has changed. Steam and coal powered contraptions clatter along the narrow streets, The Great Wall keeps out pirates, monsters, and Hollow Men with brutal efficiency. I could hear them testing their cannons this morning.  What a racket! Connor wanted to have a peep at the wall, but it was raining today, so we found ourselves to the National Gallery of British Art, where I myself was enthralled by the stunning portraits of noblemen and noblewomen from throughout history. That being the cause of such a horrifying message previously. I intended to pick up inspiration on my travels, and it seems that artists of old are happy to help! Perhaps I can find a way to incorporate this beauty into my tinkerings? I’d ask Connor, but he’s snoring in the next room over and I doubt he’d be obliged to answer if I woke him up. He got plenty of shuteye at the gallery, so I’m not sure how he can be sleeping still. I hadn’t realized that I hired such a sloth as my assistant!
I went for a stroll later that evening and ran into a young woman fixing the newfangled electric lighting that will be covering London soon enough. I inquired to what she was doing and told me such, but also mentioned that she was an engineer in training. I watched her work for a while before bidding farewell and heading back towards my flat, which is smaller than anything back home, but just as pricey anyways. I really should be sleeping just about now, so I’ll continue this some other time. Goodnight! 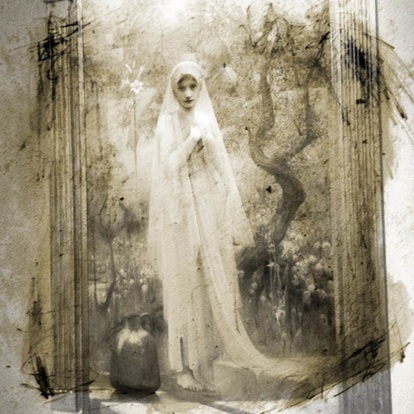 January 30, 1872
Third Entry
I have returned from the World Fair, where I have discovered many a mechanical wonder! Truly, we live in an age of incredible innovation!
​

We had historian Brett Morrison in to tell us some weird stories from history. He told us all about Tamerlane's connection to Hitler, one of the back stories to Edgar Allen Poe's story involving a card game and murder, Albrecht von Wallenstein and his hate for cats, dogs, people, loud noises - basically everything, and a story about one of the incidents in the long war between the Catholics and the Protestants. Then we wrote our own take on these true stories.

Off To Starbucks by Sophie Smart
As the Catholic walked up to the third floor, the protestants walked behind him, and when they stopped to take a selfie the Catholic ran up and shoved them out the window. As they hung there, one of Protestants grabbed his tacky high heel, and shoved them in his face causing him to gag so much he let go and fall. When they got to the ground they saw that they had lived, but had landed in poop.
The first one says, "Hey, let's go get Starbucks."
Then the other replies, "Ok." 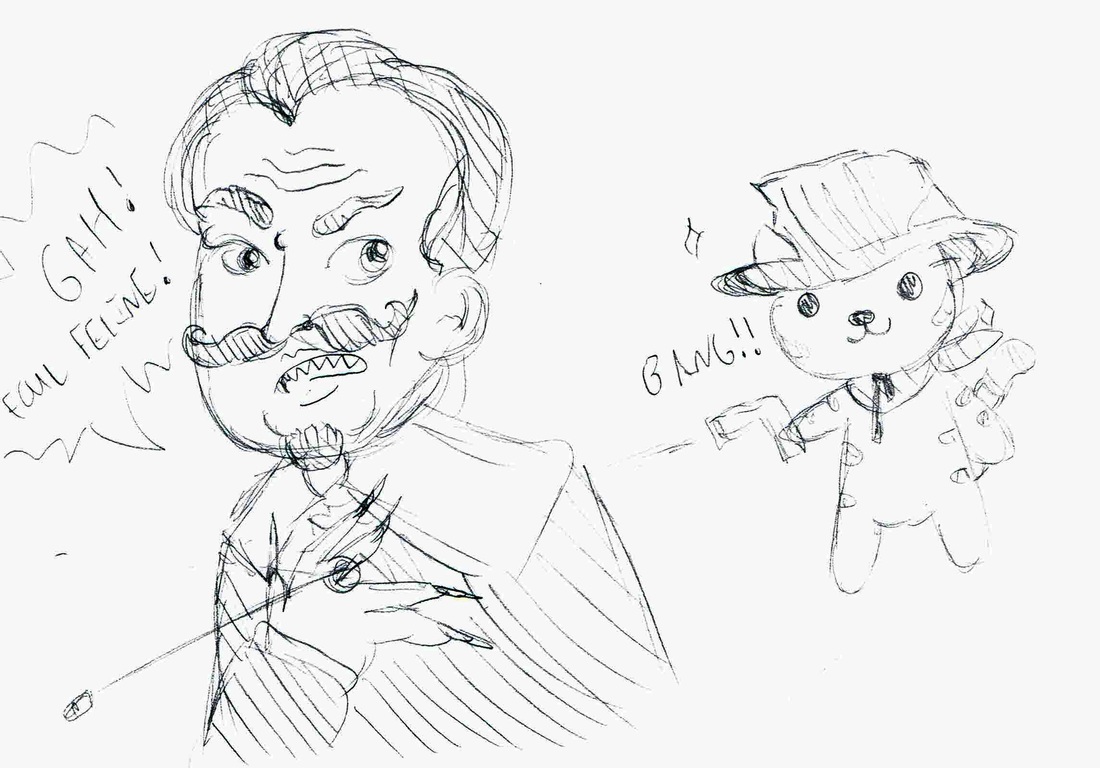 Weird History
Al W. stood in his throne room, arms crossed behind his back, his steely stare piercing the huge stained glass window before him. The mural glittered in the morning light. The screaming faces of eternal pain bringing a smile to his face. “Servant, my morning puppy,” Al commanded. His moustache quivering with his scratchy tones. A moment later, an animal was placed before him. Giant shining pupils gleamed, little tail wagged, cute ears flapped, wildly as the tiny animal soared through the suddenly shattered window letting out a pathetic noise as it sounded into the pit of eternal suffering.
“Ahh!” Al cried in pain holding his precious ears. A flash and another painful cry and todays servant was dealt with, as well as anger let out, two b’s one s.  “Aaah,” Al sighed, his throne room silent again. Suddenly a green flash, a buzz, and a large green swirling door stood before Al. A man stepped through, a short man with strange moustache across his face. The man wore a strange green uniform with a red symbol on the shoulder. He hoisted a glittering laser rifle. “Come with me.” 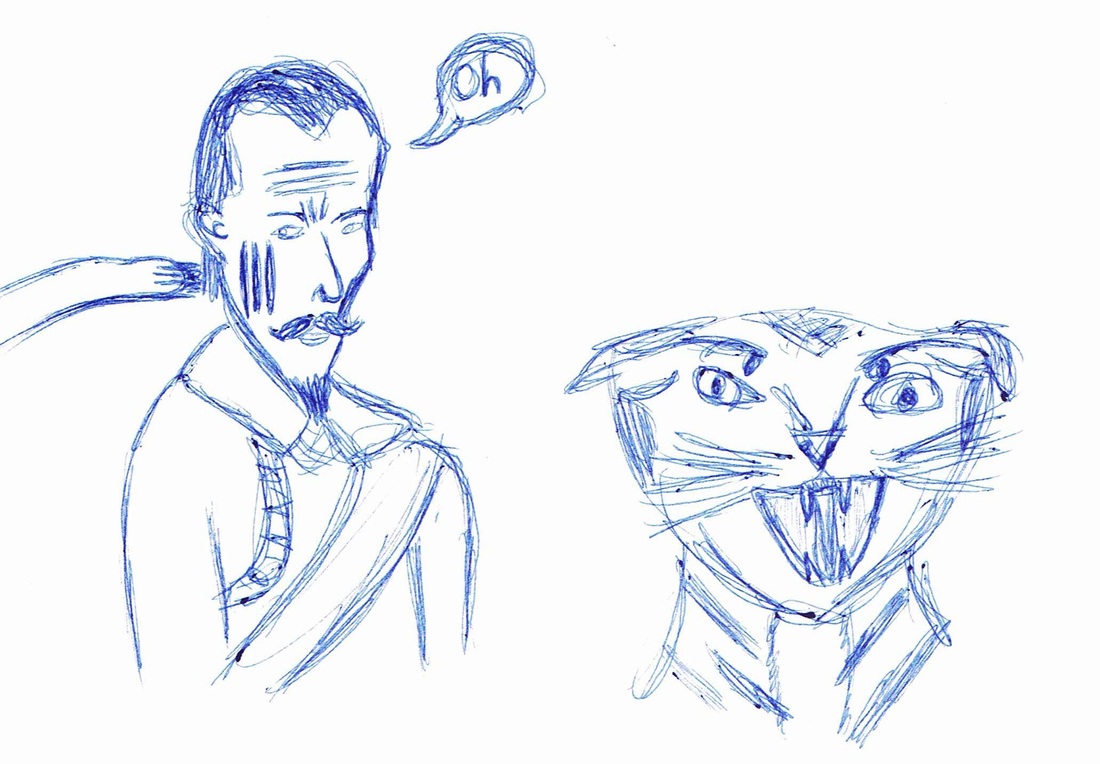 Catholics VS Protestants
“I order thee to check what in tarnation is going on with those darn Protestants!” ordered Ferdinand.
“Sounds good to me, “mumbled the Catholic representative.
After a long montage, the Catholic representative arrived at the third floor of the Protestant Castle, when out of the blue – “Wheee!” Squish! He was thrown from the window landing in a pile of manure.
“Oh joy. I am alive and squishy,” murmured the representative, recounting the event to a commoner. They boldly pronounced the brown squishy thing a beautiful angel emitted miracle. “So even angels take sh***s,” he said. 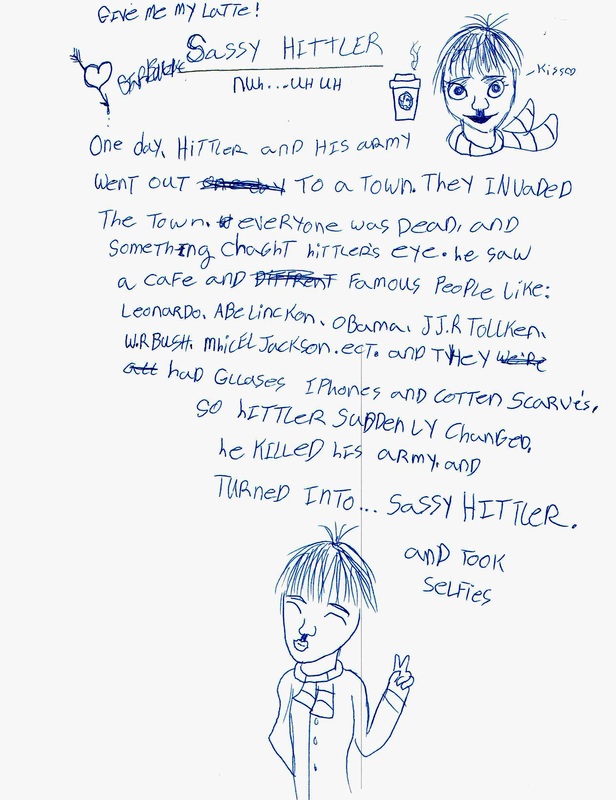 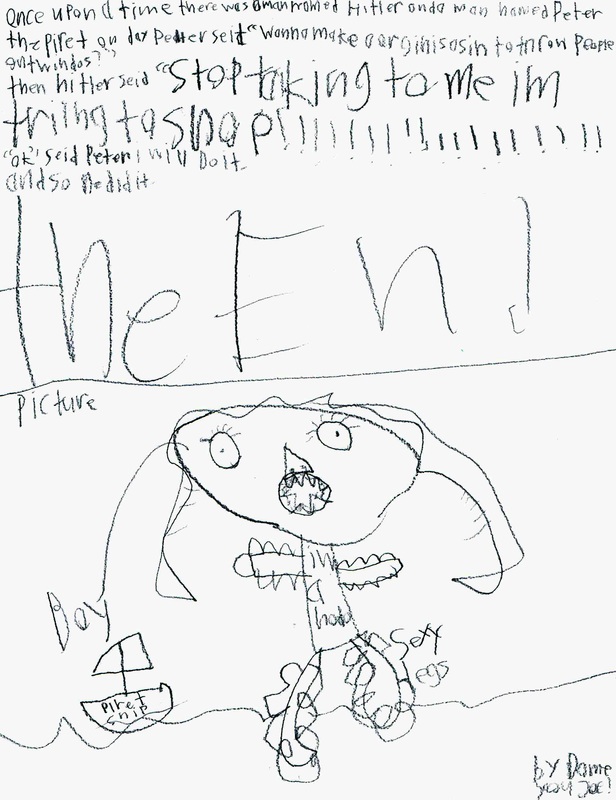 Follow the Directions
Tamerlane's tomb, the final resting lace of the Mongolian ruler, is now much less majestic than it likely once was. The crumbling mausoleum, never before opened, is now our task to explore. We approached the old stone door, finally unsealed after centuries, and slowly pull it open. In the rather dark room sits the conqueror's stone coffin. I approach the coffin and reade out the engraving.  "Whosoever disturbs my tomb shall unleash an invader more terrible than I.
"Cool beans!" Bluntly states, my second-in-command. as he pushes the top off the tomb "Oh, it's just a dead body. No gold or swag or anything. Well I'm off to get the DNA tester."
Later that day Hitler attacked. 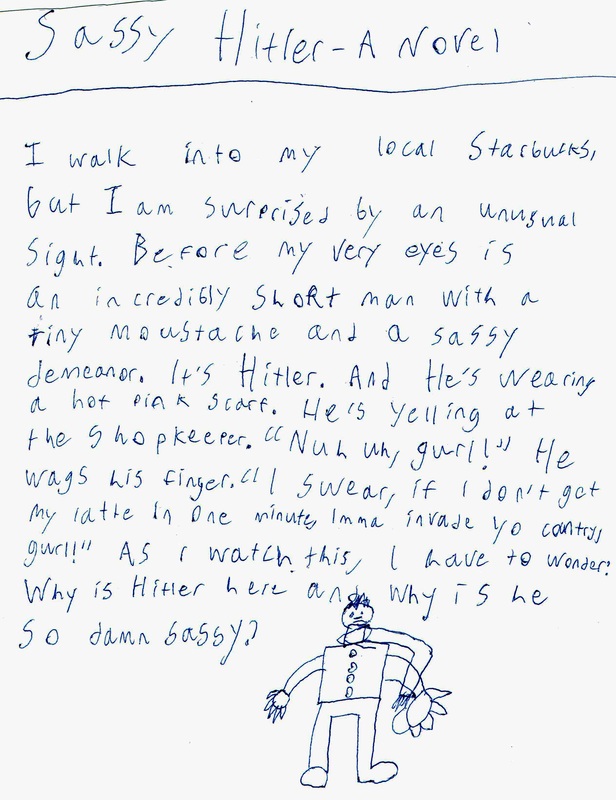 Adolph Is Too Mainstream
One night after a particularly boring day of strategy meetings, the mongol leader Tamerlane came home to his bedchamber to find the spirit of a squat angry man with a tiny mustache sitting on his bed. When Tamerlane entered the man walked up to him and jabbed him in the stomach. "Now you have intestinal cancer. You will die in six months." The man snarled. "All you need to know is that I'm even more evil than you, and if anyone finds your tomb, I will invade your homeland.
"But - but - what's your name? Tamerlane stammered.
The spirit leaned in close. "Dolph Hitler," he growled. "Because Adolf is too mainstream." 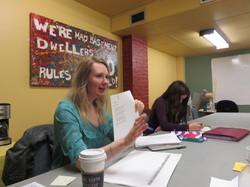 Erin Emily Anne Vance poet and writer came in to talk about publishing and poetry. We learned a lot and had a good time. If you missed it or want to know more about publishing, click the link above and head over to her website.

Fold and Pass with Pen and Panel!